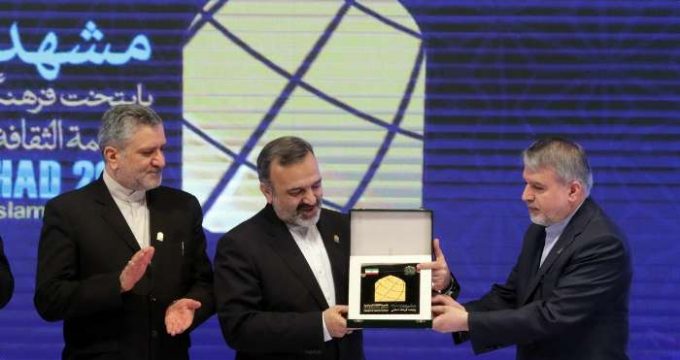 IRNA – ‘Mashad 2017’ ceremonies, kicked off officially in Mashad, the Cultural Capital of the Islamic world on Tuesday at the Imam Reza (AS) shrine in this northeastern Iranian province.

The ceremonies started with participation of over 250 political and cultural figures from 51 world countries as well as Iranian Minister of Culture and Islamic Guidance Reza Salehi-Amiri.

In today’s Islamic cultural event, a number of ministers from countries of Tanzania, Afghanistan, Pakistan, Uganda, Mauritania, Algeria and Syria have taken part.

Already, the Scientific Commission of the First International Conference on Iran-Arab World Cultural Dialogues on Moderation and Rationality was held in this holy city on Jan 22.