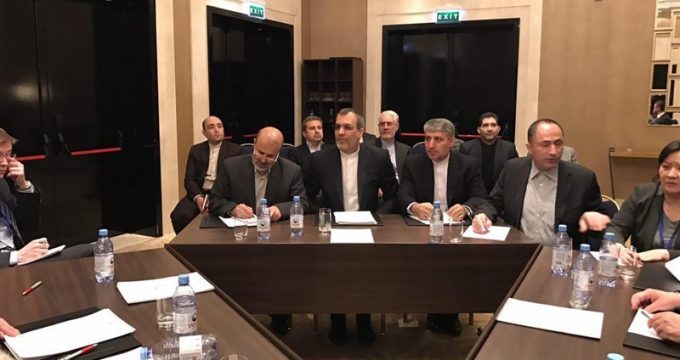 MNA– Iran’s political delegation has been accompanied by a senior military adviser to the Astana process in Rixos Hotel of the city.The military adviser sits next to Deputy-FM Hossein Jaberi Ansari in the meetings and is a Brig. Gen. in command.

Brig. Gen. Mohammad Reza Fallahzadeh is an IRGC general who had contributed to success of Syrian government forces in fighting terrorism on the ground. Yet he is also a weighty figure in diplomatic corridors and would prove valuable when addressing ceasefire and when the military issues surfaces dominant in the negotiations. Still adding to the reasons why a military figure should attend the meeting is that the majority of the opposition figures are warriors on the trenches, and when military side of the issue eclipsed the political side.

Fallahzadeh had been injured back in April 2016 when he joined the advisory group sent by the IRGC.

The practice is also followed by Turkey and Russia which have participated in the Astana meeting with some intelligence and military figures as delegation members.