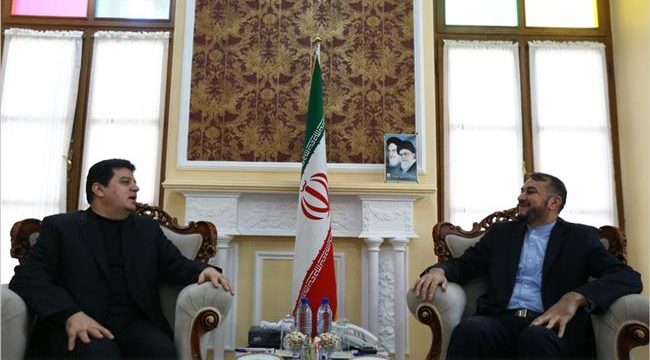 Iran warns of bids to turn terrorists into politicians in Syria

Press TV- A senior Iranian official has hailed Kazakhstan’s initiative to host intra-Syrian talks but warned against any attempts to turn the “yesterday terrorists” in Syria into the “today politicians.”

“In [finding] any political solution to [the crisis in] Syria, the yesterday terrorists must not become the today politicians,” Iranian Parliament speaker’s special advisor on international affairs, Hossein Amir-Abdollahian, said in a Saturday meeting with Syrian Ambassador to Tehran Adnan Mahmoud.

He pointed to Kazakhstan’s positive efforts to help solve the nearly six-year crisis in Syria and said the Astana peace talks would be a “suitable opportunity” to benefit from resistance of the Arab country’s people against Takfiri terrorism.

The two-day talks, mediated by Iran, Russia, and Turkey, are to involve the representatives of the Syrian government and opposition to discuss a potential solution to the conflict in Syria. The negotiations will start on Monday.

The Astana talks will be addressing issues such as the further stabilization of the all-Syria ceasefire, effective confrontation with terrorism, and intra-Syrian dialog toward the achievement of a political solution to the crisis.

Amir-Abodllahian further emphasized that the exchange of visits between the political and parliamentary officials from Iran and Syria would play a leading role in improving coordination between the two countries in support of Syria’s fight against terrorists.

“The Islamic Republic of Iran backs territorial integrity and independence of Syria and regards national dialogue and people’s vote as the best political solution to the Syrian crisis,” the Iranian official pointed out.

The Syrian ambassador, for his part, said Damascus insists on pursuing political approaches based on intra-Syrian talks without any foreign interference.

Mahmoud hailed Iran’s support for the Syrian government and nation and said his country would proceed with its campaign against terrorism.

He stressed the importance of more consultations and cooperation between Tehran and Damascus.

Foreign-sponsored militancy began in Syria in 2011. According to estimates by United Nations Special Envoy for Syria Staffan de Mistura, 400,000 people have been so far killed in the country’s crisis.