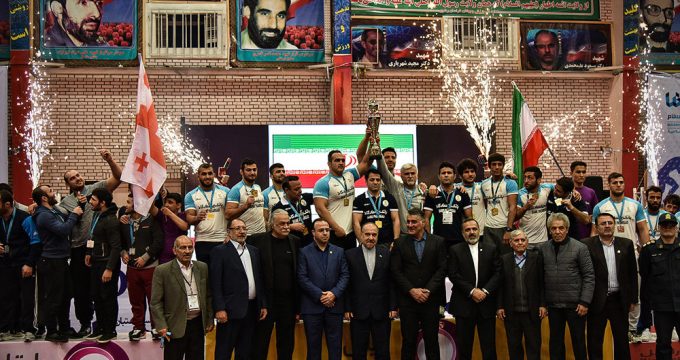 ISNA – Razavi Khorasan Pahlavani Wrestling team has been crowned as the champion of the 37th edition of Takhti Cup on Friday.

A total of 36 teams including 23 foreign teams and 13 Iranian teams participated in the highly regarded tournament.

In the two-day competition, Razavi Khorasan Pahlavani Wrestling Team defeated Russia 5-1 in the final round of Pahlavani wrestling and claimed the winner title.

Razavi Khorasan Pahlavani also defeated Iranian national team in the preliminary round of the tournament.

But in Freestyle wrestling, Iran defeatedArmenia 8-0 and crowned as the champion. Kazakhstan and Iranian Team B came third and fourth respectively.

Iranian Greco-Roman Team A defeated Georgia 7-1 and claimed the title.

Takhti Cup is a foremost annual wrestling event in Iran, is held in the memory of the late Iranian wrestler GholamrezaTakhti.