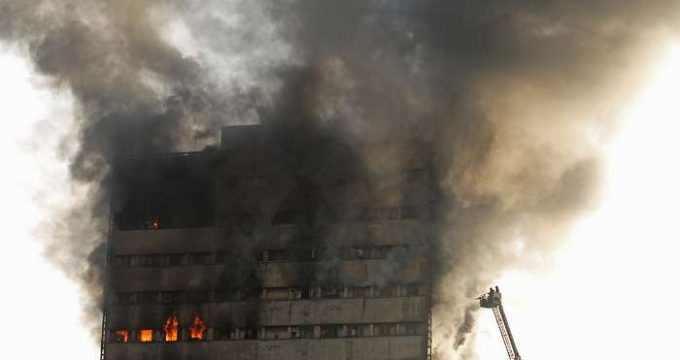 IRNA – Iranian government on Friday announced one day of public mourning due to a fire tragedy in Tehran’s Plasco Trade Center, which claimed the lives of several people, including firefighters.

Saturday (January 21) will be the day of public mourning, cabinet said in a statement released on Friday.

Head of Iran’s Emergency Medical Services, Pir-Hossein Kolivand, said on Thursday that following the collapse of the Plasco Trade Center many firefighters are feared dead.

The fire in Plasco Trade Center, which is one of the biggest in the Iranian capital, collapsed Thursday morning as the fire started in the seventeen-storey business building in the early hours of Thursday, despite efforts by Tehran firefighters to stop it.

A center for making apparel, the Plasco center soon was engulfed in a big fire that caused the collapse of a wall in the building’s northern side and its final total collapse.