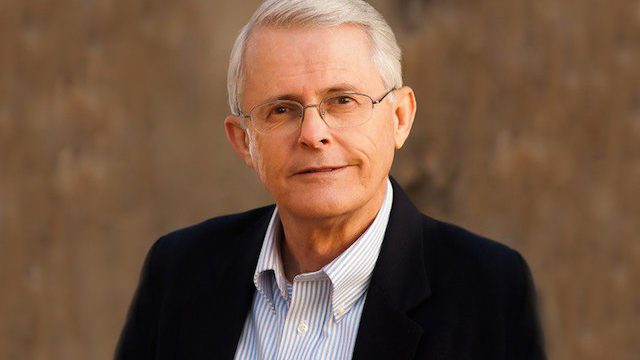 US State Senator Richard Black: The Saudi funded Wahhabism accounts for almost all of the world’s terrorist activities

American Herald Tribune– In an exclusive interview published yesterday on the official website of Iran’s leader, Khamenei.ir, Virginia State SenatorRichard H. Black harshly criticized US foreign policy in the Middle East. Senator Richard H. Black is known for his views regarding Syria and his meetings in Damascus with President Bashar Assad is seen as the boldest American politicans support for the government of Syria.

Talking about Saudi Arabia’s role in the war on Syria, Senator said, “If we succeeded in installing a Wahhabi government in Damascus, I knew that Christians, Alawites, Shiites and many Sunnis faced execution or enslavement. Saudi Arabia and Turkey were determined to dictate Syria’s form of government, and that government would be severe and brutal.

The United States allied itself with vicious dictators to overthrow Syria’s government. To accomplish the overthrow, the US, Great Britain, and France, together with Turkey, Qatar, and Saudi Arabia, armed, trained and gave diplomatic support to al Qaeda and a host of related terror groups. Saudi Arabia and Qatar funded ISIS, and Turkey was the principal ally and trading partner of ISIS for years. Even then-Secretary of State Hillary Clinton secretly discussed Saudi Arabia’s and Qatar’s pivotal role in global terrorism.

[…] the war on Syria was designed to unleash a bloodbath to empower terrorists. It was waged to advance sinister goals of tyrants in Saudi Arabia, Qatar, and Turkey. It was deeply immoral and U.S. participation in the war against Syria was unjust. I believed it must be stopped, and I have tried to do that.”

The US Senator expressed his concerns about the Saudi narrative of Islam and called it a danger for the world peace. “Wahhabism presents a profound threat to world peace. Saudi Arabia, with its vast oil wealth, has spread that viral theology across the globe. Wahhabism accounts for almost all of the world’s terrorist activity, and it is funded and exported by Saudi Arabia”, Senator Black said.

He want on to criticize the US Saudi relations and said, “in the United States, neocons act as a “deep state” that dominates U.S. foreign policy. They acquire vast power by tapping Saudi wealth and making fortunes on war profiteering. Neocons are embedded in our institutions and limit the president’s room to maneuver. Their actions badly hurt the American people, who have not benefited in the slightest from the neocons’ interventionist foreign policy.”

The Senator hopeful of Donald Trump’s presidancy added, “Trump intends to reinvigorate the American economy, which cannot be done without bringing the wars to an end. There will be an intense struggle for control of American foreign policy. Certain members of the Senate are fighting Trump’s efforts to cooperate with Russia and to shift away from our slavish devotion to Saudi Arabia.”

Virginia State Senator recalled the Saudi oil price war with the United States and said, “our Mideast policy is grounded on the outdated belief that the U.S. must support vicious Arab despots because we need their oil. We do not need their oil. The U.S. has been the world’s top oil producer since 2013 and has been the top producer of natural gas since 2011. The United States produced more than twice the petroleum and natural gas hydrocarbons as Saudi Arabia produced in 2015. We do not need Saudi Arabia anymore.

A basic failure of American foreign policy is its failure to distinguish friend and foe. For several years, Saudi Arabia waged an unsuccessful hostile price war against American oil production. Saudi Arabia was certainly complicit in the 9-11 attacks on the U.S. at some level, and most of the aircraft hijackers were Saudi citizens. The federal government has been extremely opaque in disclosing Saudi involvement but indications are that there was some high-level involvement. Saudi Arabia has dragged the U.S. into wars over oil supplies and wars to extinguish [independent] governments that force people to submit to savage Wahhabism. They are not our friends.”

The Senator also answered Iranian online media questions regarding Iran, Syria and Yemen in which he asked for a more sober foreign policy to deal with other nations.