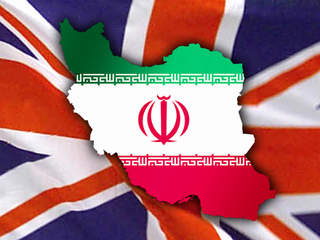 Tehran-London ties should be based on mutual respect: Deputy FM

IRNA – Any progress in Iran-Britain relations should guarantee the interests of both sides and it should be based on mutual respect, says Deputy Foreign Minister for European and American Affairs.

Majid Takht-e Ravanchi made the remarks here on Thursday in a meeting with visiting British Parliamentary Under Secretary of State at the Foreign and Commonwealth Office Tobias Ellwood.

Takht-e Ravanchi, criticizing the stance adopted by some British officials on Iran, called on all sides involved in the 2015 nuclear deal, known as the Joint Comprehensive Plan of Action (JCPOA) to fulfill all their commitments.

Iranian diplomat further said that recent stance assumed by the UK officials on Iran tend to be against the process aimed at promoting bilateral ties under the earlier agreements.

For his part, the British official said his country will try to remove the misunderstandings and the barrier on the way to further bilateral ties and it will also try to prepare the way for the full implementation of the nuclear deal between Iran and world powers, known as the Joint Comprehensive Plan of Action.

Ellwood stressed that his country follows a policy aimed at enhancing relations in different spheres with Iran, including business and economy.

The two sides also stressed the importance of holding talks on visa facilitation and consular issues during their next meeting expected to be held in London.