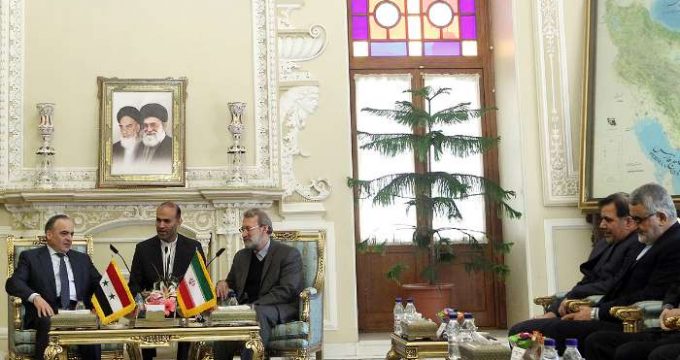 Khamis and Larijani underlined development of bilateral ties and discussed latest regional developments and the situation in Syria.

A number of Syrian top-ranking officials, including petroleum and mineral resources minister, industry minister, communications and technology minister and head of the country’s central bank accompany Khamis in his visit to Tehran.

Enhancement of Tehran-Damascus relations in the economic, strategic and infrastructural fields are also to be discussed in the meeting of the Iranian and Syrian officials.