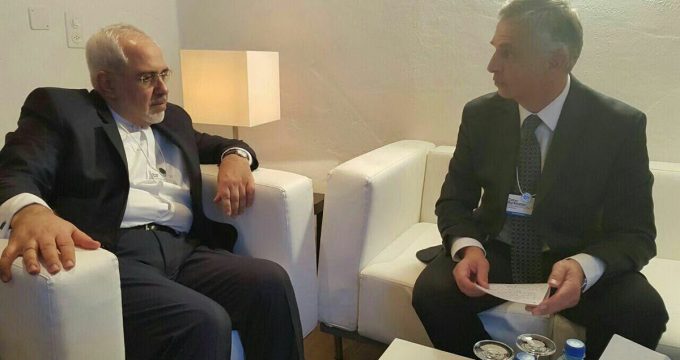 Zarif and Burkhalter expressed their satisfaction with bilateral relations and exchanged views on promotion of cooperation in banking and financial fields.

Zarif attended an unofficial meeting for discussing Syria crisis with the presence of UN special envoy for Syria Staffan de Mistura, Mogherini as well as a number of regional and European foreign ministers.

Foreign minister is scheduled to deliver a speech at World Economic Forum meeting in Davos on Wednesday.

The WEF meeting will last for four days with the attendance of world’s political and economic leaders in the ski resort city of Davos.

Zarif will leave Switzerland for Kuala Lumpur, Malaysia to attend the extraordinary meeting of the foreign ministers of the Organization of Islamic Cooperation (OIC) on the conditions of Muslims in Myanmar.