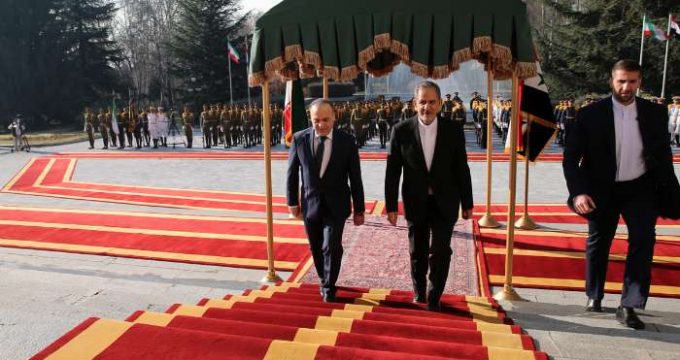 Jahangiri and Khamis are expected to ink 4 cooperation documents.

A number of Syrian top ranking officials including petroleum and mineral resources minister, industry minister, communications and technology minister and head of the country’s central bank accompany Khamis in his visit to Tehran.

Khamis trip to Iran follows Shamkhani’s last week visit to Syria where he met the senior officials of the Arab country.

Khamis and Shamkhani are expected to pursue implementation of bilateral agreements in various economic, political and security fields.

The two are also to discuss preservation and development of recent achievements made in Syria including liberation of the strategic city of Aleppo in particular.

Enhancements of Tehran-Damascus relations in economic, strategic and infrastructural fields are also to be discussed in the meeting of the Iranian and Syrian officials.

During the meeting, Shamkhani underlined intra-Syrian political dialogue and stressed that the United Nations and other effective states should only play a facilitating role in resolving the Syrian crisis.

He also noted that all parties have to try to transfer the venue of talks to Damascus as the capital of sovereign and united Syria.