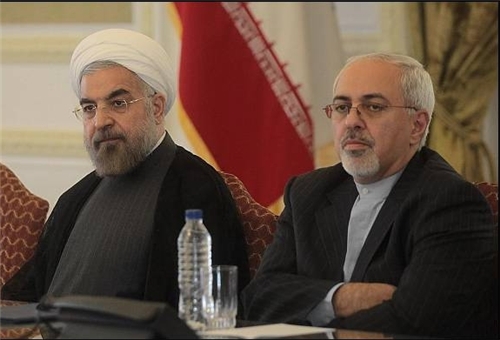 Iranian economy a year after sanctions

Financial Tribune- A year ago, Iran opened to international business after almost a decade of economic isolation, following the lifting of nuclear-related sanctions.

The implementation of the nuclear deal focused the attention of foreign investors on Iran’s huge potentials. With a young and urbanized population of 80 million (nearly two-thirds live in urban areas and 60% are under 30), Iran is the second-largest economy in the Middle East, with a GDP of $393.7 billion in 2015.

Although oil and gas remains the largest sector, Iran has diversified its economy through decades of self-reliance.

No “big bang” has happened here, but incremental developments are encouraging. These include: the reestablishment of the British Embassy in Tehran; British Airways resumes direct flights to the capital; a €5-billion agreement with Italy’s Ferrovie dello Stato to develop the rail system; and a $4.8-billion preliminary deal signed in November between the National Iranian Oil Company and a consortium led by France’s Total to develop the South Pars giant offshore gas field.

The latter is Iran’s first big energy agreement with a western group since the nuclear accord, reads an article published by British weekly trade magazine The Law Society Gazette. Excerpts follow:

Doing business in Iran remains difficult, however. US sanctions remain and are wide-ranging, with a few exceptions such as the sale of civilian aircraft.

“US Persons” (a category that includes US citizens and residents, and US companies and their foreign subsidiaries) are still prohibited from engaging in transactions with Iran or an Iranian national. The sanctions also apply to non-US persons with property and assets in the US.

A case in point involves America’s Boeing and France’s Airbus. President Barack Obama’s administration gave the aviation giants permission to sell passenger planes to Iran, but in November the Republican-controlled House of Representatives passed a bill blocking the sale. Airbus needs US Treasury approval because at least 10% of its planes’ components are manufactured in the US.

It is no surprise that, as DLA Piper’s head of international trade, John Forrest, says: “There has been an ebb and flow of confidence in becoming involved in Iran-related business.”

After the “initial enthusiasm”, there was a “dip” as investors began to assess that “not all sanctions have been lifted … a significant number remain in place”.

Iran-related bank transactions are not permitted to pass through the US financial system, making payments into and out of Iran difficult. This is not just because US banks are banned from dealing with Iranian counterparts.

European and Asian financial institutions are cautious about returning to Iran because of the multibillion-dollar fines imposed by the US Department of Justice on the likes of Hong Kong’s HSBC and France’s BNP Paribas for alleged sanctions violations since 2010.

“In terms of what a US bank can do in relation to facilitating Iranian-related transactions, the picture post-January 2016 is exactly the same as it was pre-January 2016,” Forrest said.

“For good reasons, a number of non-US financial institutions have a policy that they will not get involved in any of these transactions. A number of others will simply assess the opportunity on a case-by-case basis, having done their own due diligence and sought legal advice.”

And then there is Donald Trump. “There is a degree of uncertainty as to what approach [the] new Trump administration will take to Iran,” Forrest said.

Despite ongoing uncertainty, businesses are waking up to “realistic commercial opportunities” in Iran, Forrest says.

“The number of enquiries we are getting from clients looking to do business in Iran is increasing.”

Shortly after the UN sanctions were lifted, CMS became the first major international law firm to open a dedicated office in Tehran, to exploit opportunities in energy, technology and automotive. The firm had set up a taskforce to establish connections in Iran after President Hassan Rouhani’s election in 2013 and the start of negotiations with the West.

CMS has eschewed the more common “Iran-desk” approach of other foreign firms because of “strong interest” among its international clients in entering the Iranian market.

Iran’s economy is still dominated and heavily regulated by the state, and the country has a complex bureaucracy with slow administrative processes.

Devon- and Somerset-based private client and commercial firm Everys Solicitors signed a deal to open a branch office in Tehran on the day of the JCPOA.

“Despite geopolitical turbulence, including eight years of war with Iraq and international sanctions, Iran has shown economic resilience,” she argues.

“The country on its own has managed to survive, and that tells us that it is a good and strong market [to invest in].”

Years of sanctions dating back to the 1979 Islamic Revolution have forced Iran to diversify away from export-oriented oil and gas.

Compared with the rest of the Middle East, where law firms are relatively well embedded, Maghsoudlou suggests Iran is a largely untapped market.

Foreign firms continue to trickle in.

Eversheds has also set up an Iran Group “to facilitate a centralized approach to Iran-related work”.

Stephenson Harwood does not have an Iranian office but it does have a number of long-established local partners. The firm’s Iran team is 15 strong, with eight partners across six international offices.

“Since Implementation Day [of the nuclear deal] on 16 January, a large volume of our work out of Dubai has been advisory as international companies get their ducks in row, in anticipation of entering the market,” says Stephenson Harwood’s managing partner, Rovine Chandrasekera.

“We expect movement throughout 2017 and would hope that this initial advisory work becomes transactional as we help ease our clients back into Iran.”

So what legal advice do foreign businesses need in Iran? And in which sectors?

“One of the fantastic things about the Iranian economy is that it is wonderfully diverse,” Forrest says.

DLA Piper gets enquiries from clients in sectors ranging from automotive and consumer goods, to retail and financial services.

Parvine adds to this sector life sciences, luxury, private equity, capital markets, and hotel and leisure. He has been surprised by the “wide range of client work” that followed the lifting of sanctions.

A Dentons Europe team, including transactional lawyer Parvine, advised the first western group to enter Iran since 1979. In the wake of the nuclear deal, French hospitality group AccorHotels signed a contract with Iranian company Aria Ziggurat (a branch of Iran-listed Semega) to open its first two hotels in Tehran.

“Hospitality has been pushed, as the Iranians see this as a good way to raise foreign currency,” Rosychuk says. “We are also seeing a renewed interest in retail and technology.”

Stephenson Harwood also advises companies across the spectrum of the economy, including Iranian banks, shipping companies and those linked to aviation.

Chandrasekera expects the transport sector to expand rapidly–Iran has 54 airports and an air fleet in need of significant investment.

“We have already seen substantial growth in the aviation sector following the lifting of sanctions,” he says. “If Iran wants to compete on an international stage, then there is a real requirement for their assets and services to be updated to a level comparable to some of its Middle Eastern neighbors.”

Iran is expected to need more than $1 trillion of infrastructure investment over the next 10 years.

As Rosychuk observes, developing social infrastructure (transport, healthcare and housing) is “important [for the government] to show the economic benefits of the nuclear deal”.

Eversheds is receiving instructions in these and other “strategic sectors” such as telecoms and energy, including renewables, Tabbaa says. To support economic growth, the government plans to increase Iran’s power generation capacity from 74 GW currently to over 120 GW by the end of 2025, with renewables contributing a substantial portion of new energy generated.

Eversheds is advising a Spanish solar power company on corporate structures, employment issues, investment protection and taxation with a view to their entry into the Iranian market, as well as oil and gas service providers from Singapore and the UK.

Investors are deterred by low oil prices, US sanctions and government delays in finalizing a new oil investment contract for foreign companies that would replace unfavorable buyback terms.

Nevertheless, a number of oil and gas companies have recently sought “high-level legal and commercial advice” on doing business in Iran.

“We view this as a positive sign for that sector,” Chandrasekera said.

Iran allows 100% foreign ownership, except in industries such as nationalized oil and gas, parts of real estate, and banking and insurance.

“Most of our work revolves around corporate and commercial legal advice,” the partners say.

CMS is assisting “one of the biggest German plant manufacturers” with four joint ventures with Iranian companies, and has already advised on a cooperation agreement between Daimler and Iran Khodro Diesel.