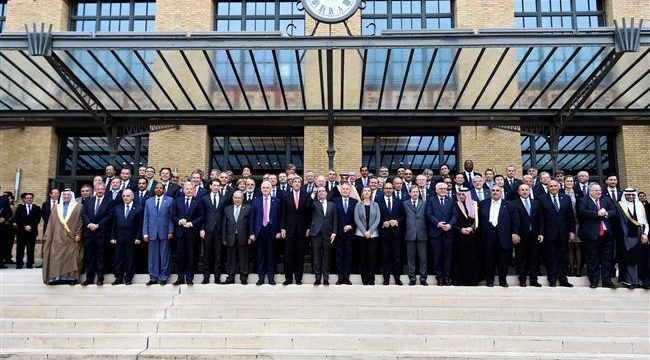 Press TV- The Palestine Liberation Organization (PLO) has welcomed the closing statement of a Middle East peace conference held in France, “which stressed the need to end the Israeli occupation.”

PLO Secretary General Saeb Erekat made the announcement on Sunday, while calling on France “to immediately recognize the State of Palestine on the 1967 borders with East Jerusalem as its capital.”

Following the conference’s conclusion, a statement was released which urged both sides to steer clear of “unilateral steps,” stressing that the basis for peace talks should be the 1967 borders, before Israel commenced its occupation of the West Bank and East Jerusalem al-Quds.

Erekat added that the conference’s participants had “created a momentum” by rejecting the “Israeli occupation and its settlement enterprise.”

He added the meeting had also delivered a message to Tel Aviv “to abide by international law” and “end its military occupation of Palestine.”

The former Palestinian peace negotiator also stressed that it is time to hold the Israeli regime accountable for its systematic violations of international law and the rights of the Palestinian people.

Earlier on Sunday, delegates from 70 countries, including key European and Arab states as well as the permanent members of the UN Security Council, came together in Paris in an attempt to rekindle the long-stalled so-called peace talks between Israel and Ramallah-based Palestinian Authority. Neither Israeli nor Palestinian representatives were in attendance.

Israeli Prime Minister Benjamin Netanyahu dismissed the international conference in Paris as “futile.” “It was coordinated between the French and the Palestinians with the aim of imposing upon Israel conditions that are incompatible with our national needs,” Netanyahu said.

The presence and the expansion of illegal Israeli settlements in the occupied Palestinian territories have been among the main reasons behind the collapse of the last round of Israeli-Palestinian talks in April 2014.

The Tel Aviv regime has defied international calls to stop its unauthorized construction activities in the occupied lands.