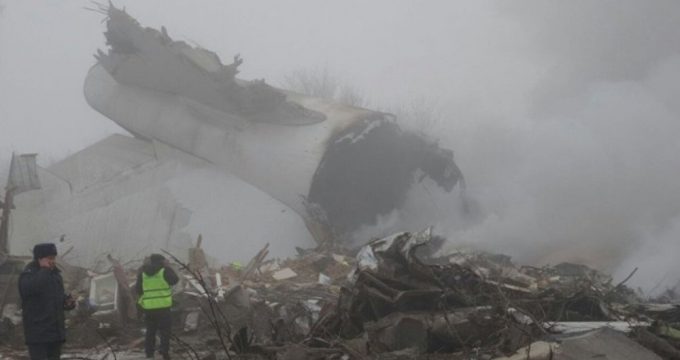 The majority of the dead were from the village of Dacha-Suu where the plane — a Turkish Airlines flight from Hong Kong to Istanbul via Kyrgyzstan’s capital Bishkek — crashed at around 7.30 am local time (0130 GMT), a spokesman for the country’s emergency services ministry was quoted by news agency AFP.

According to the airport administration, the plane was supposed to make a stopover at Manas, near the capital city Bishkek, on its way from Hong Kong to Istanbul. It crashed when trying to land in poor visibility at 7:31 local time (0131 GMT).

News agency Reuters cited Kyrgyzstan’s transport ministry saying there were five people on board. It identified the plane as a Turkish Airlines Boeing 747-400, but the company said it belonged to another Turkish firm, ACT Airlines.

“Our condolences to the families of those who have lost their lives in the tragic incident involving an ACT Airlines aircraft in Kyrgyzstan,” Turkish Airlines said on its Twitter account.

The doomed plane damaged 15 buildings in the village, said Mukhammed Svarov, head of crisis management centre at the emergencies ministry.

Rescue workers have recovered the body of a pilot and 15 villagers, the healthcare ministry said.

(with inputs from AFP and Reuters)