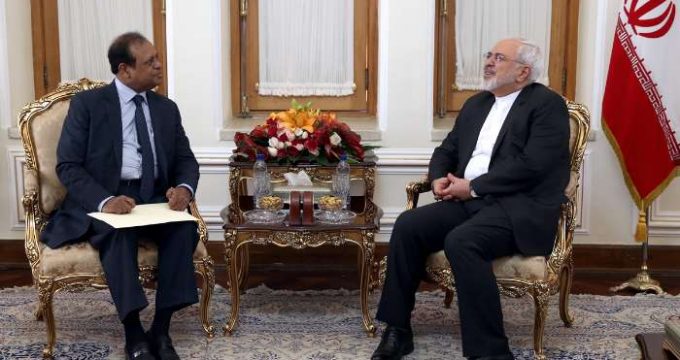 MNA– In a meeting with Iran’s FM Zarif, Sri Lankan Minister of Science announced that his country is still interested in purchasing oil and related products from the Islamic Republic.

During the meeting, Zarif noted the long-standing friendly ties between the two countries, adding “based on its foreign policies, the Islamic Republic of Iran holds expansion of relations and cooperation with Asian countries, including Sri Lanka, in high regard.”

Zarif noted the lift of international anti-Iranian sanctions following the implementation of the nuclear deal, expressing hope for further development of bilateral ties with the removal of the remaining financial obstacles affecting Iran-Sri Lanka’s relations.

Premajayantha, for his part, expressed his satisfaction with the positive view of the Islamic Republic toward his country, highlighting further efforts for removing some small obstacles to boost the two countries’ cooperation on energy.