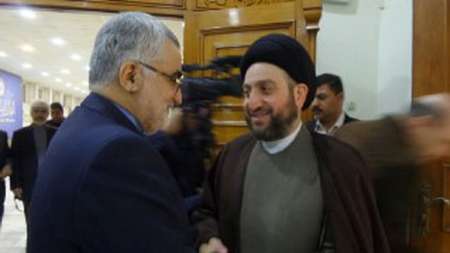 In the meeting, the two sides discussed Iraq and regional issues and expansion of bilateral ties.

Campaign against terrorism and the post-Daesh conditions were among other topics discussed by the two sides.

Boroujerdi, who is in Baghdad to attend the two-day ‘Baghdad Dialogue Conference and Future of Iraq after Daesh’, met with Iraqi Foreign Minister Ibrahim Ja’fari as well and they exchanged views on regional developments.

He is due to meet with President Fuad Masum, Prime Minister Haydar al-Ebadi, Vice-President Nouri al-Maliki and Parliament Speaker Salim al-Jabouri and several other officials during his stay in Iraq.