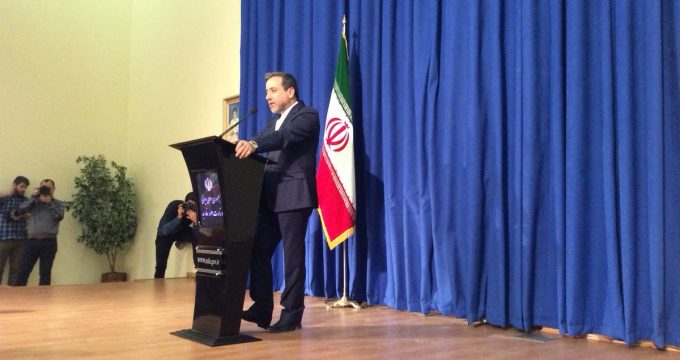 Mr. Abbas Araghchi is currently responding to many questions in Tehran. He defended the deal as opening many opportunities for Iran’s economy bringing many Europeans to Iran. However, Mr. Araghchi criticized the general trend in the country’s political arena to interpret the deal in line with their parochial partisan interests which he believed indicated a sort of political development and a progress in party system of the country.

Mr. Araghchi’s defense of the JCPOA reiterated the modest success the government had been citing as an outcome of the deal: small openings for Iran’s financial system to do transactions with global banking system at large. Peaceful cases of uranium enrichment was also cited as groundbreaking where Iran’s nuclear program was not deemed threat to international community.

Araghchi also said that Iran was in the road to industrial enrichment which would meet the domestic needs as well as provide material for exports.