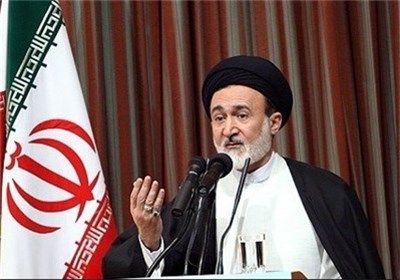 Iran to focus on compensation, blood money in talks with Saudi officials

IRNA – The Supreme Leader’s representative for Hajj and Pilgrimage Affairs Hojjatoleslam Ali Qazi Asgar said that Iran is going to focus on security issues, legal proceedings, compensation and blood money for the martyred Iranian pilgrims during coming meetings with the Saudi officials.

He said his organization has already arranged several meetings with domestic officials to focus on the issues to be raised during the meeting with the Saudi officials on Feb. 23.

The official said no conditions are set yet by Iran for the talks as the officials are waiting for the meeting to unfold to see what issues emerge as priorities.

He said during numerous meetings so far inside the country, the Iranian officials have highlighted the importance of raising the issues of legal proceedings, compensation and blood money for the martyred Iranian pilgrims killed during the 2015 Hajj catastrophic incidents.

The official further said that once any conclusions are reached with the Saudi officials during the February meeting, Iran will immediately start necessary executive measures to dispatch pilgrims to Saudi Arabia for 2017 Hajj rituals.

Iran did not attend the Hajj annual congregation in 2016, but Tehran was not to cancel the Hajj, it happened due to delayed actions made by the Saudi officials, the official added.

In 2016, said the cleric, ‘Saudi Arabia did not accept Iran’s conditions, including providing consular assistance for Iranian pilgrims for times when there is a problem, therefore the Hajj pilgrimage was cancelled last year.’

Expressing hope for providing a better situation for this year’s Hajj pilgrims by the Saudi officials, Qazi Asgar said, ‘We will do our best to hold the Hajj pilgrimage this year.’

‘The host country should prepare the ground for Hajj pilgrimage,’ Qazi Asgar added.

Iranian pilgrims are exemplary among all the Hajj pilgrims, he noted.

Qazi Asgar said, ‘Iran has no condition to make for attending Hajj ceremony, but there are some issues that should be resolved and if not, there will be problems for dispatching the pilgrims.’

He expressed hope that those issues would be resolved in the upcoming negotiations in February.

About 500 Iranian Hajj pilgrims were killed during Hajj annual congregation in 2015 when, according to reports, two large groups of pilgrims arrived together at a crossroads in Mina, a few kilometers east of Mecca, on their way to performing the ‘Stoning of the Devil’ ritual at Jamarat.

Thousands of pilgrims were killed, including 464 during the stampede in September 24, 2015.

The annual Hajj is one of the five pillars of Islam which devout Muslims must perform at least once during their lifetime.

The event initiated an international wave to condemn the incompetence and mismanagement of the Saudi officials in administrating Muslims largest annual ritual.