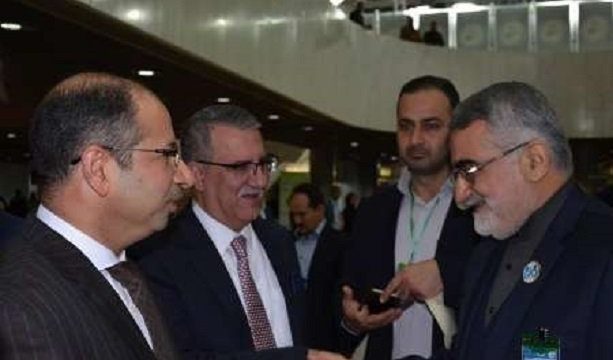 MNA – Head of Parliament NSFPC Alaeddin Boroujerdi and Iraqi Parl. Speaker Salim al-Jabouri met in Baghdad on Sun. to confer on regional issues and the future of Iraq after the defeat of ISIL terrorists.

During the meeting, the two sides also conferred in details on challenges currently facing Iraq, fight against terrorism, and the future of the Arab country after achieving complete victory against ISIL terrorists, as well as the general situation in the Middle East, particularly in Syria.

Back on Jan. 3, Former Iraqi prime minister and current VP Nouri al-Maliki visited Tehran with an aim to consult with Iranian officials on how to deal with possible threats following ISIL elimination in Iraq. “Despite the victories achieved, we are still doubtful that settling this conflict will not lead to another one in the future,” al-Maliki had said, going on to call for further cooperation with Iran on regional issues and combating terrorism.

Boroujerdi arrived in the Iraqi capital to attend the two-day Baghdad Dialogue Conference that kicked off on Saturday to outline post-ISIL scenarios with a focus on “Iraq’s security, a multi-party political system, reconstruction and regional stability”.

Boroujerdi also extended the invitation of Iran’s Parliament Speaker to al-Jabouri for participation at Palestine International Conference to be hosted by Iran in February.