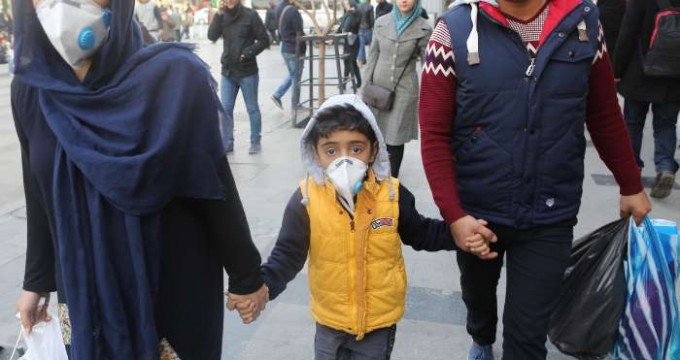 Financial Tribune- Air pollution costs Iran about $20 billion annually, which can be used to purchase 20,000 subway cars or establish 140 power plants, 60 stadiums with a 50,000-seat capacity and 900 60-hectare parks, the chairman of the Iranian Parliament’s environment group said.

“In fact, air pollution costs are three to four times more than the government’s development budget,” Mohammad Reza Tabesh was quoted as saying by the Persian monthly Ayandeh Negar.

In a major study of the economic costs of indoor and outdoor pollution, the World Bank found that in 2013—the year to which the latest estimates belong—Iran lost nearly 2.3% of its gross domestic product to air pollution-related costs (around $30 billion using 2011 as the base year for dollar exchange rate).

The bank believes air pollution costs the world trillions of dollars a year and severely impedes the development of many countries.

Air pollution is the fourth leading cause of premature deaths worldwide behind smoking, diet and obesity, and is known to lead to cancers and heart, lung and respiratory diseases. While pollution-related deaths mainly strike young children and the elderly, premature deaths also result in lost income for working-age men and women.

Without including the costs of treating illnesses linked to pollution, World Bank calculated that in 2013 premature deaths alone cost the global economy about $225 billion in lost work days.

Iran’s Department of Environment releases a daily air-pollution index—also referred to as an air-quality index—which rates air quality based on the health risk it represents. Anything above 100 is bad news.

In Tehran, the index regularly hits 150 in fall and winter, putting everyone’s health at risk.

Head of the department, Massoumeh Ebtekar, said environmental problems cost Iranian people about $9 billion in 2010, whereas currently the damage is estimated to hover around $30 billion per annum.