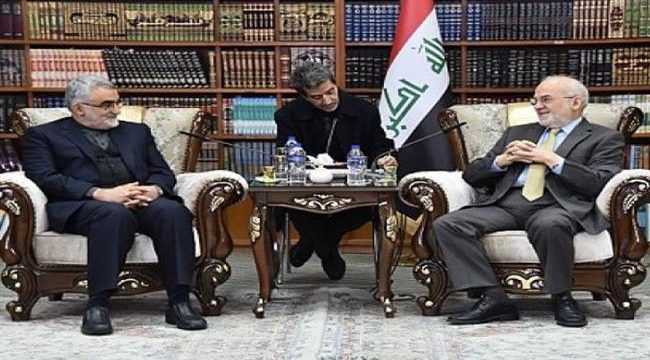 Press TV- The chairman of the Iranian Parliament’s Committee on National Security and Foreign Policy and the Iraqi foreign minister have held talks on issues pertaining to Tehran-Baghdad relations and the latest developments in the Middle East, particularly Syria’s nearly six-year crisis.

In a meeting with Iraq’s Foreign Minister Ibrahim al-Jaafari in Baghdad on Friday, Alaeddin Boroujerdi said the two countries have strategic and important relations.

Tehran and Baghdad must enhance their economic cooperation and trade level, the senior Iranian lawmaker added.

The Iranian legislator also said the forthcoming negotiations between representatives from the Damascus government and foreign-sponsored opposition groups in the Kazakh capital city of Astana on January 23 would be an important step toward finding a political solution to end the Syria crisis.

Syrian President Bashar al-Assad said on January 8 that he is “optimistic” about the upcoming peace negotiations in Astana and added that Damascus is “ready to negotiate” with some 91 armed opposition groups.

The negotiations, which exclude the Daesh and Jabhat Fateh al-Sham Takfiri terrorist groups, will be mediated by Russia, Turkey, and Iran. The three countries successfully implemented a similar accord in December following the defeat of militants in Syria’s northwestern city of Aleppo.

The Iraqi foreign minister, for his part, said Tehran and Baghdad are on the right course with respect to strengthening relations.

Jaafari also added that his country has always supported the government of President Assad at international bodies, including the Arab League.

An Iranian delegation, headed by Boroujerdi, is in Baghdad to attend a conference, scheduled to be held on Saturday, on the future of Iraq after the elimination of Daesh terrorists.

Syria has been fighting foreign-sponsored militancy over the past almost six years. UN Special Envoy for Syria Staffan de Mistura estimated in August last year that more than 400,000 people had been killed in the Syrian crisis until then. The UN has stopped its official casualty count in Syria, citing its inability to verify the figures it receives from various sources.

Millions of Syrians have been fleeing the conflict in their home country to neighboring states, including Lebanon, as well as elsewhere in the world.