A Look at Iranian Newspaper Front Pages on January 12

They also covered US President-elect Donald Trump’s first press conference and his clash with an American reporter.

1- Ayatollah Hashemi’s Will: After 1979 Revolution, Nothing Was Added to My Properties 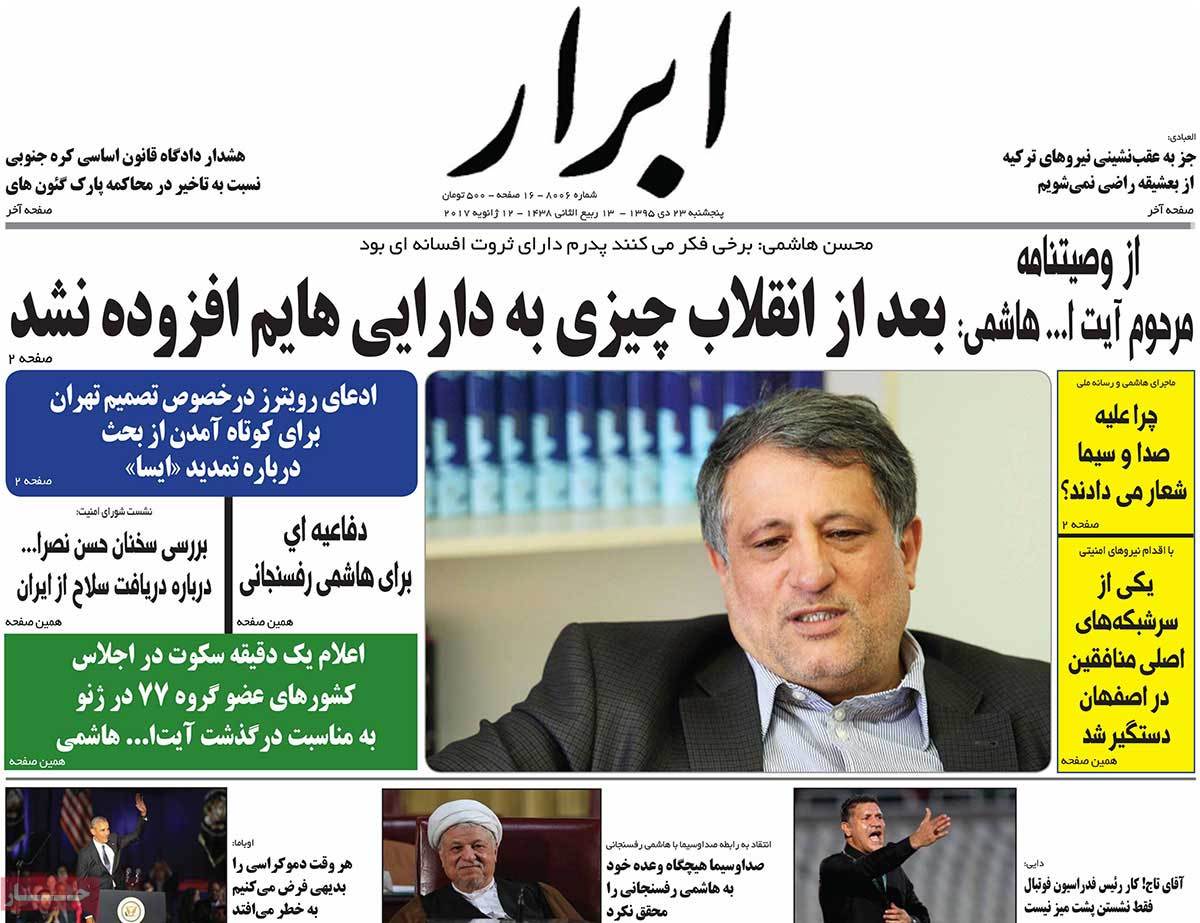 3- End of Vienna Talks amid Rumours 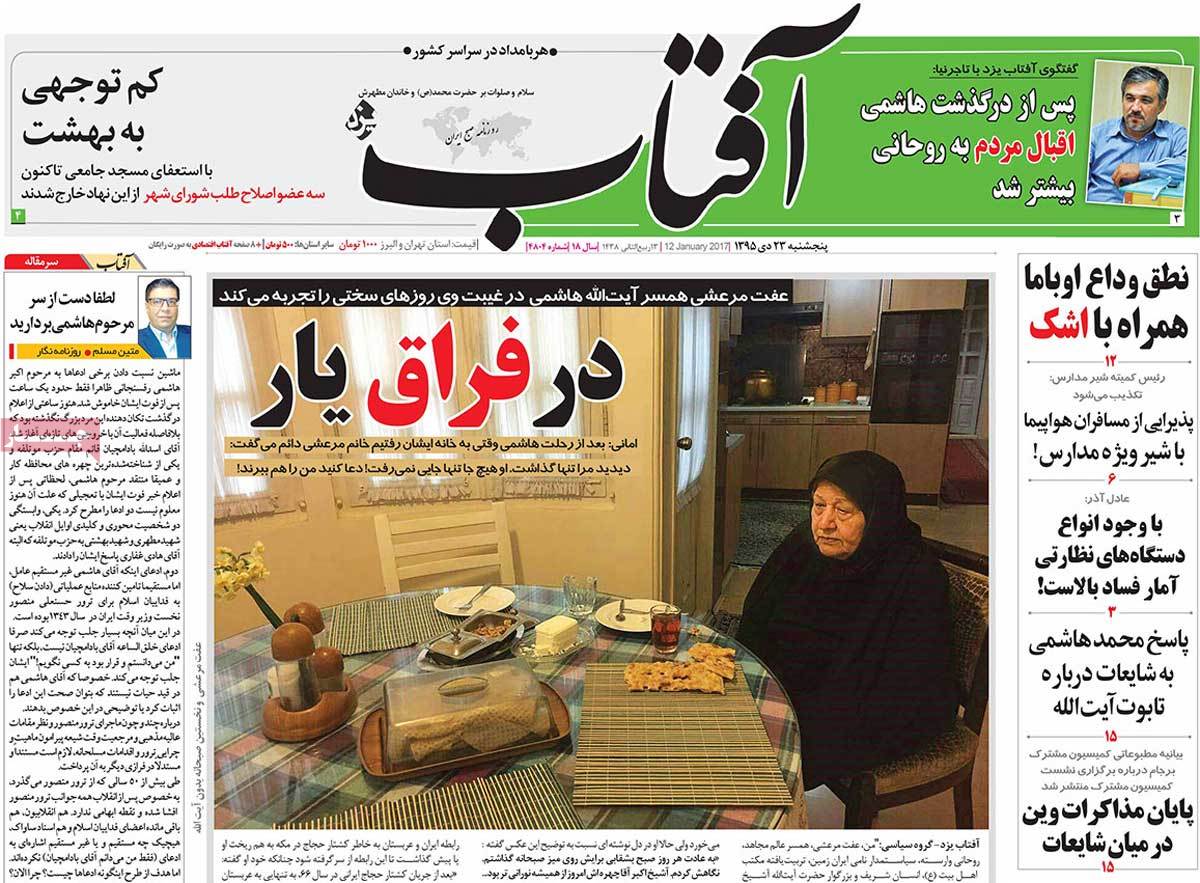 2- Ayatollah Hashemi’s Will: Son Says Hashemi’s House Was a Rented One 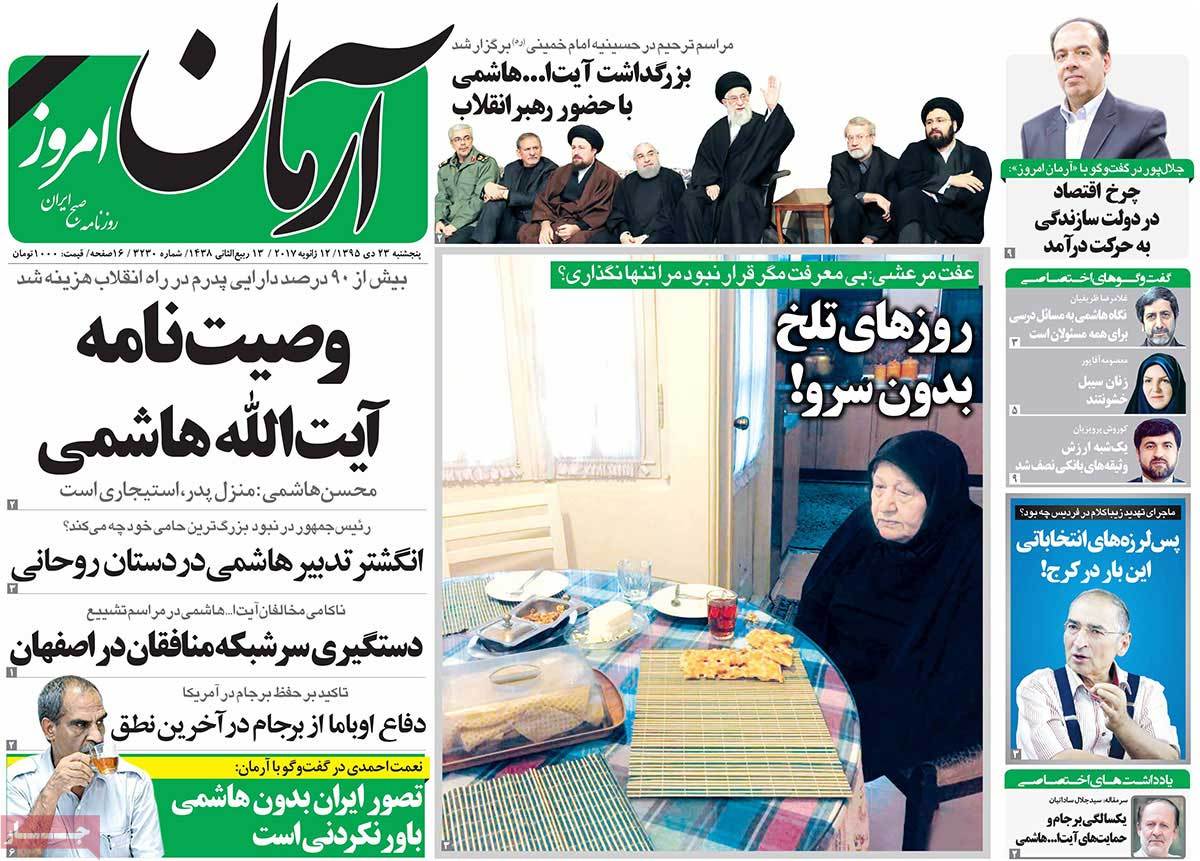 3- Empty Seat of Ayatollah: How Are His Replacements Appointed? 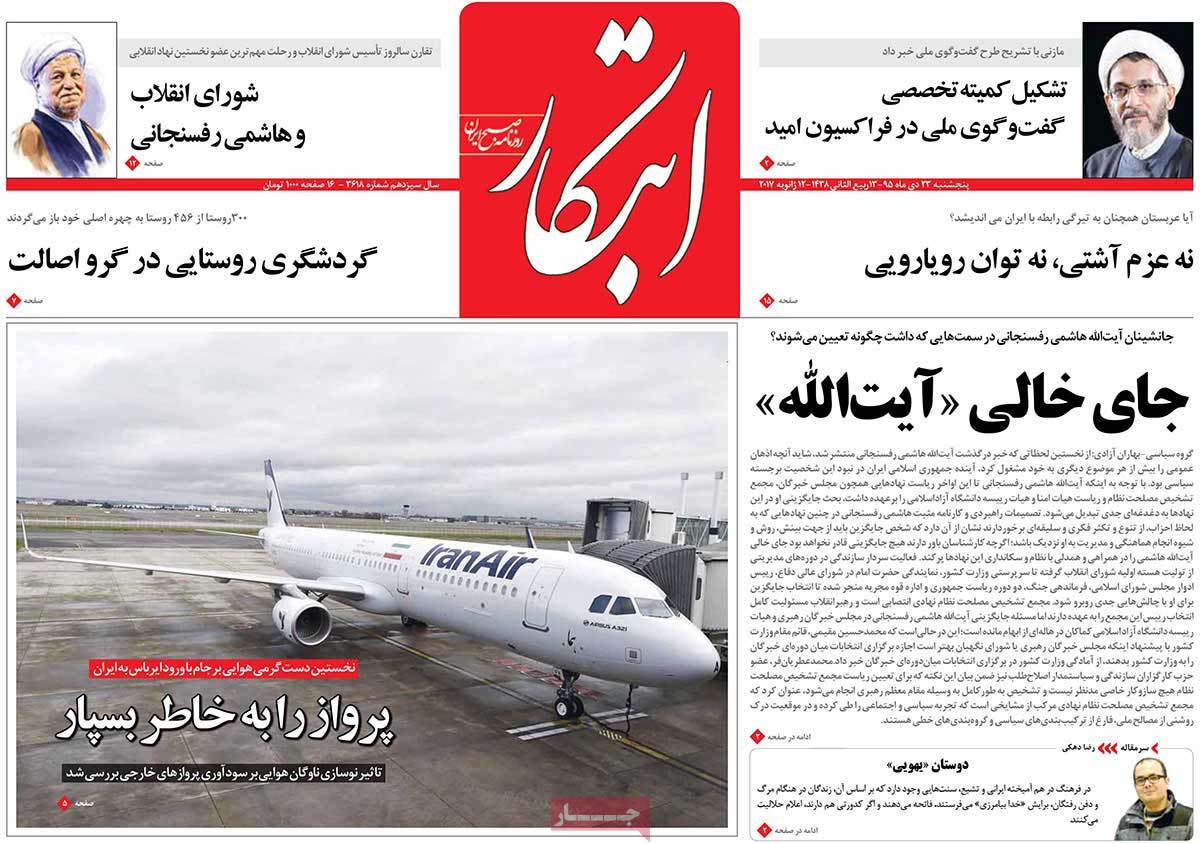 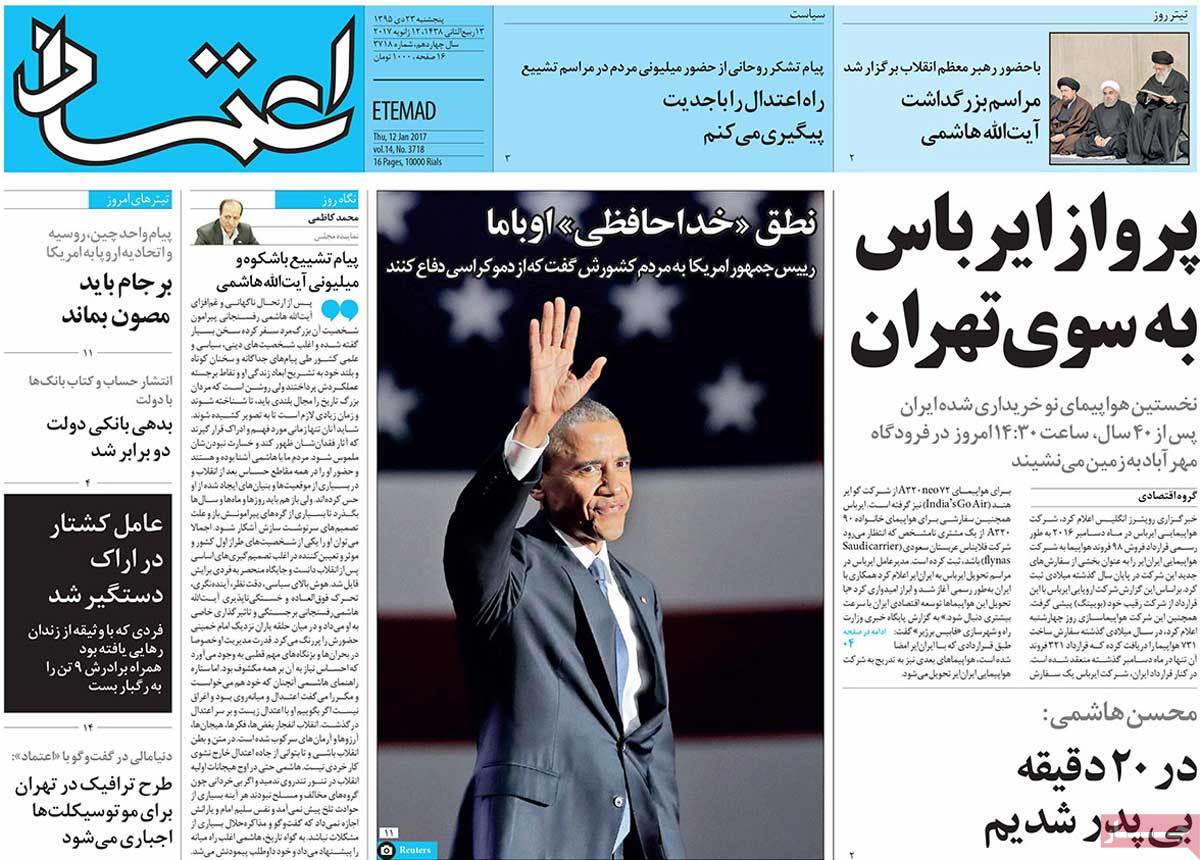 1- Practical Step in Aviation Industry after JCPOA: First Plane Purchased from Airbus Is an A321 with a Capacity of 190 Passengers 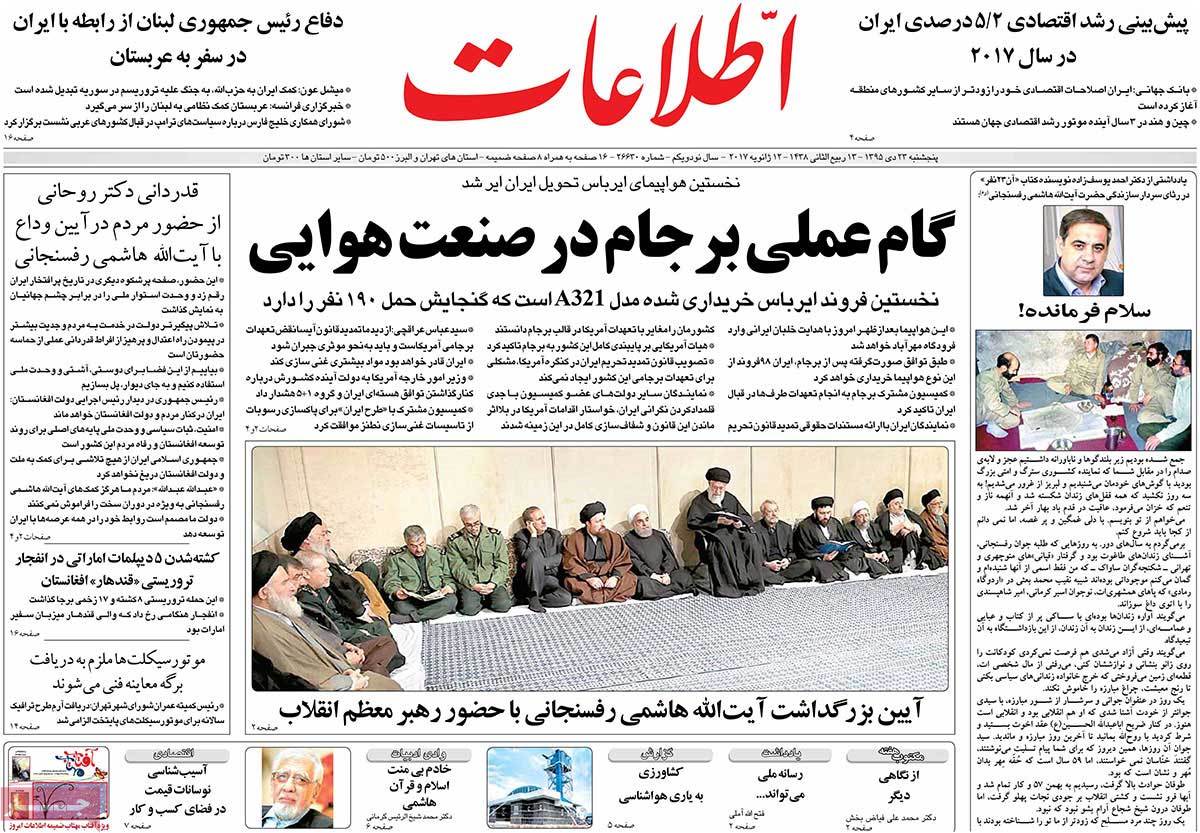 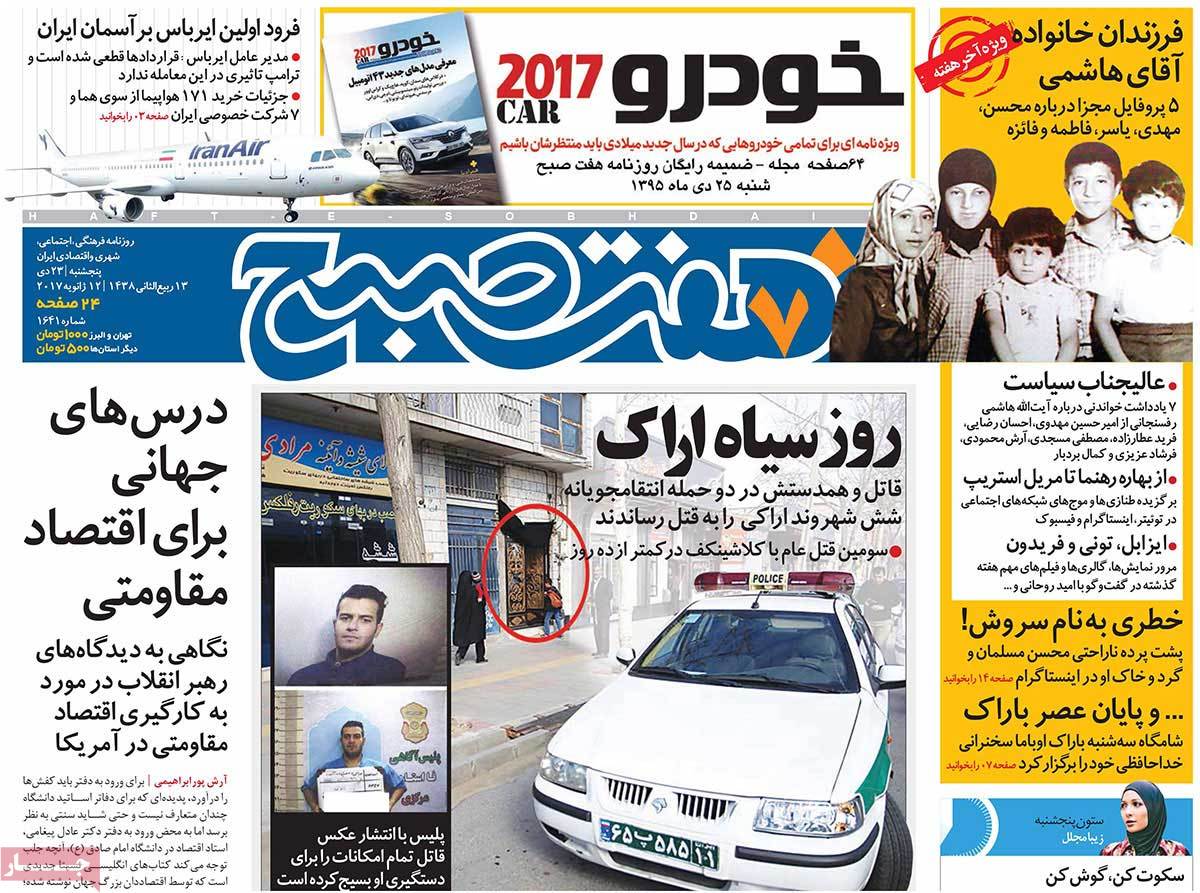 1- Russia’s Influence on New US President; Kremlin Says the Claims Are Part of Efforts to Damage Moscow-Washington Ties 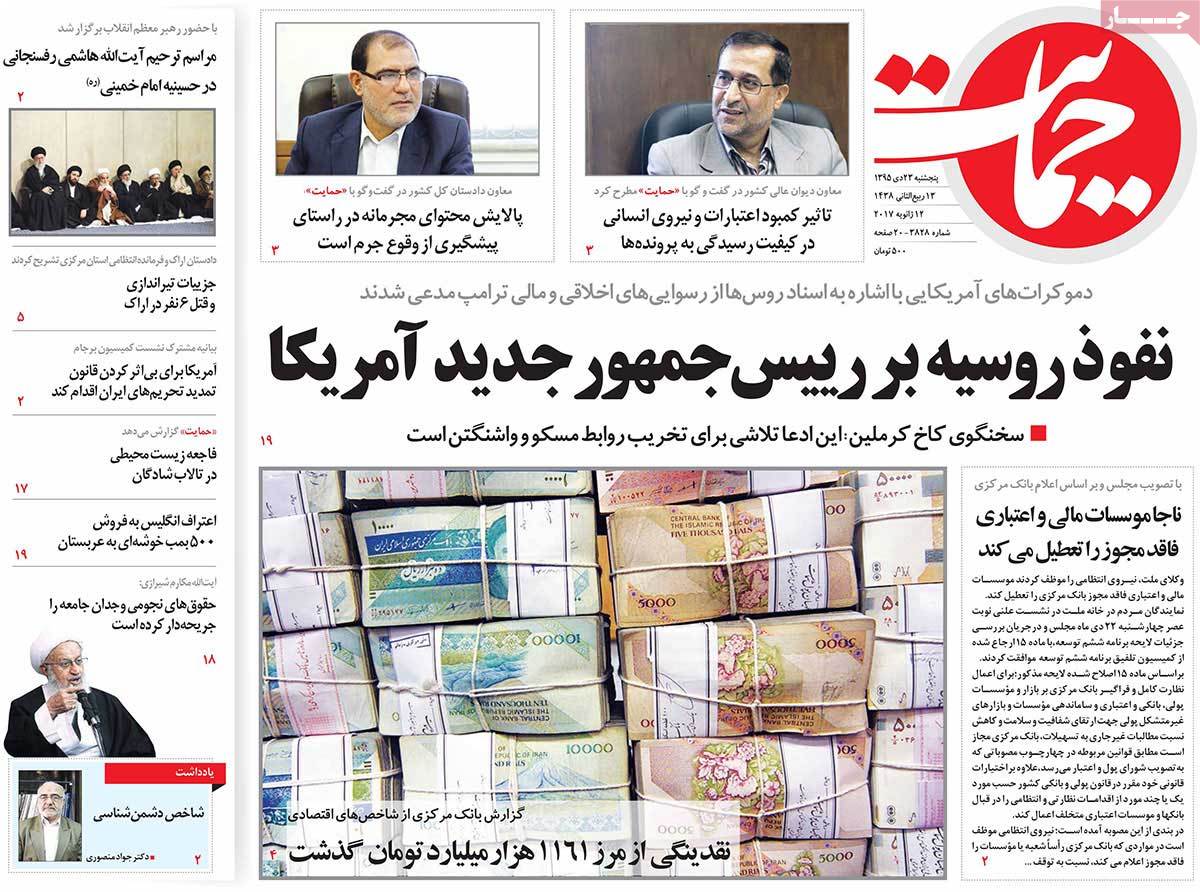 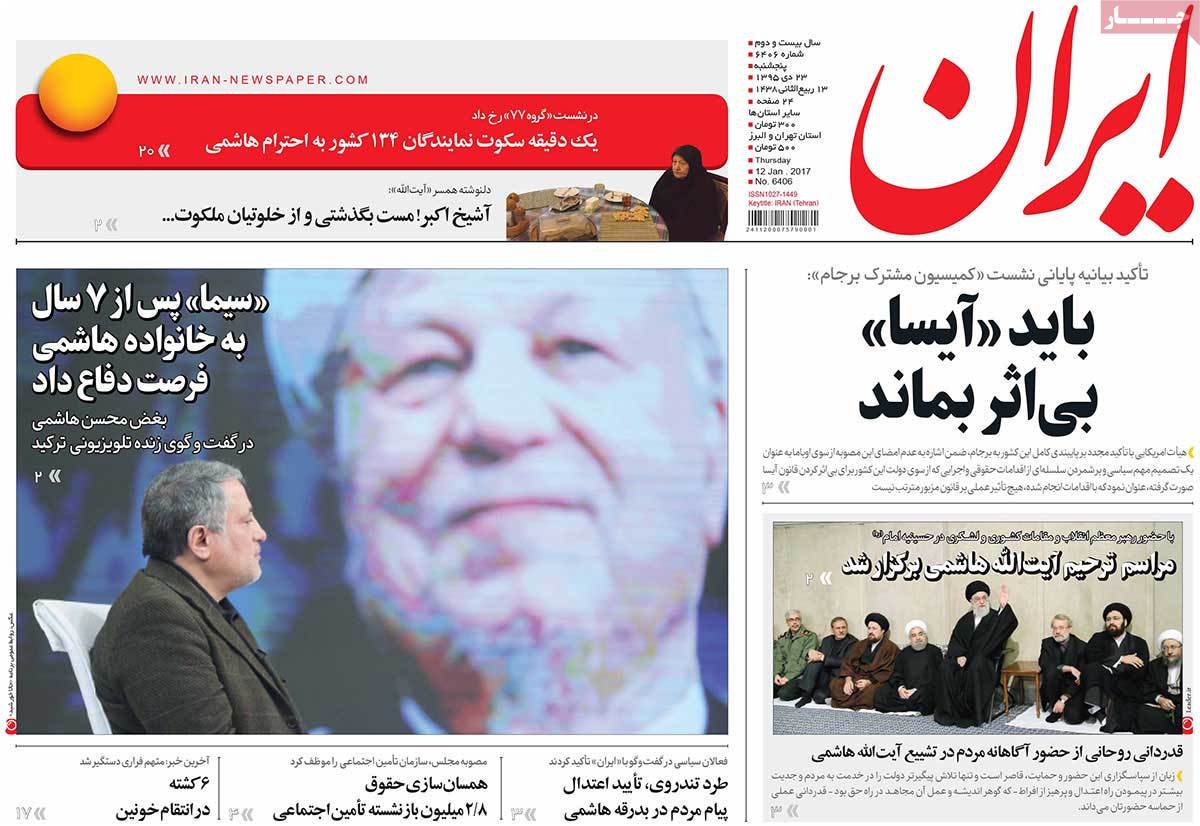 1- Selling Oxygen in Polluted Air: A Report on Pseudo-Jobs Created after Increase in Air Pollution

4- Growth of Marijuana Use among Young Iranians 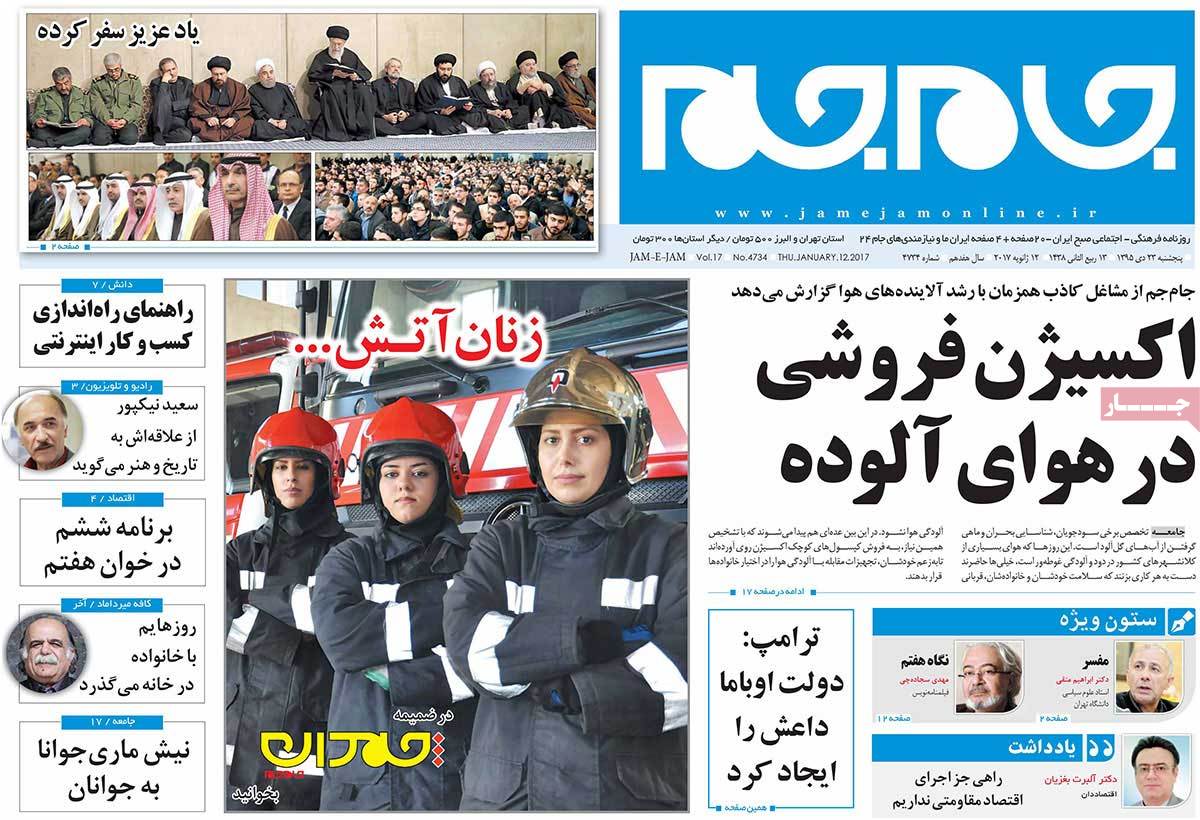 2- JCPOA Violation Taken for Granted; Iran’s Deputy FM Said No in Response to a Reporter Who Asked ‘Will You Pursue Violation of Nuclear Deal’

3- West Is Starting a Psychological War by Claiming that Russians Are Bypassing Iran: Analyst 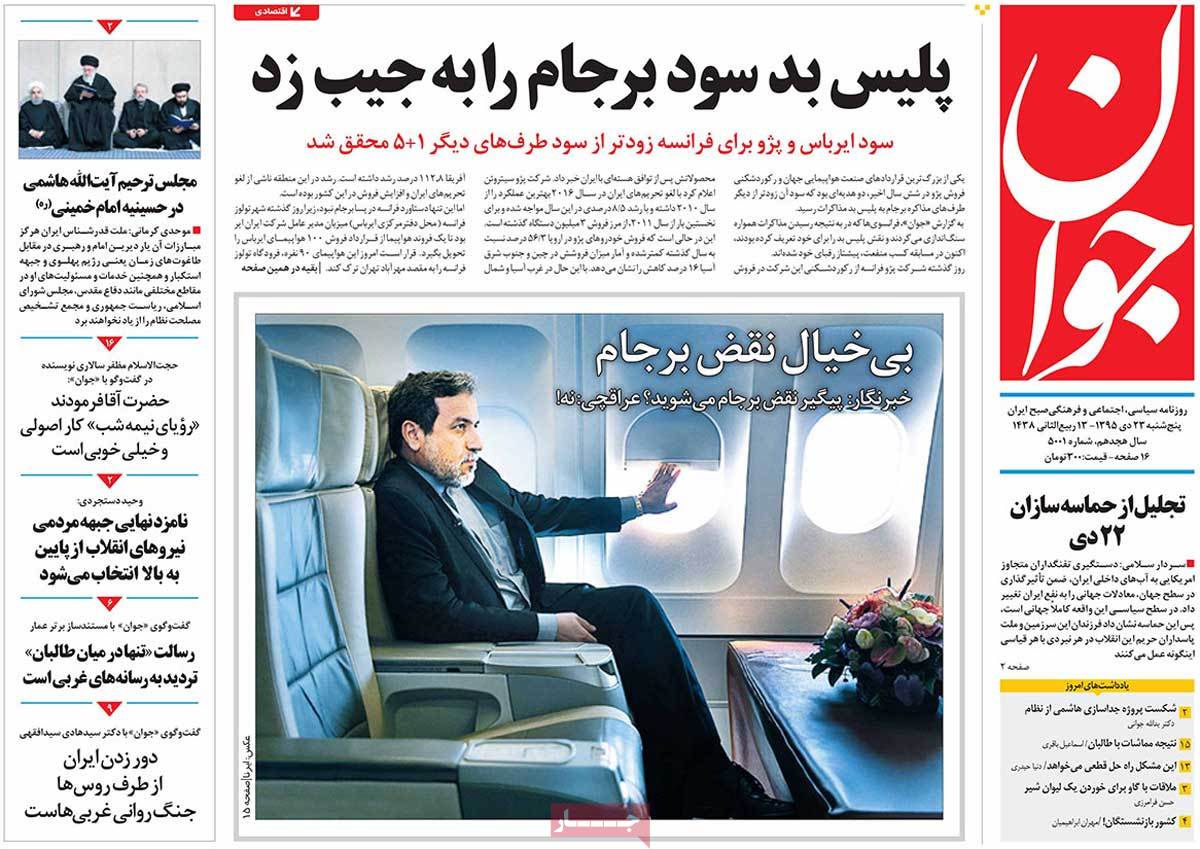 3- 5 Emirati Diplomats Killed in Afghanistan; Taliban: We Didn’t Do It

4- Peugeot: We Broke Our Six-Year Record by Selling Our Cars to Iran 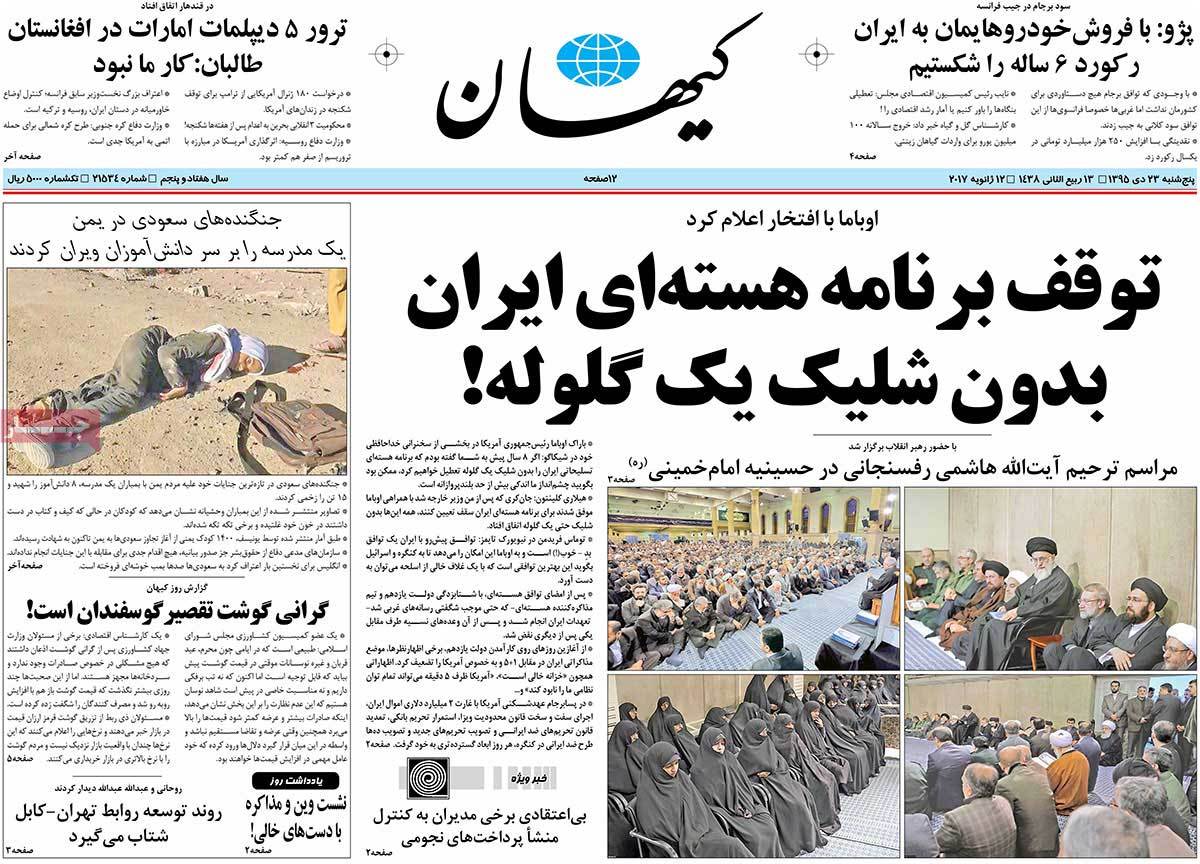 1- Sanctions to Be Suspended until Iran’s May Presidential Votes! This Is Achievement of Iranian Negotiators after Bargaining with US in JCPOA Joint Commission Meeting

2- Warning against an Iran without Villages 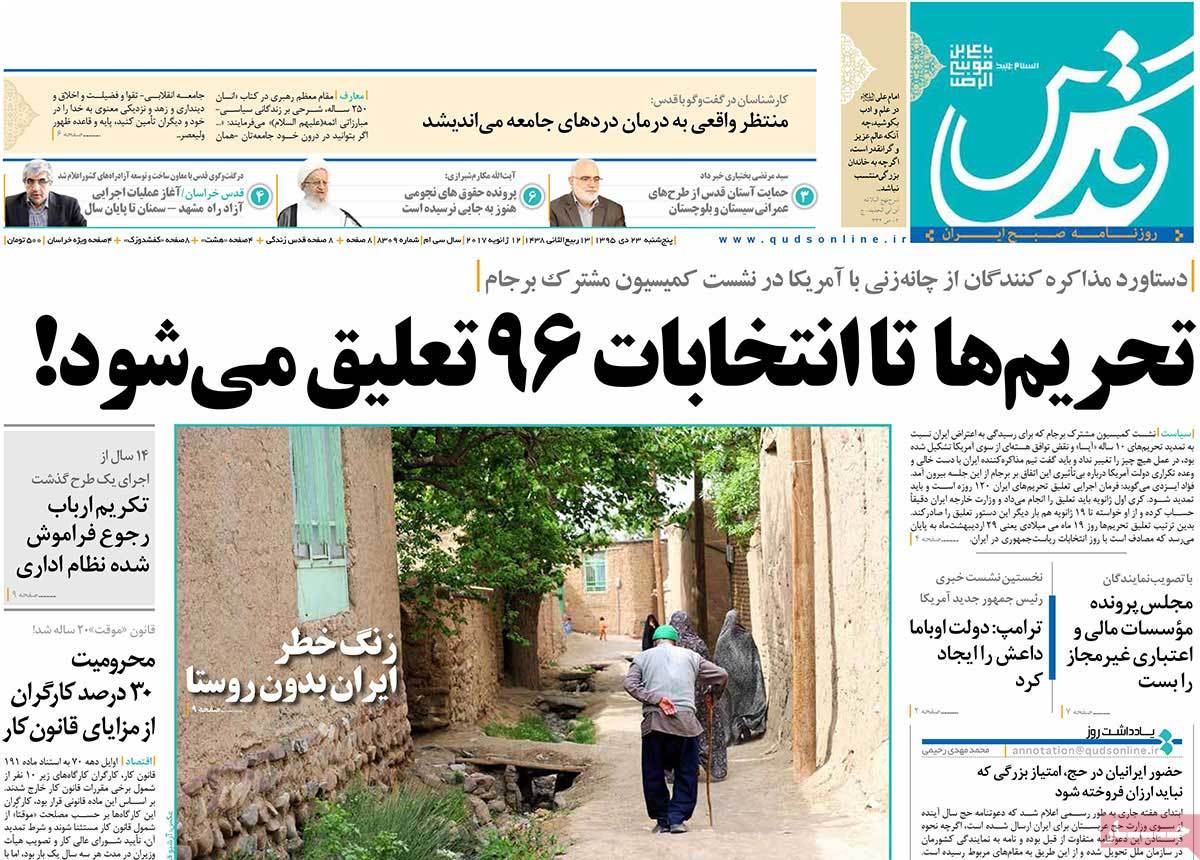 1- Ayatollah Makarem Shirazi: Nothing Is Heard about Case of Astronomical Salaries Given to Certain Executives

2- Obama: JCPOA Is One of Biggest Achievements of My Administration 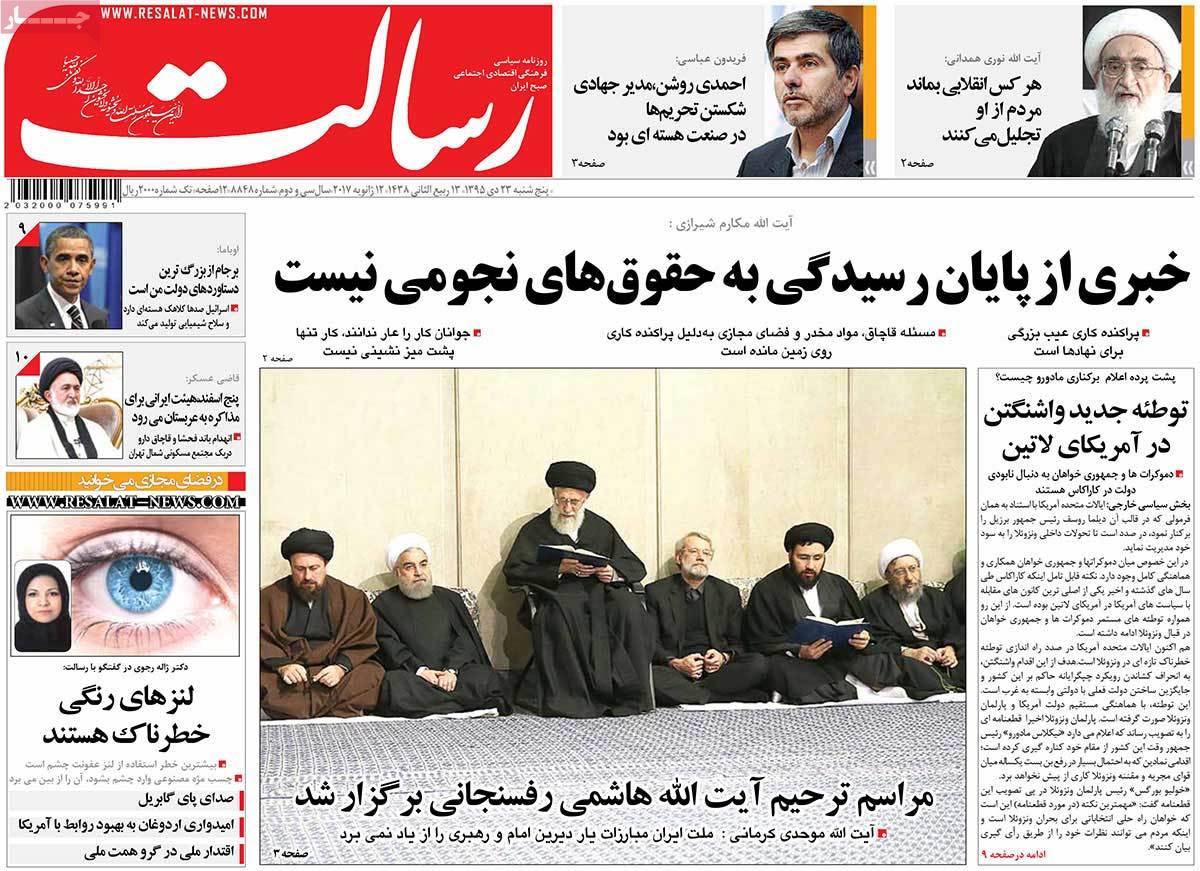 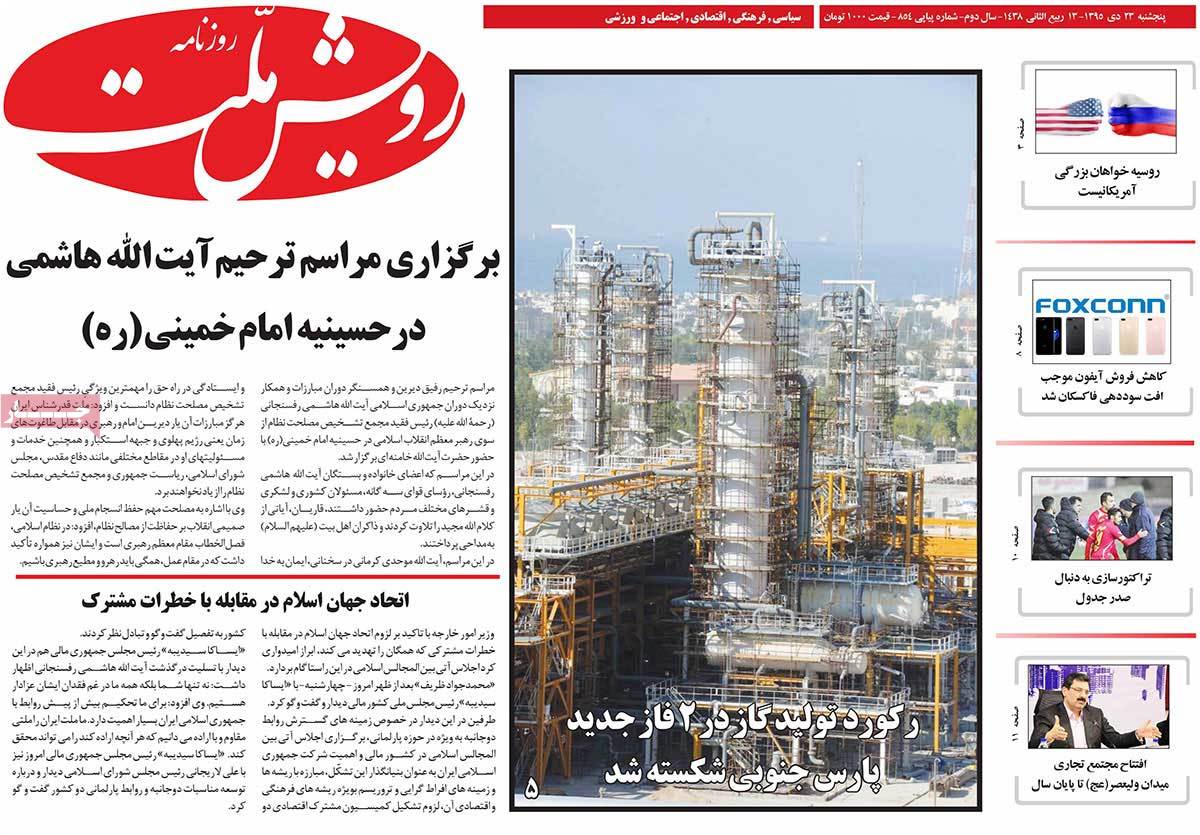 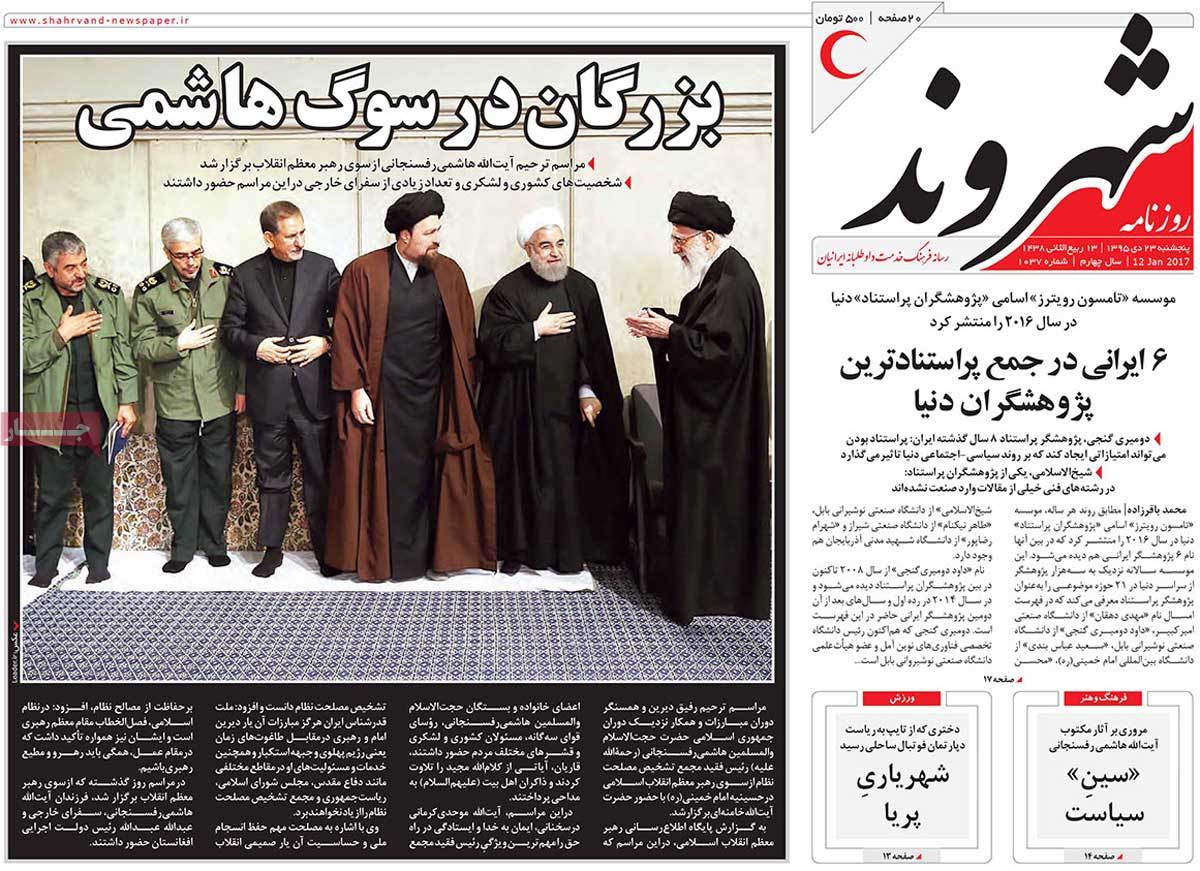 1- Keep Quiet, I Won’t Answer You: Trump in First Presser to American Journalist

2- Trump: There’s No Deal with Moscow; If Putin Praises Me, This Is Our Winning Card 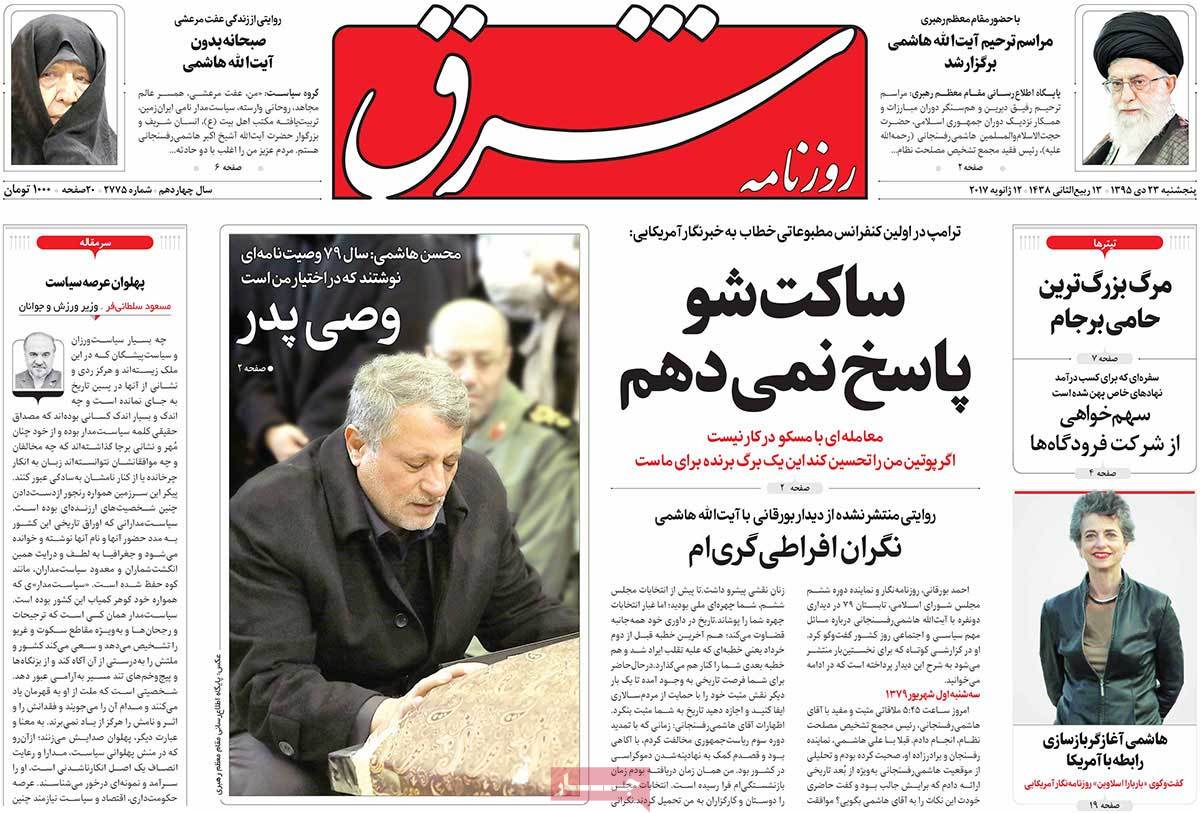