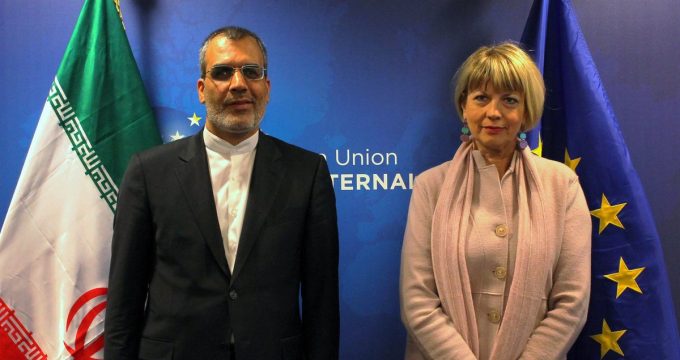 “All parties to the talks need to work for reaching a political solution to the Syrian crisis,” Jaberi Ansari said.

He reiterated that the humanitarian issue remains to be the major issue which needs immediate action.

In relevant remarks in October, Iranian President Hassan Rouhani expressed regret for the hard situation that certain regional states are bearing due to the enemies’ interference and plots, and said Tehran will continue to support and assist Syria.

“Unfortunately, today many Muslim states in the region have been entangled in enemies’ plots, and people in different regions, including Yemen, Iraq, Syria, Libya and Afghanistan are tolerating hard conditions and big problems,” Rouhani said in a meeting with Syrian Parliament Speaker Hadiya Khalaf Abbas in Tehran.

He described sending humanitarian aid to the Syrian people as the most important priority of the war-torn country, and said, “The Islamic Republic of Iran is committed to its principles, and because terrorism is a major problem for the region and the world, it believes that the Syrian people should be helped to root out terrorism in their country, and other countries have no other option, but the path of war against terrorism.”

“The Islamic Republic of Iran will continue to help Syria in line with its policy of fight against terrorism and establishment of security in the region,” Rouhani said.