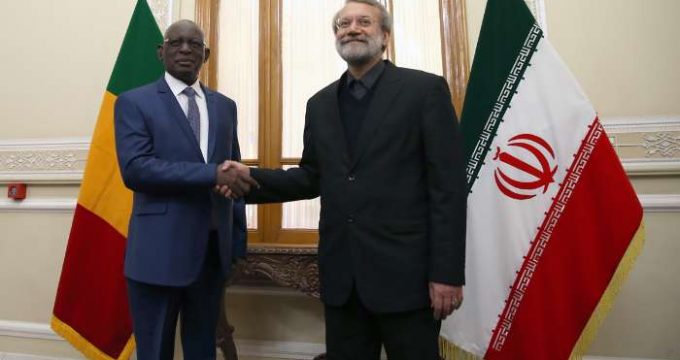 Tasnim – President of the National Assembly of Mali Issaka Sidibe said his country has common views with Iran on the issue of Palestine, criticizing the UN actions against the Palestinian nation over the past years.

He then praised Iran’s efforts in support of Palestinians, stressing that Mali will vigorously attend a pro-Palestinian conference in Iran, slated for February.

For his part, the Iranian speaker noted that Tehran and Bamako’s analyses of crises in Islamic countries are identical, bemoaning the fact that the issue of Palestine has been overshadowed by these crises.

He further hailed Mali as a major African country, saying good talks have been held on expansion of economic and trade ties between the two nations.

Enhancement of relations with African countries in the political, economic and cultural fields is top on the agenda of the Iranian foreign policy.

Iran’s president has repeatedly stressed his government’s interest in boosting relations with the African nations.