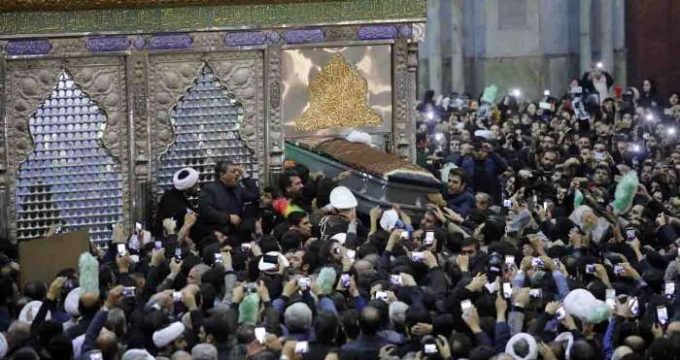 IRNA – Director General of ITER said on Tuesday that the late Ayatollah Akbar Hashemi Rafsanjani supported nuclear fusion project, hoping that his invaluable legacy will be appreciated by promoting the Iran-ITER cooperation.

‘His lofty and pragmatic attitude created an extraordinary force in Iran and I believe that his demise will be severely plausible,’ he pointed out.

His pivotal role in the establishment of Islamic Azad University as paving the way for promoting various sciences such as fusion project are among his valuable contributions which will be beneficial for the coming generations, Bigot said.

Rafsanjani died at the age of 82 due to a cardiac arrest in Tajrish Martyrs Hospital on January 8.