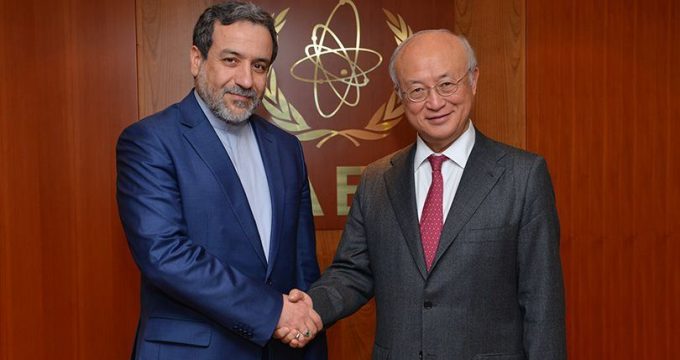 During the meeting, member of Iran’s nuclear negotiations team stressed Tehran’s loyalty to its commitments according to the Joint Comprehensive Plan of Action (JCPOA) which has been acknowledged by the international nuclear watchdog as well.

He also highlighted the importance of the IAEA’s role from the expert point of view and called for continuation of the organization’s positive role in this regard.

Amano for his part underscored the significant impact of the JCPOA on the IAEA authentication mission in the future.

Araqchi is in Vienna for the 6th joint commission on implementation of the Joint Comprehensive Plan of Action (JCPOA) with the Group 5+1.

The meeting was held at the December 16 request of Foreign Minister Mohammad-Javad Zarif late on Tuesday to review the US violations of the JCPOA and extension of Iranian Sanctions Act (ISA).