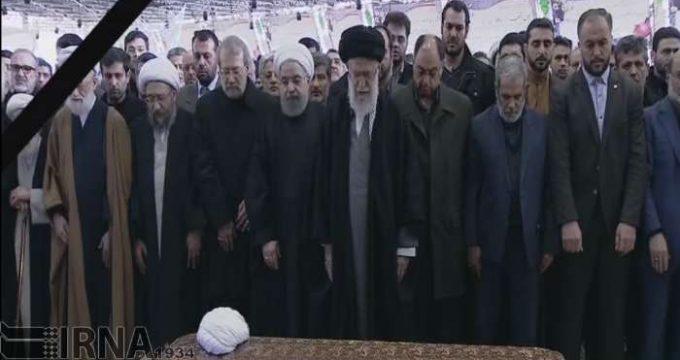 According to an official in the public relations office of the Expediency Council on Monday, the family of Ayatollah Rafsanjani decided to have him buried in the mausoleum of the founder of the Islamic Republic of Iran the Late Imam Khomeini in south of capital, Tehran.

The funeral procession started at 10 am at Tehran University on Tuesday.

Heads of the three branches of the government, members of the Expediency Council, cabinet members, president’s deputies, Majlis (Parliament) representatives, senior Iranian military commanders, Friday prayers leaders, provincial officials and a huge number of Iranians from all walks of life attended the ceremony.

Ayatollah Rafsanjani died on Sunday at the age of 82 due to a heart attack in a Tehran hospital.