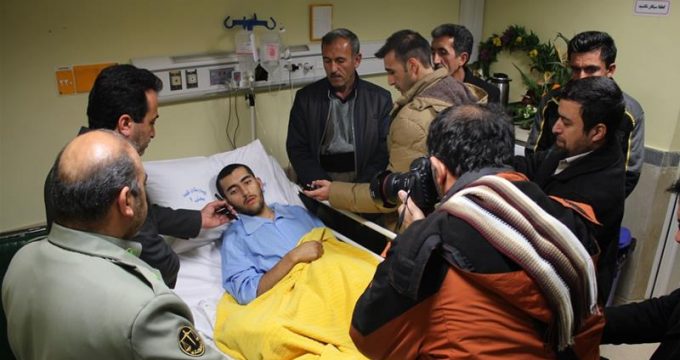 Iranian soldier lauded after risking life to save dog

Al Jazeera– The story of Mohammad Bakhtar, who lost a leg while rescuing a stray dog trapped in a minefield, has gone viral in Iran.

A young Sunni soldier has become a national hero in Shia-majority Iran after being mutilated while trying to save a stray dog trapped in a minefield.

The story of Mohammad Bakhtar, 19, has gone viral in the country, with supportive tweets and photos pouring in since the incident at an Iranian military base last month.

On the freezing afternoon of December 17, Bakhtar noticed the dog caught in barbed wire around a minefield near an ammunition depot. Hearing the dog’s plaintive cries, Bakhtar rushed over to free the injured animal – and seconds later, a mine exploded, shattering his right leg.
“I was standing at my post that day … I heard the poor dog moaning non-stop,” Bakhtar told Al Jazeera. “I knew that it was a minefield, but I couldn’t reach the poor dog. Finally, I finally put my right foot to the other side of the barbed fence to release the dog. As soon as he ran, [the mine exploded].”

Doctors in the northwestern city of Tabriz attempted for hours to reattach Bakhtar’s leg, but their efforts were unsuccessful. 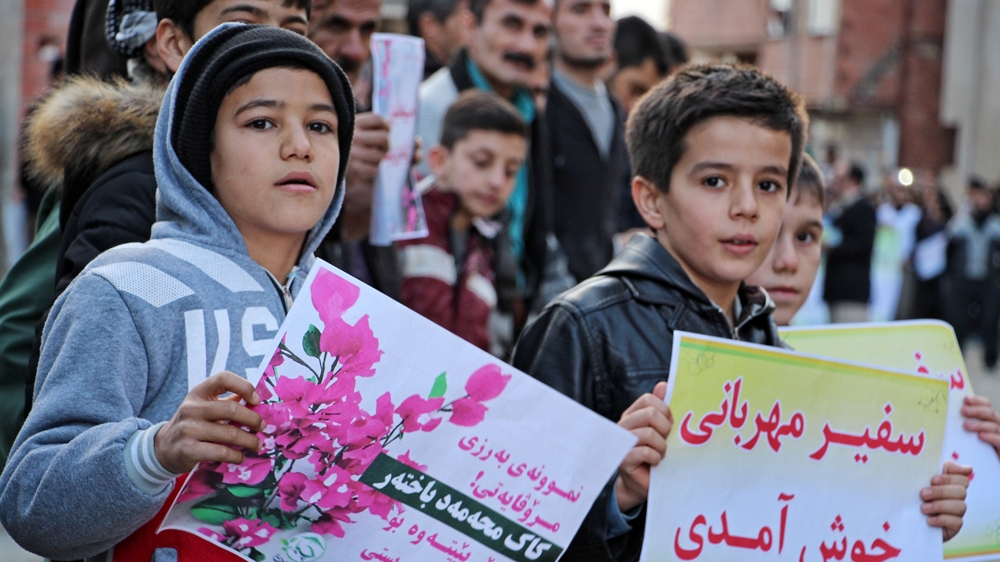 Although Tabriz has a history of ethnoreligious conflict dating back to the Ottoman Empire and, today, maintains a significant Shia majority, thousands of people from all walks of life, including local officials, queued up outside the hospital to pay tribute to the young Sunni soldier. Photos of Bakhtar inside the hospital, and later arriving to a hero’s welcome in his hometown of Marivan, were shared widely on the Telegram messenger app throughout the country.

“I salute this young soldier as the symbol of honour and bravery, and wish the Middle East had many like him as a panacea for long-existing problems,” one girl from Tehran tweeted.

Cyclist Kamal Rastkhani said that he had travelled more than 300 kilometres in snow and freezing weather to pay homage to Bakhtar “as the symbol of love for God’s creatures”.

Others have called for Bakhtar to receive insurance and a new job, while Vice President Masoumeh Ebtekar, who heads the Environmental Protection Organisation (EPO), called Bakhtar personally and publicly praised him as “a source of honour and pride for every Iranian”.

Ebtekar has reportedly offered Bakhtar a job in the EPO, which he has responded to with enthusiasm, saying this would allow him to fulfil a “childhood dream” by working close to nature.

In a telephone interview after his arrival back in Marivan last week, Bakhtar told Al Jazeera that he did not regret his actions on that December afternoon.

“I was in pain, but it gave me a very good feeling that thousands of people came to the hospital to visit me,” he said, noting that if he saw the dog in that condition again, he would do exactly the same thing. 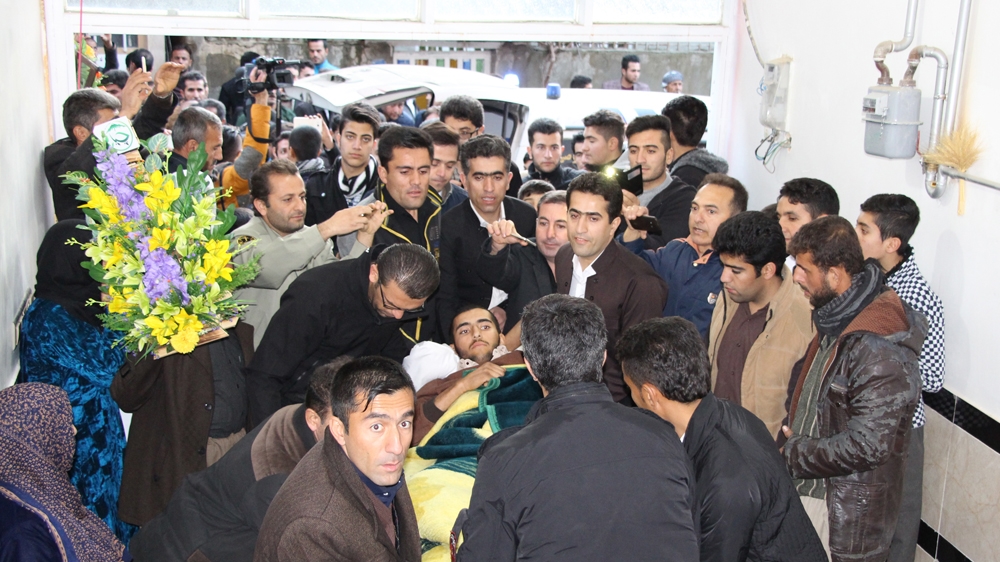 “I love animals. I love nature,” Bakhtar added, noting that he grew up in a small village on the outskirts of Marivan, where his family raised cattle and had a dog. When they moved to the city, he missed the pastoral life, he said.

“I didn’t have any chance to keep my dog in the city anymore,” he said. “I went to high school and worked in the wood-working and carpentry workshop – very different from the way we lived in that beautiful village.”

Upon returning to Marivan last week, Bakhtar was welcomed with much fanfare, including wreaths, flowers and banners printed with messages such as: “You are the hero!” and “Welcome back, brave soldier.”

Bakhtar’s older brother, Atta, 29, said that he was sorry for the pain his brother had experienced, but also proud.

“I can recall dozens of times that he had battled for our cattle and his own dog. He’s so special,” Atta told Al Jazeera.

“Mohammad was halfway through with his 24-months military service,” Atta added. “Maybe this is a blessing in disguise for Mohammad to get back to nature and the way he loved to live all his life.”