A Look at Iranian Newspaper Front Pages on January 8

Iran Front Page- Newspapers today covered the government’s reaction, particularly those of Central Bank and Intelligence Ministry, to the Judiciary Chief’s comments about the case of Babak Zanjani, the imprisoned billionaire who has failed to reimburse his debts to Oil Ministry.

A decision by Iranian Parliament to ban doctors working for the government from working in private sector also received great coverage.

The US-Russia conflict also continued to be covered by Iranian media, with several papers focusing on Washington’s claims that Russian President has ordered the hacking of US elections. 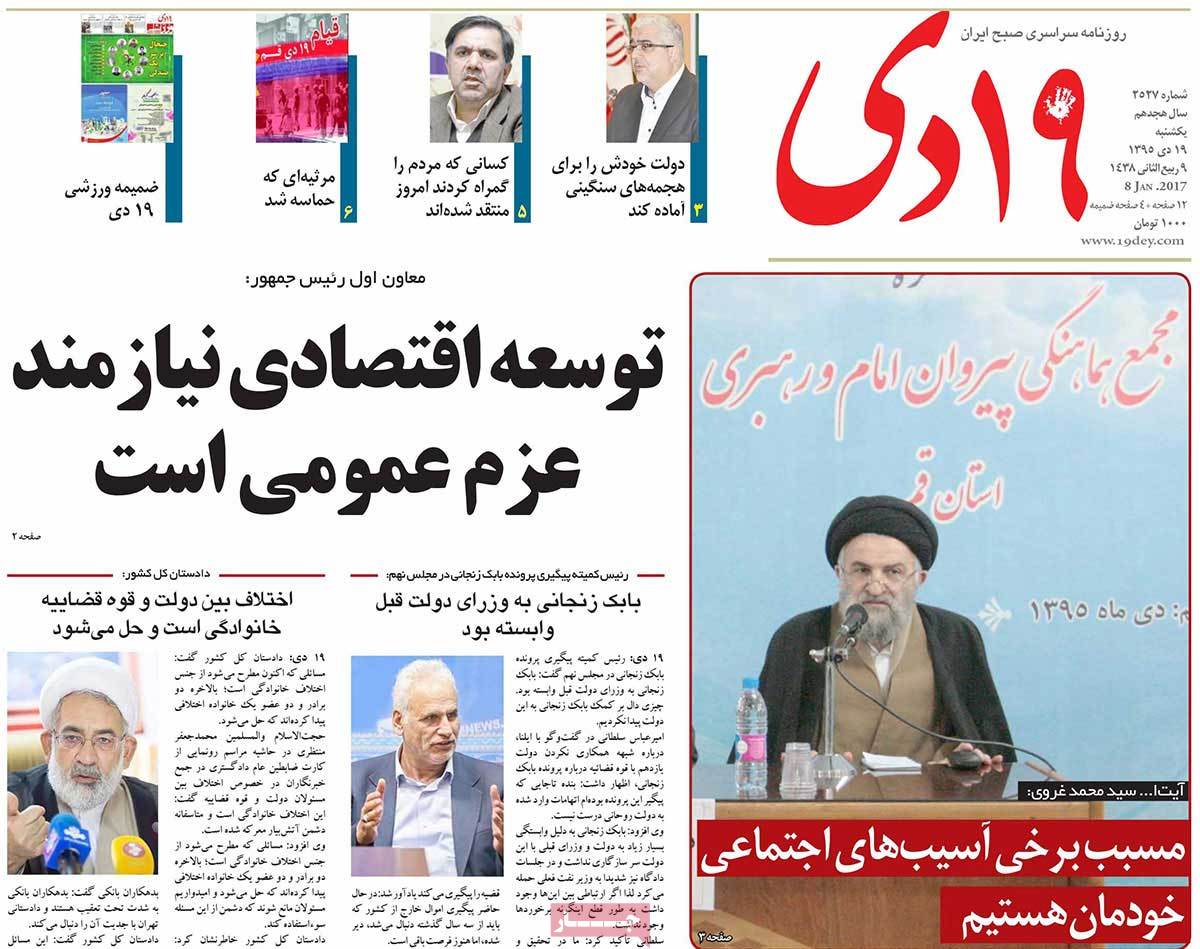 4- Trump Dismisses All US Ambassadors 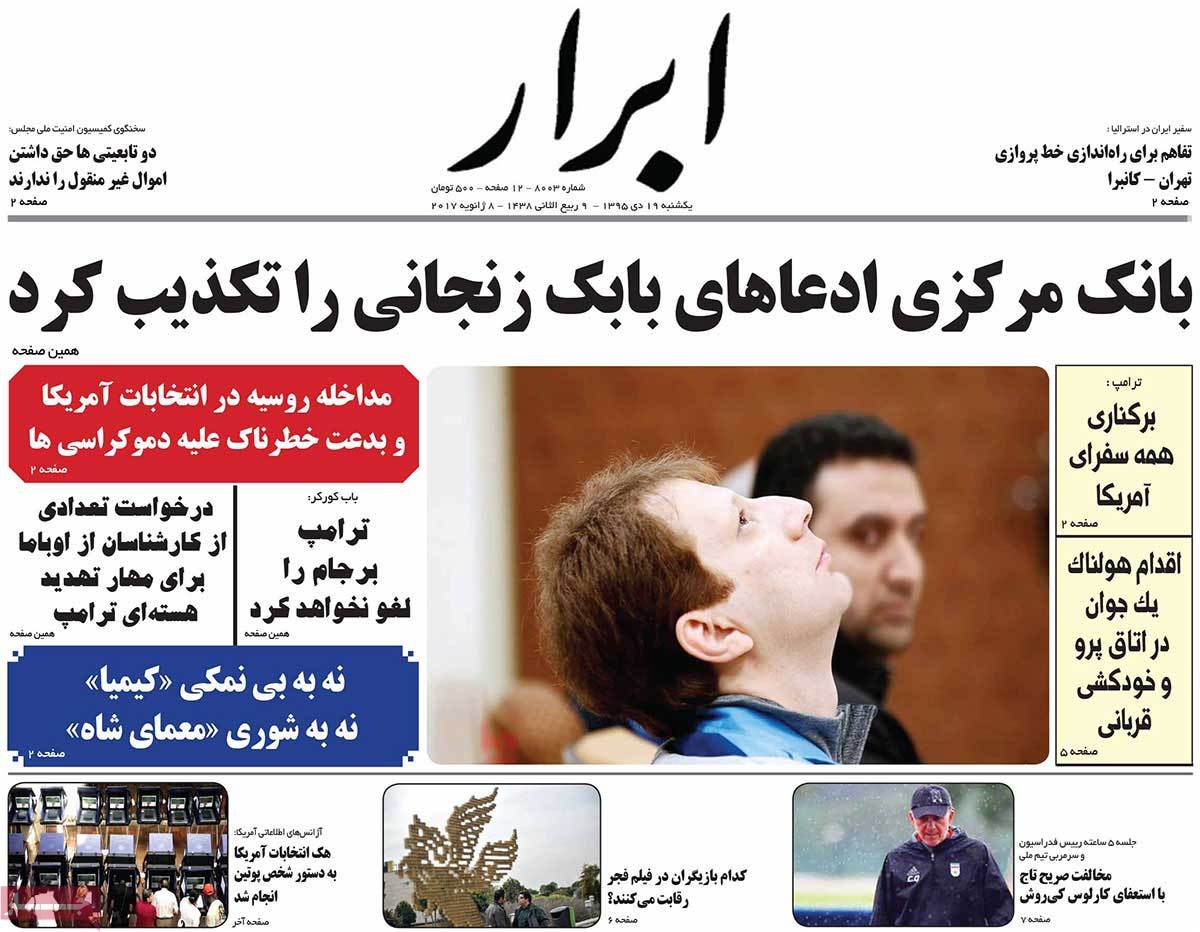 2- Nothing Found on Babak Zanjani’s Links with Government: MP 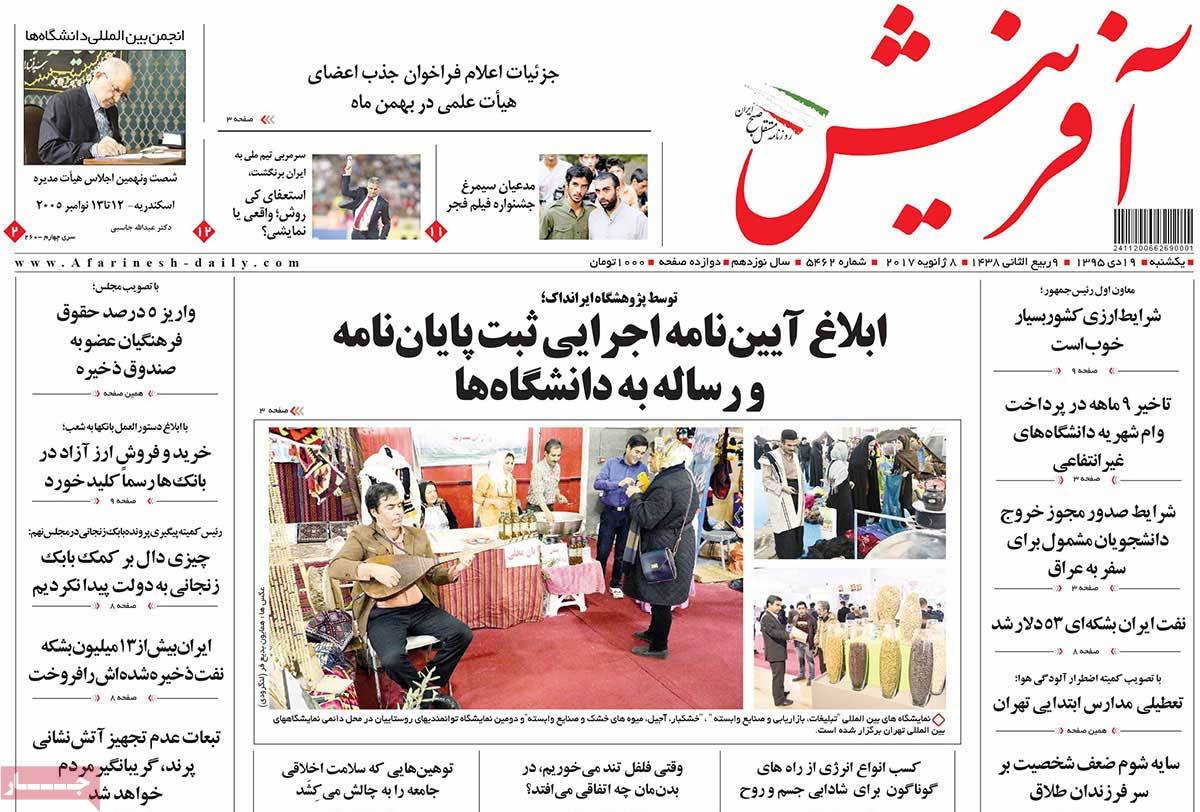 1- Secrets behind Deputy FM Abbas Araqchi’s Long Absence in Media: Speculations Say He Has Conflict on Opinion with Zarif and His Absence Has Nothing to Do with ISA Extension 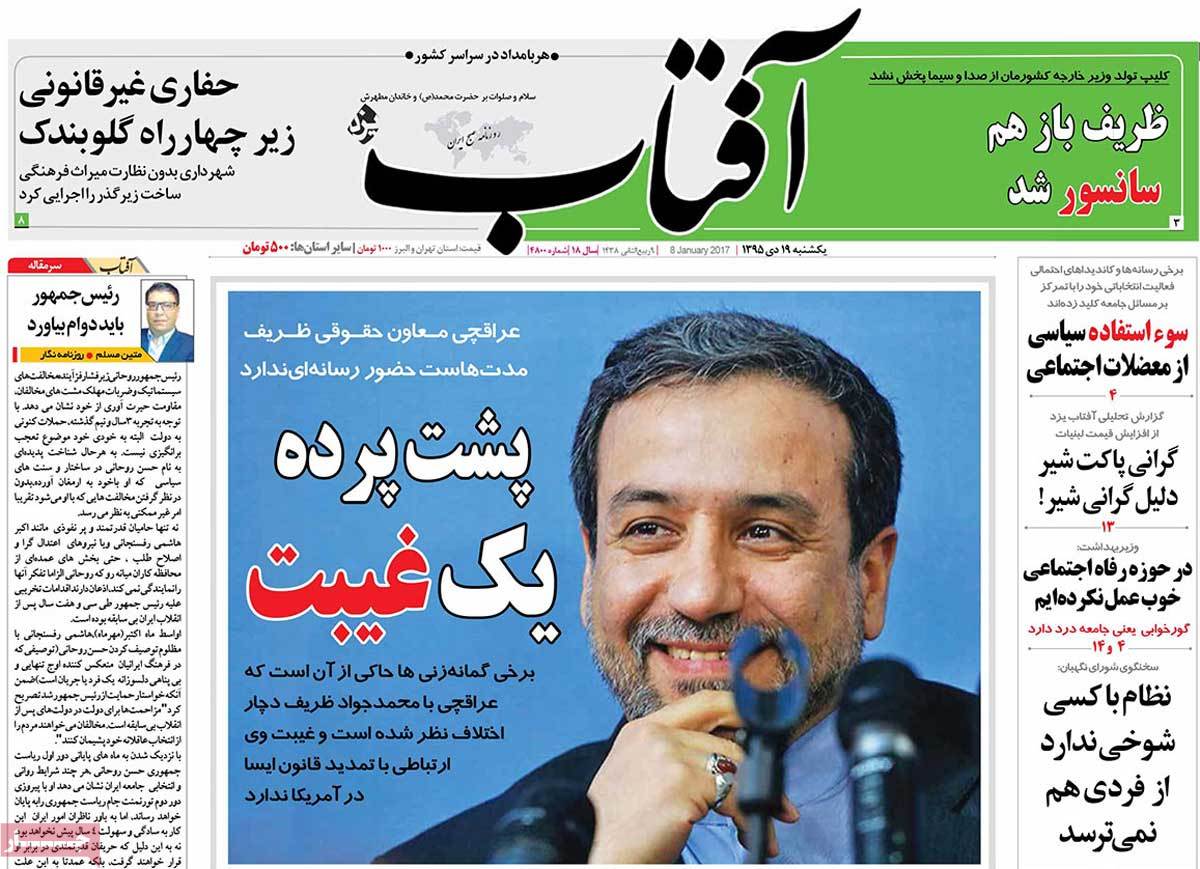 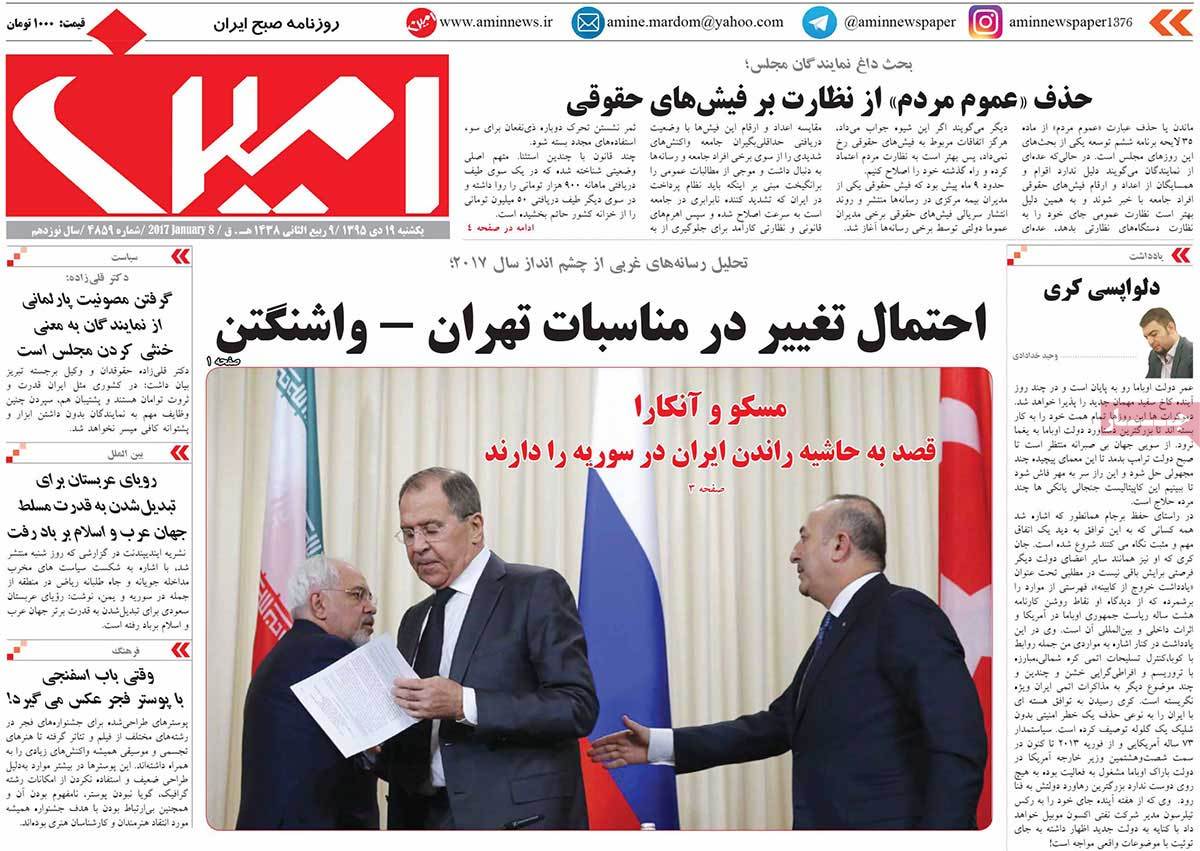 2- 20 Couples Get Divorce Every Hour: Separation before First Wedding Anniversary

3- We Should Beware of Escape of Our Assets to Saudi Arabia: Analyst 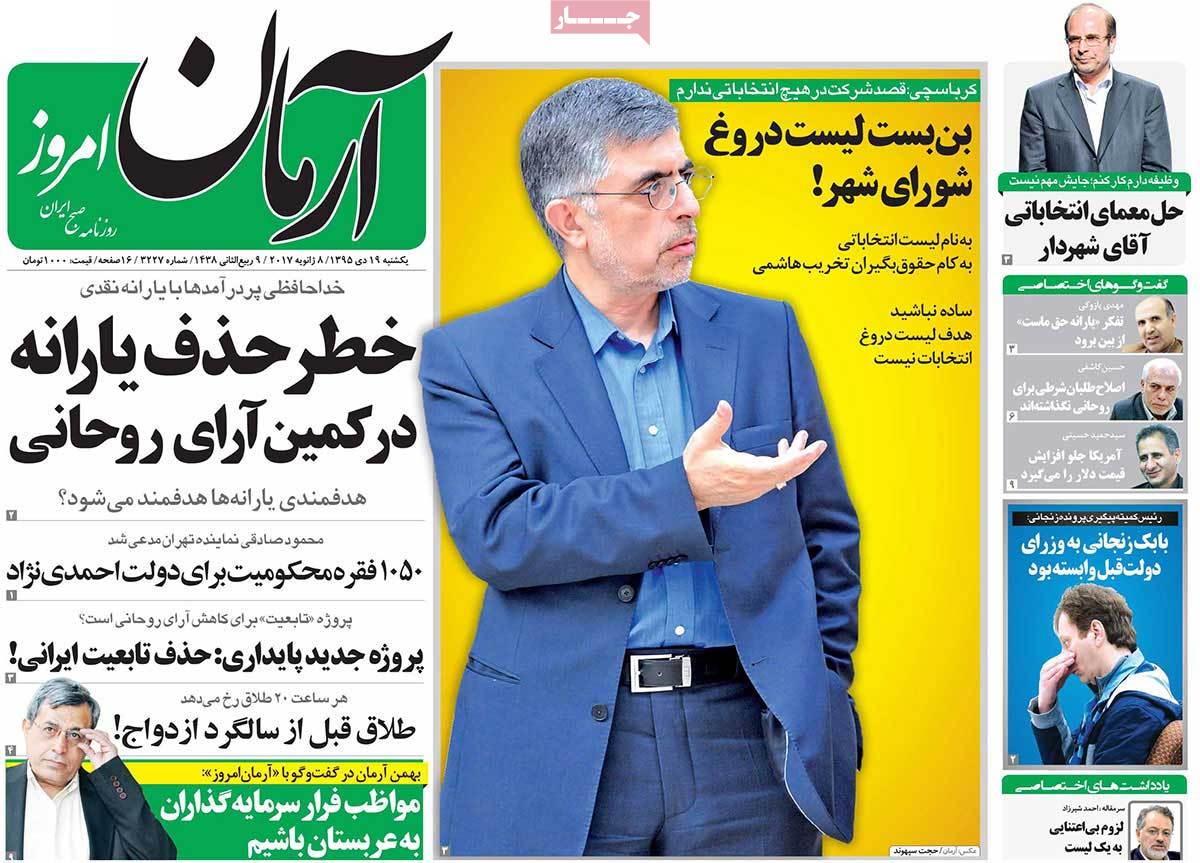 1- Advisor to Iran’s Leader: We Welcome Ease of Tensions with Neighbours

2- Iranian Spokesman: It Is Necessary for World Peace and Security that Saudi Arabia Changes Its Behaviour

2- Baghdad and Ankara Reach an Agreement: Turks to Withdraw from Iraq 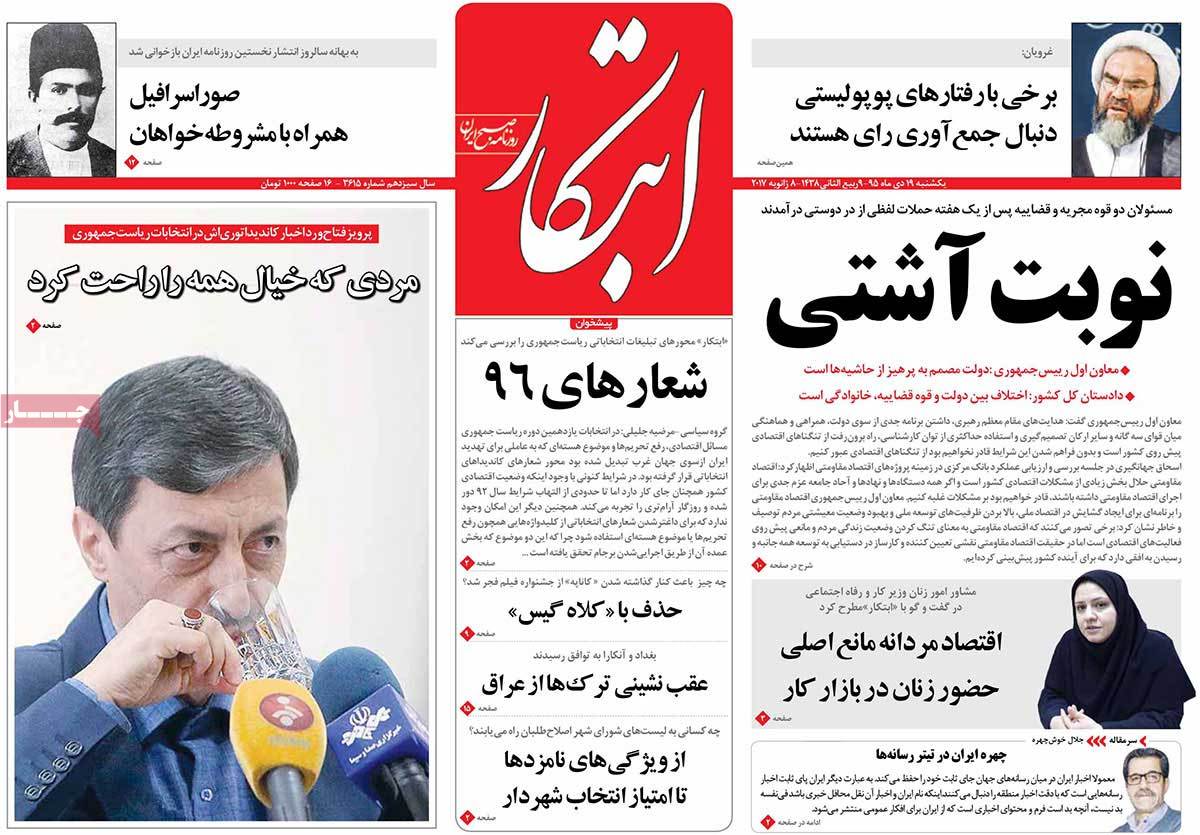 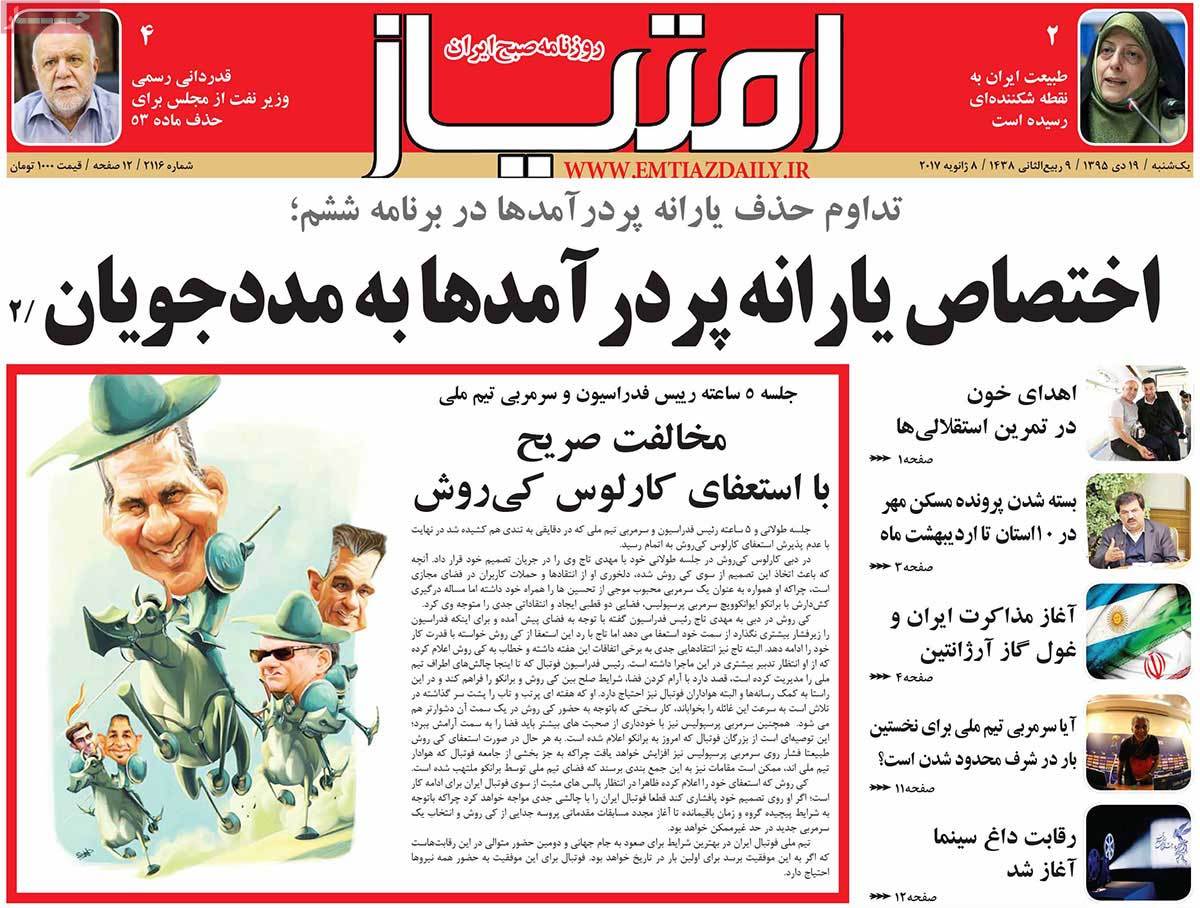 3- Analyst: Trump’s Policy Should Be Appreciated by Saudi Arabia 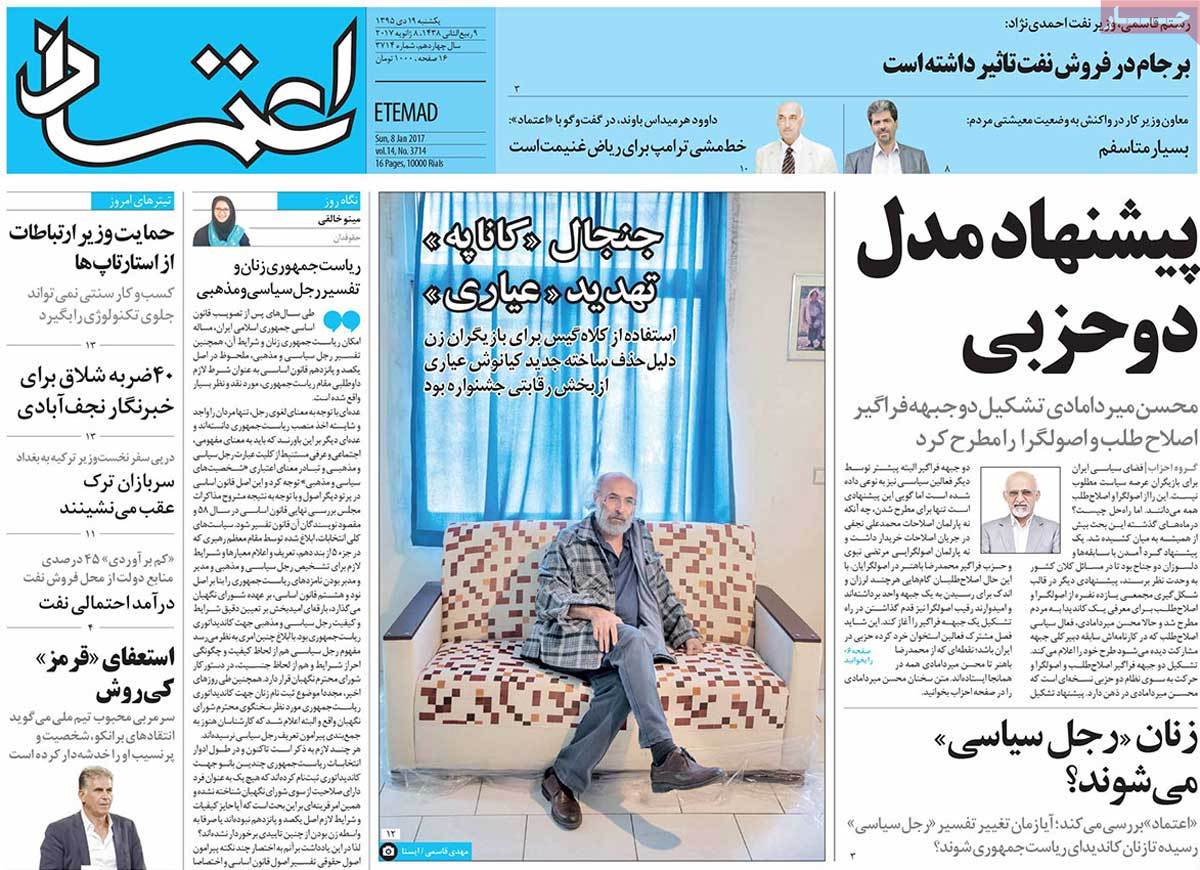 1- Golden Window Opened to Iran: Iran’s Population Is Like that of East Asia in 1960s to 1990s; That Helps 7-Fold Increase in GDP: UN Representative 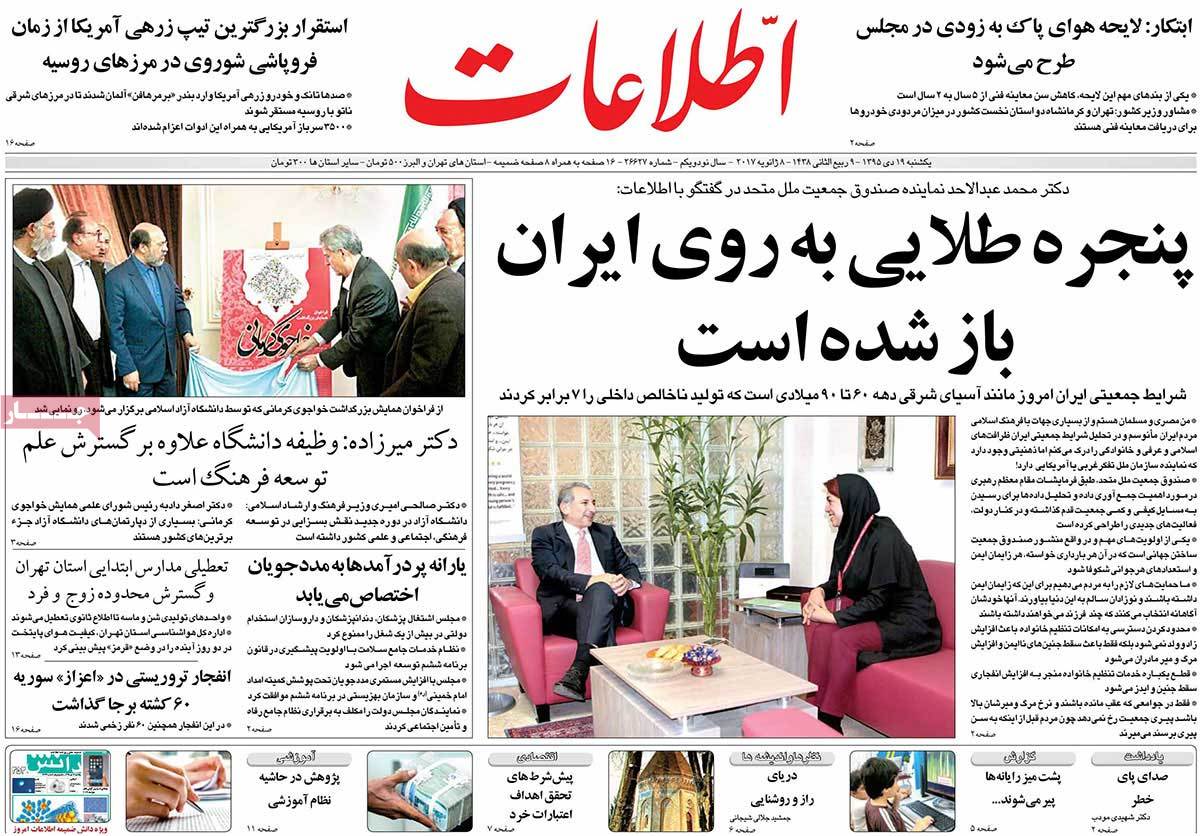 1- Parliament’s Shock to Doctors: Based on Bill Ratified by Parliament, Doctors Working in Hospitals and Public Clinics Won’t Be Allowed to Work in Private Clinics and Offices 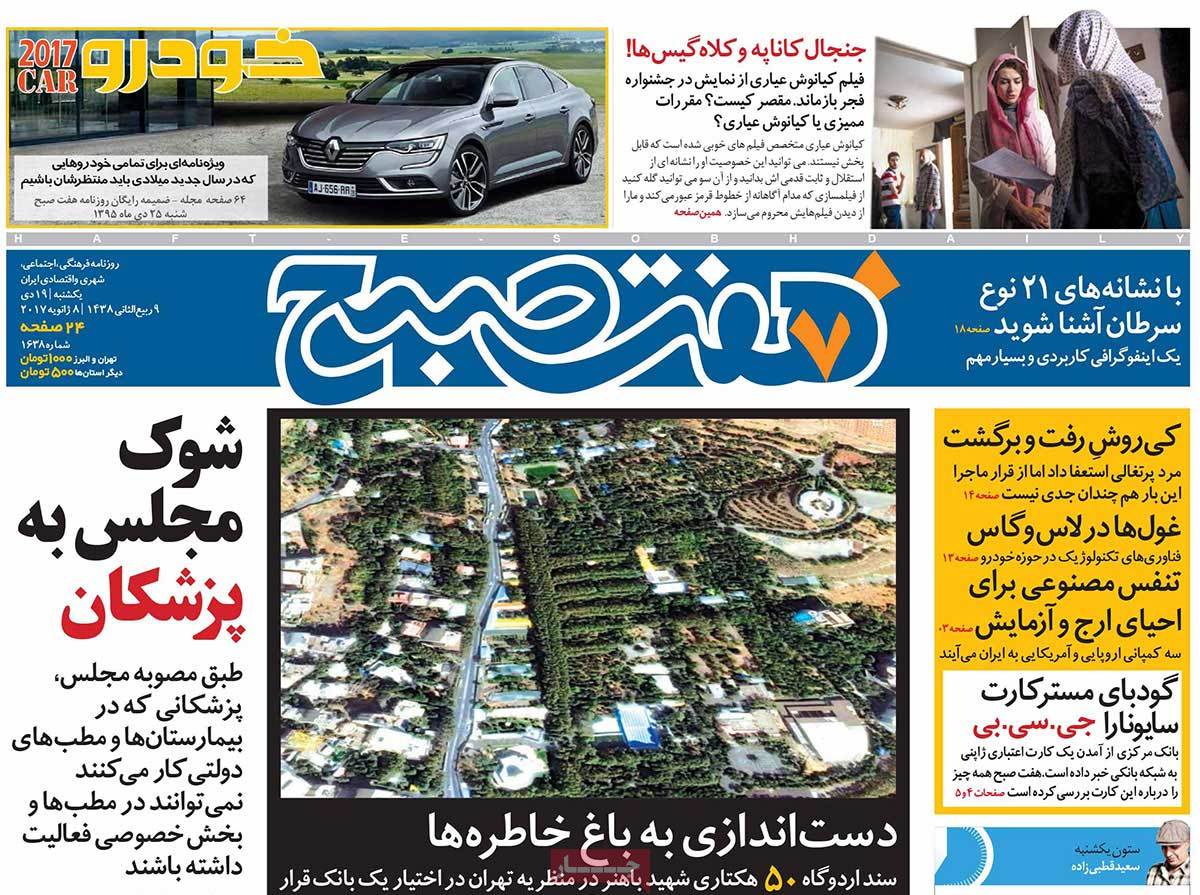 1- Chief of Iranian Judiciary’s Human Rights Office: US Violation of Its JCPOA Commitments Should Be Pursued without Any Tolerance 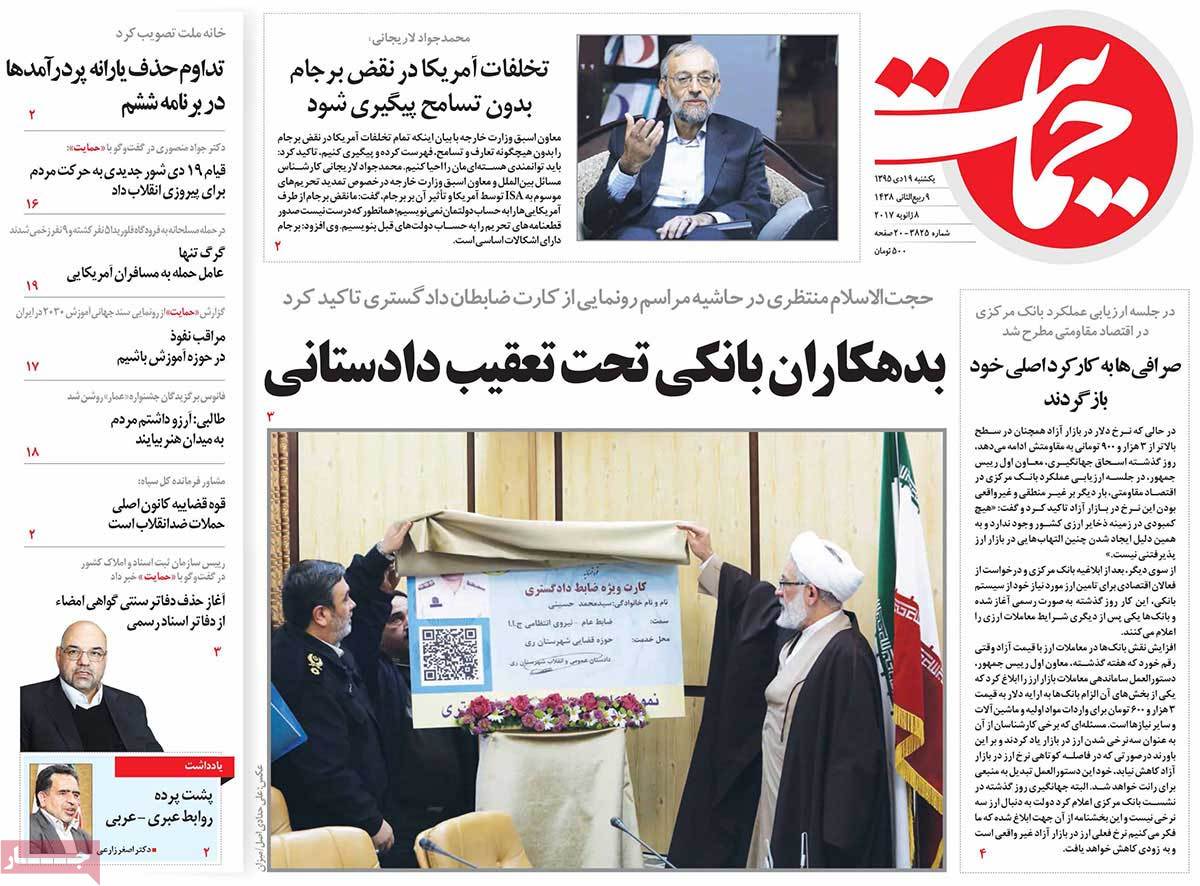 2- American and Italian Customers of Iranian Brands Arj and Azmayesh; Industry Minister Says General Electric and Whirlpool from the US and Ariston from Italy Want to Make Investment in These Two Iranian Home Appliances Factories 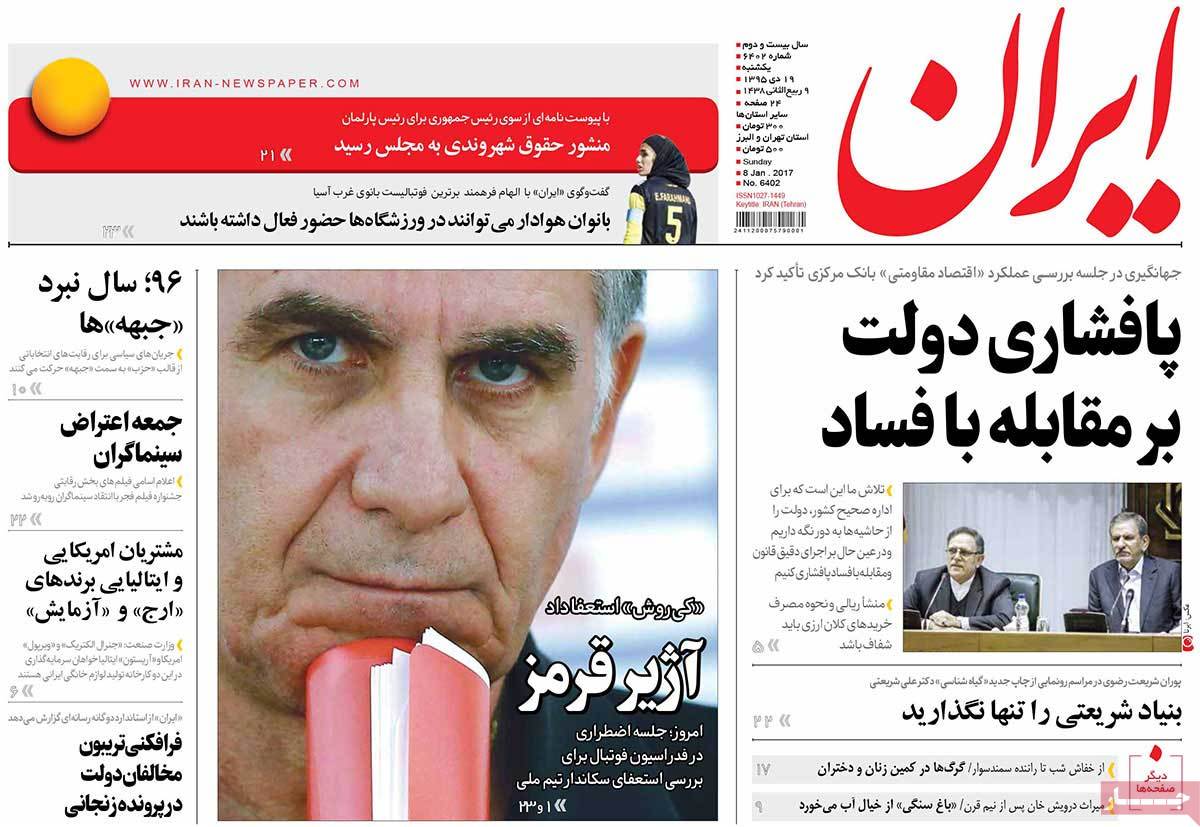 1- Delegitimizing Trump in Front of White House: US Intelligence Says Putin Had Ordered Support for Trump in US Election

1- First VP: Reforming Iran’s Banking System Is the Priority of the Country’s Economy

2- Obama Warns against Unprecedented Division in US

1- Agriculture Ministry: 2 Million Tons of Wheat to Be Exported in 3 Months 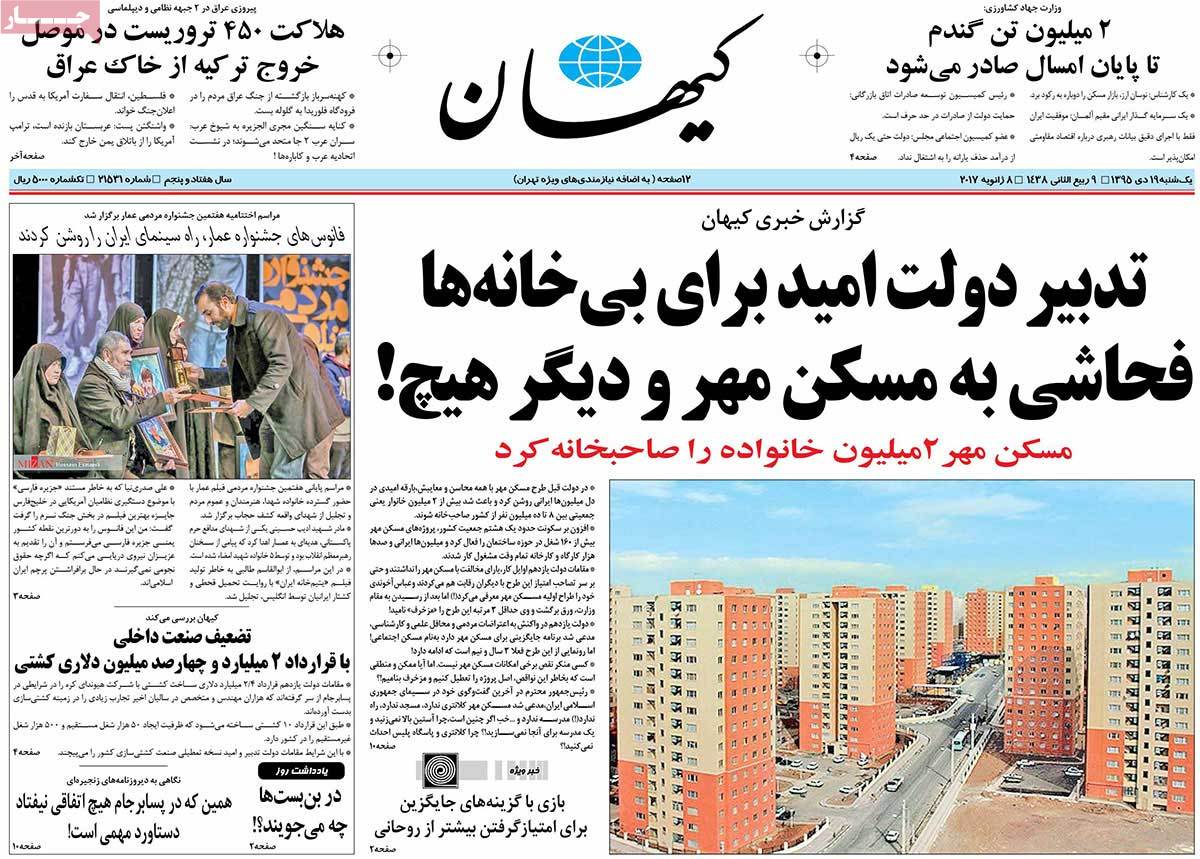 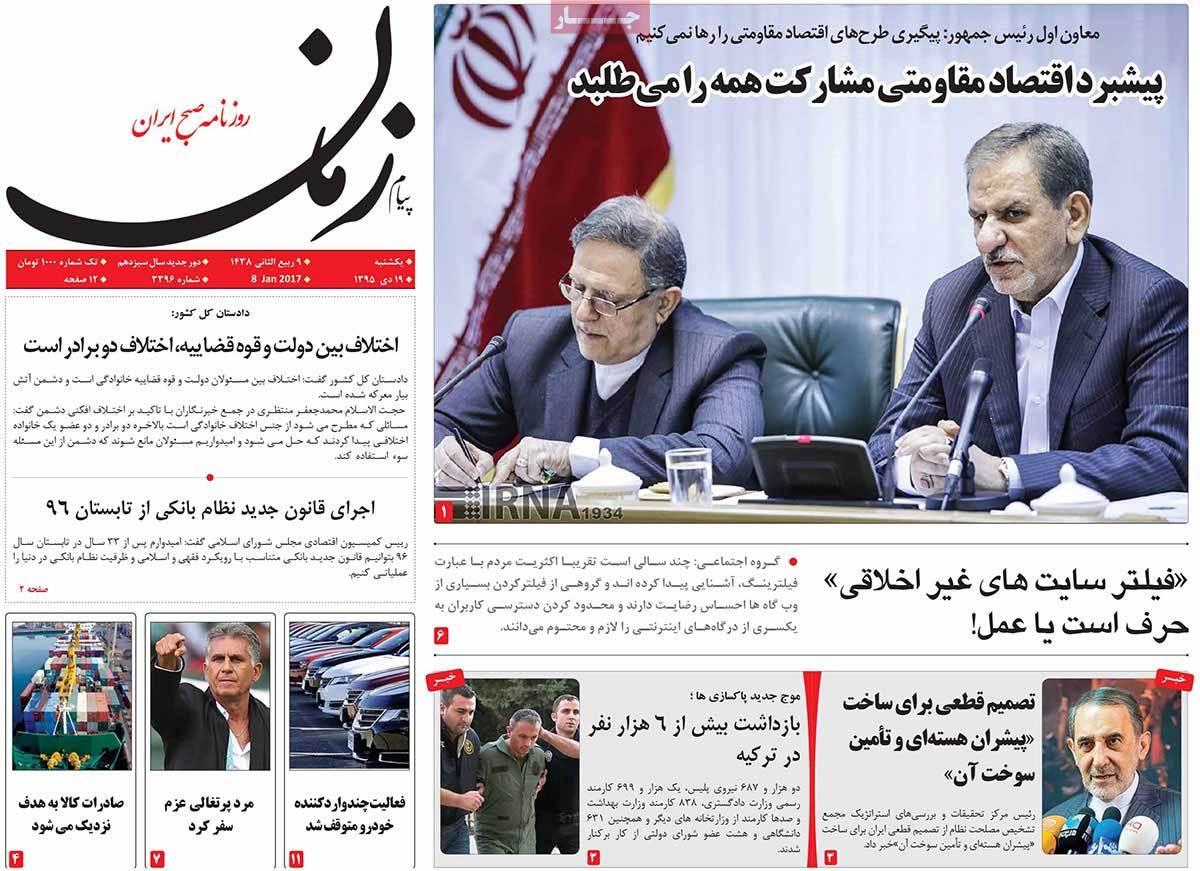 2- Mayor of Tehran: Pollution of Air, Water and Soil Is Tehran’s Challenge

3- FM Zarif Should Publish His Letter of Complaint to EU 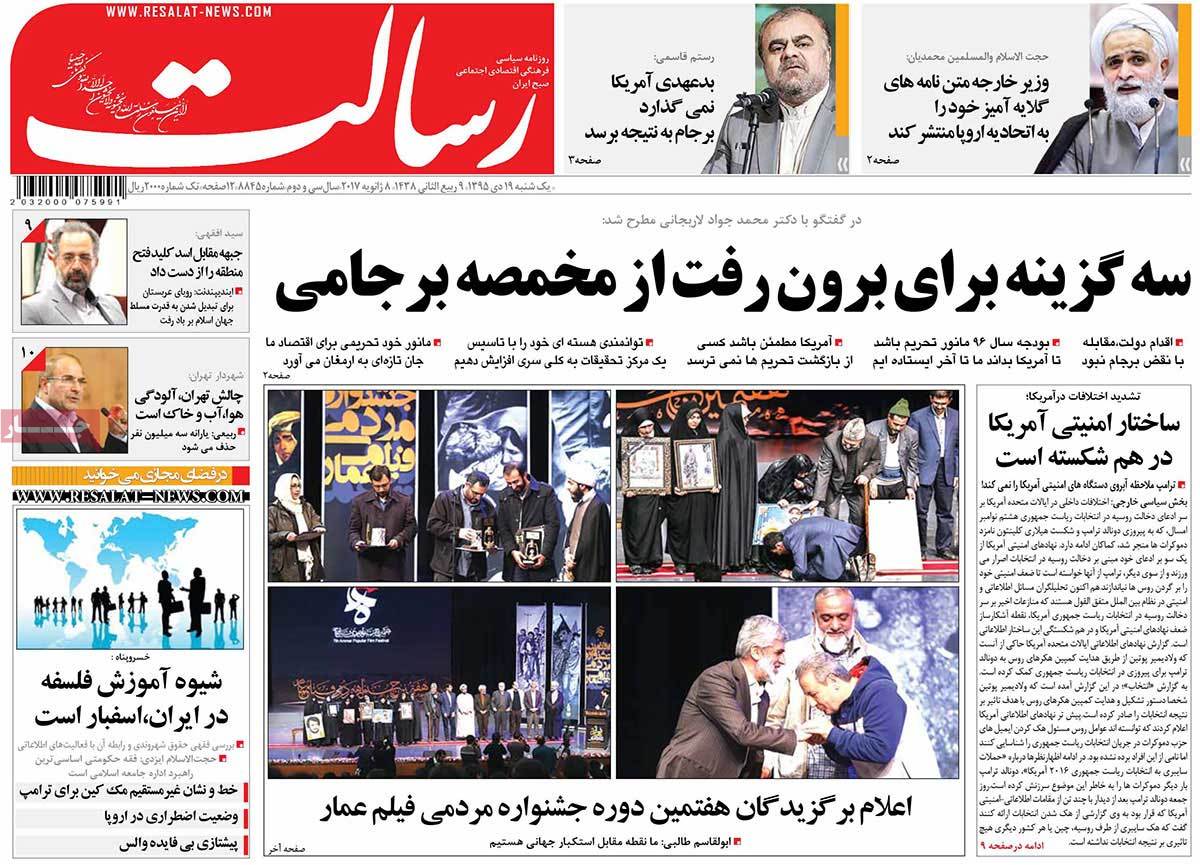 2- Health Minister: People Will Suffer If Doctors Are Forced to Work Either in Public or Private Sector 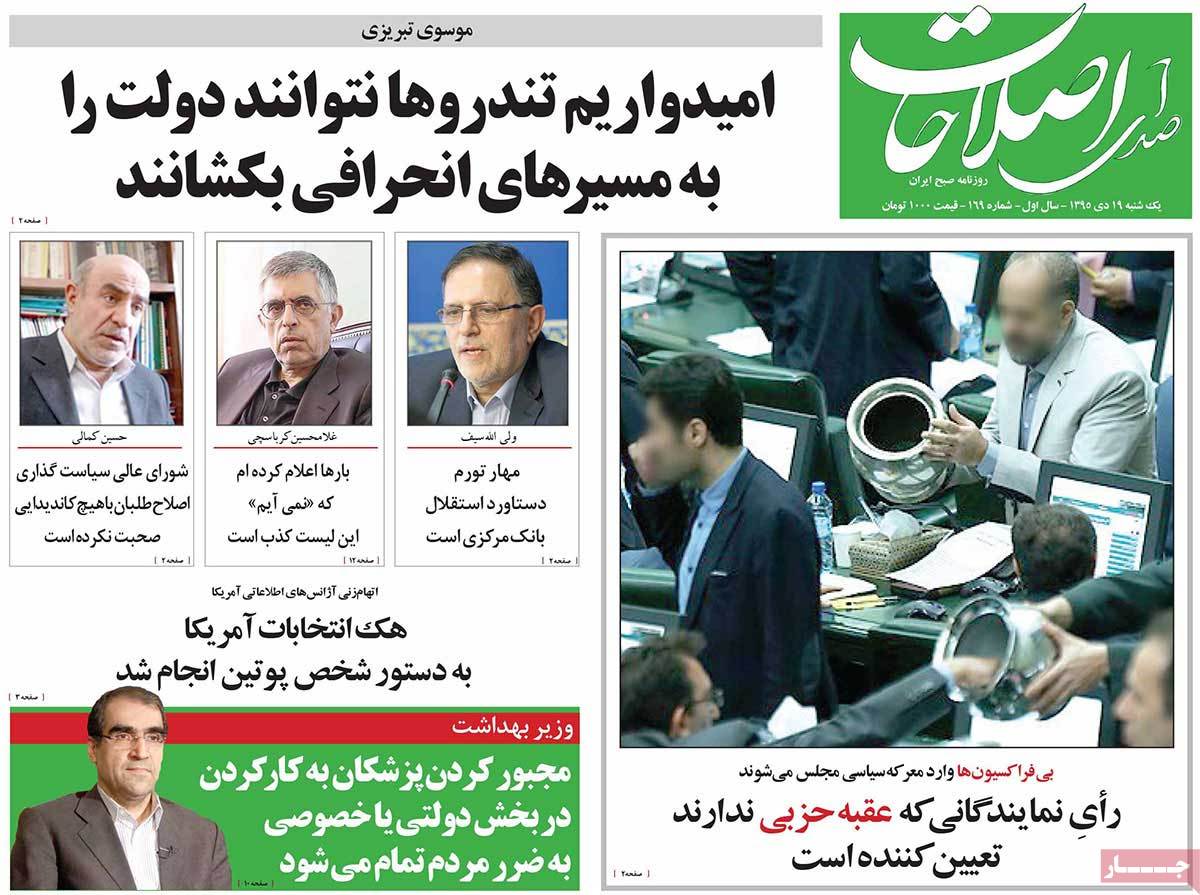 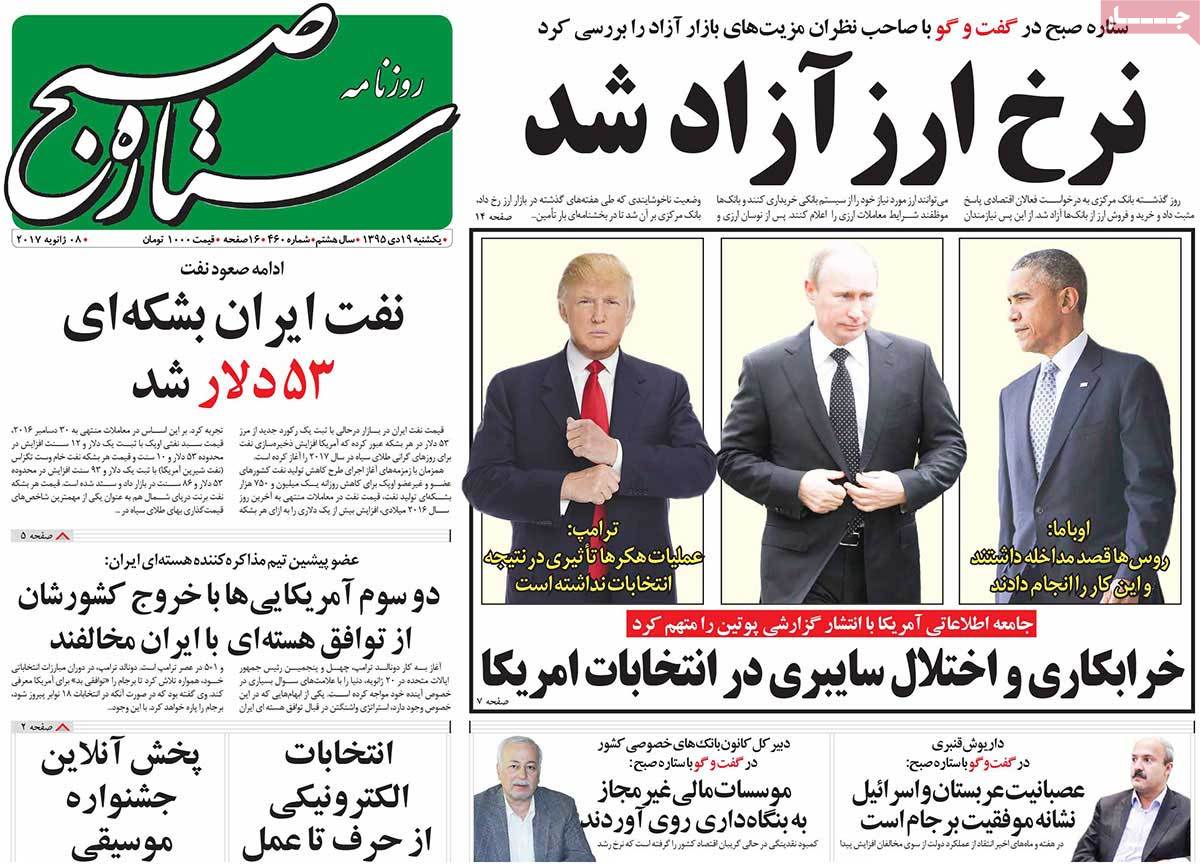 1- This Angry Group: How Trump’s Cabinet Think about Iran and JCPOA? Proposed Cabinet Consists of Men and Women Who Are All against Iran 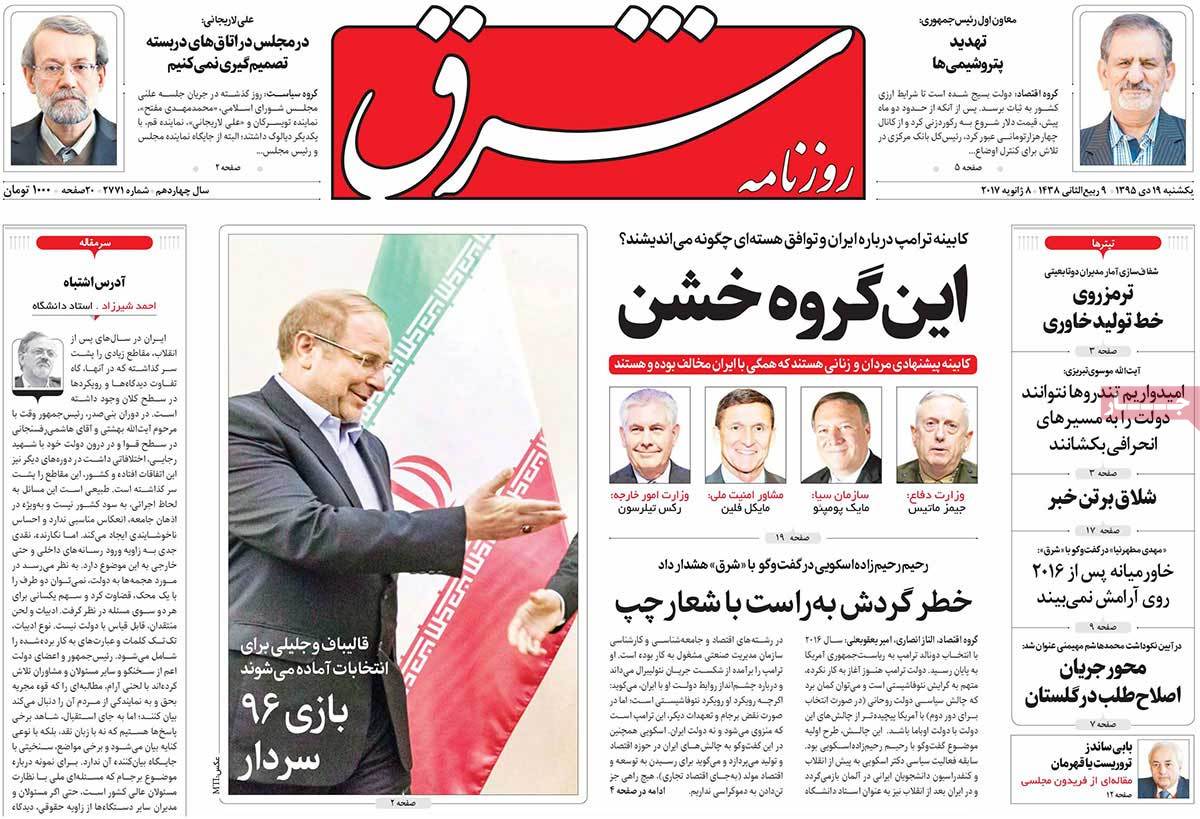 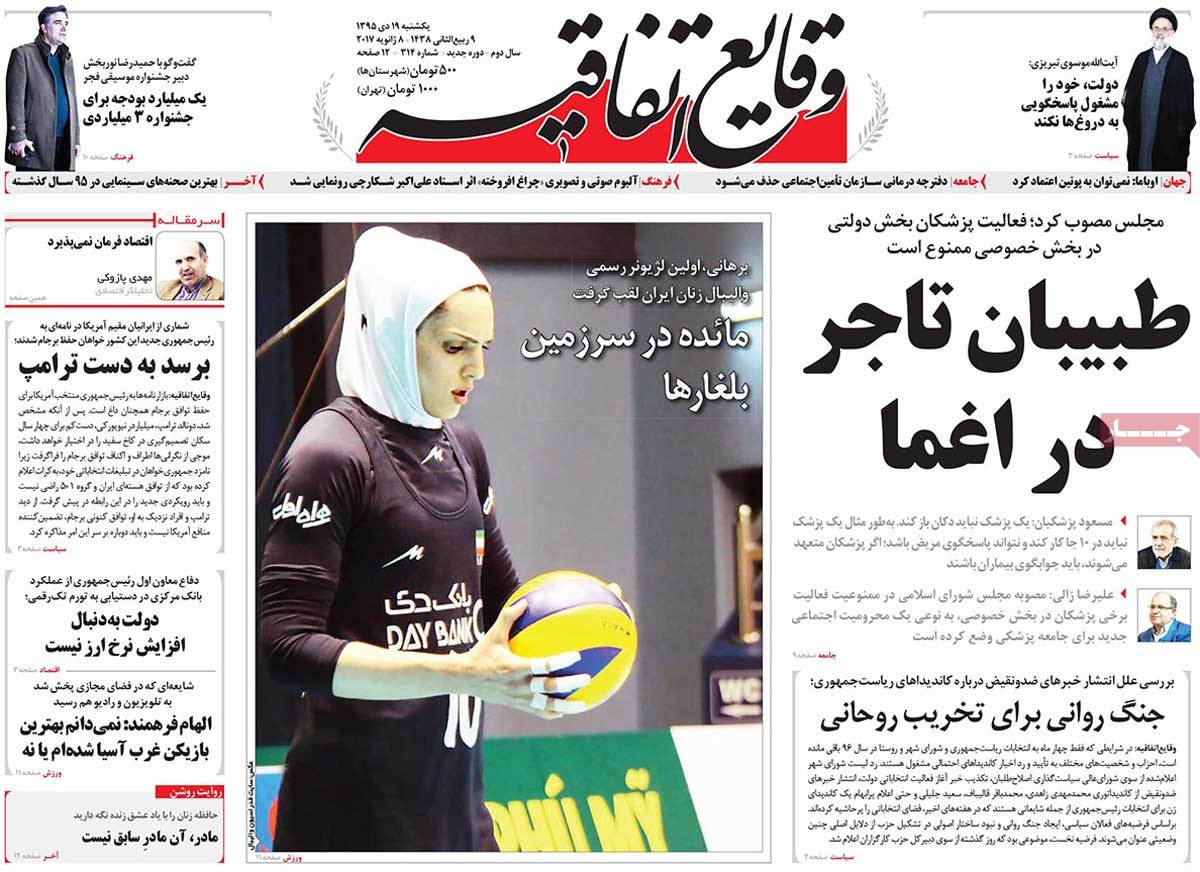