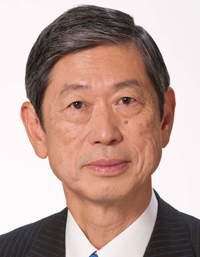 During his three-day visit, Komura is scheduled to exchange opinions on developments on the global scene including Tehran’s 2015 landmark nuclear deal with the United States and six major world powers, the ministry said.

The visit comes amid questions over the deal’s future after U.S. President-elect Donald Trump promised during his election campaign to tear it up, calling it “disastrous.”

Under the deal reached in July 2015 with Britain, China, France, Germany, Russia and the United States, Iran agreed to accept limits on its nuclear program in exchange for the withdrawal of most international sanctions. The U.N. Security Council has endorsed the deal.

Since the deal, Japan has been stepping up relations with the oil-rich country, lifting its sanctions on Iran in January last year and signing a bilateral investment pact the following month.