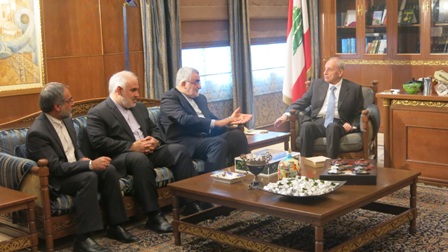 Humanitarian plight in Syria must end by Intra-Syrian peace talks

IRNA – Chairman of the Iranian Parliament Commission on National Security and Foreign Policy Alaeddin Boroujerd said on Saturday that humanitarian plight in Syria must end by Intra-Syrian peace talks.

Boroujerdi made the remarks in a meeting with Lebanese Parliament Speaker Nabih Berri.

Boroujerdi said that the Islamic Republic of Iran believes in Intra-Syrian peace talks.

Iran attended the Syrian peace talks already held in Moscow and welcomes the upcoming peace talks due to be held in Astana, Boroujerdi said.

After the meeting, he told reporters that Syria peace talks are expected to bear positive fruits to end the humanitarian plight.

They reviewed expansion of cooperation of Iranian and Lebanese parliaments along with regional developments.

Security is on top on the agenda of his negotiations with the Lebanese Speaker, he said, adding that they also examined avenues to destroy the terrorist groups until restoration of sustainable security.