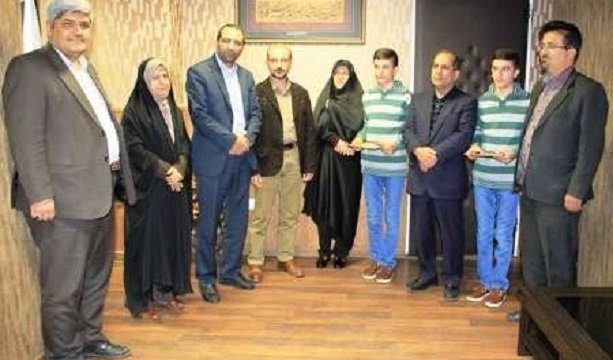 Over 2500 prodigal students from 57 countries in the world participated in the international event.

Saeid and Soheil managed to mentally give correct answers to 200 questions including 3-digit addition and subtraction, 3-digit multiplication, and 4-digit division in 8 minutes.

UCMAS is the largest worldwide skill development programe promoting the universal concept of a mental arithmetic system for children between the ages of 6 and 13. Operational in 52 countries, UCMAS has trained more than a million students worldwide.

In the previous edition of the competition held in New Delhi, a 10-year-old Iranian student, Meshkat Mohammad Bagheri, from the northwestern Iranian city of Ardebil, won the second place.