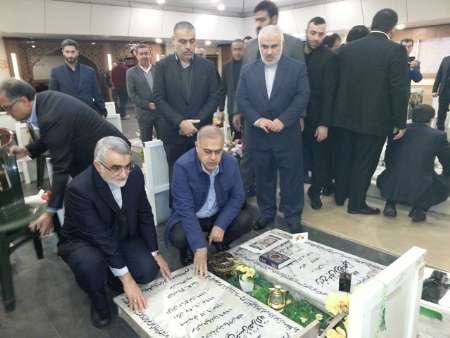 IRNA – Iran is still ready to go on with its decision to arm the Lebanese Army but it stays with Beirut to take the final decision in this regard, says the head the parliament’s National Security and Foreign Policy Commission.

Alaeddin Boroujerdi made the remarks on Friday on the sidelines of a ceremony held to pay tribute to martyrs of the resistance in the Lebanese capital, Beirut.

It is Beirut that should take the final decision, Boroujerdi told reporters, referring to the visit to the Islamic Republic by former Lebanese Defense Minister Samir Mouqbel to explore ways to further defense ties and arming the Lebanese Army.

He also congratulated the Lebanese nation on ending the power vacuum in the country and the election of the new president and establishment of the new cabinet.

The official said ground is ready for enhancement of all-out ties between the two countries especially in trade and economic fields.

He said Iran, Russia and Lebanese Hezbollah fighters are in Syria at the official request by the Syrian government to preserve the country’s security, stability and sovereignty.

There are parties engaged in Syria without permission from the Syrian government and their actions are against the international rules amounting to aggression, the MP added.

He noted that decisions made by the Syrian government should be the yardstick for other parties’ engagement in the country and those who have entered the Syrian territory without permission should leave it immediately.

Boroujerdi praised the key role of the Lebanese martyrs and the sacrifice they made for a durable security to be established in the country despite threats from outside of the borders.

The Iranian parliamentarian delegation arrived in Lebanon on Thursday evening and held a meeting with the country’s parliament Hezbollah fraction.

The Iranian delegation is expected to have separate meetings with the Lebanon president, parliament speaker and prime minister.