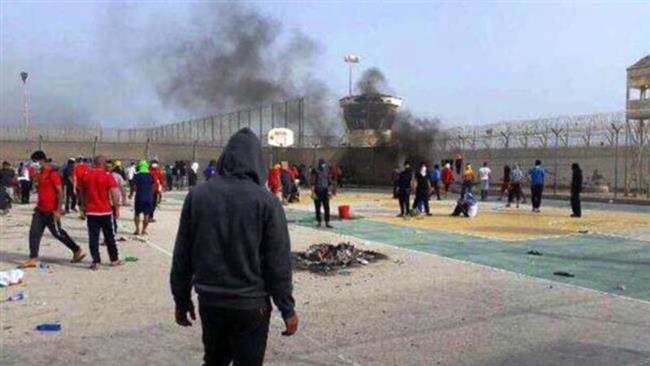 Press TV- Bahraini authorities have restored the right to arrest human rights campaigners and political dissidents to intelligence agents as the ruling Al Khalifah family is pressing ahead with its heavy crackdown on public demands for reforms, democracy and an elected government.

This is while the Manama regime has levied terrorism allegations against activists and pro-democracy protesters in the past.

Activists have condemned the move as the Al Khalifah regime’s disregard for human rights, warning that restoration of arrest powers to the spy service would subject ordinary citizens to regular abuse.

“Today’s decision makes it clear that Bahrain has turned its back unapologetically against human rights,” said Husain Abdullah, the executive director of Americans for Democracy & Human Rights in Bahrain.

It was subsequently granted the power to make arrests by a 2008 royal decree, and was stripped of such authority in the wake of the crackdown that ensued the February 2011 uprising.

Thousands of anti-regime protesters have held numerous demonstrations in Bahrain on an almost daily basis ever since the popular uprising began in the country on February 14, 2011.

They are demanding that the Al Khalifah family relinquish power and let a just system representing all Bahrainis be established.

Manama has gone to great lengths to clamp down on dissent. On March 14, 2011, troops from Saudi Arabia and the United Arab Emirates were deployed to Bahrain to assist the government in its crackdown.