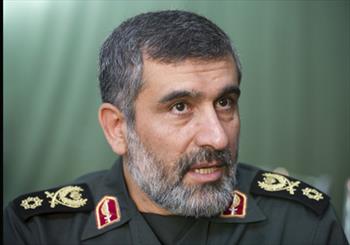 “Iran is now capable of designing and producing any needed missiles and aircraft,” Brigadier General Amir Ali Hajizadeh said in a speech on Thursday.

Highlighting Iran’s know-how to manufacture a wide range of military equipment, including missiles, he stressed that the Islamic Republic has made achievements in this field as it has taken the animosity of its enemies toward the country seriously.

The Iranian commander further hailed the country’s intelligence capabilities and said Iran is enjoying full security in the region thanks to its intelligence supremacy as well as the steadfastness and resistance of its armed forces.

Elsewhere in his remarks, Brigadier General Hajizadeh praised the recent liberation of the northwestern Syrian city of Aleppo, describing it as a major defeat for the West, especially the US.

On December 22, the Syrian military announced that it had attained full control of the northwestern city of Aleppo, having completely cleansed its eastern side of militants for the first time since 2012.

The victory came about despite military support for the militants by the United States, Turkey, and some Arab countries in the Persian Gulf region.

Syria has been gripped by civil war since March 2011 with various terrorist groups currently controlling parts of it.