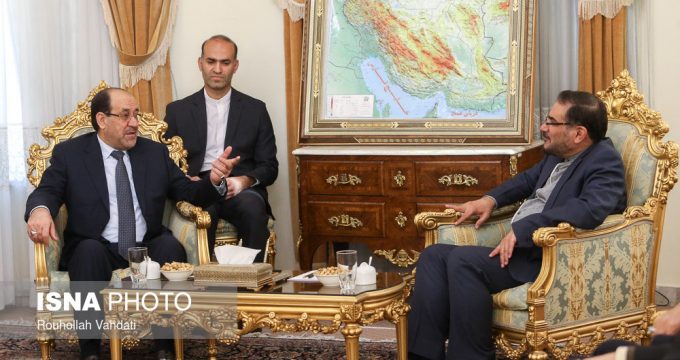 Bright future ahead of Iran-Iraq relations

January 5, The Iran Project – The Islamic Republic of Iran as the effective country in the region has always announced that it would spare no efforts to help the Iraqi government and people restore stability and security in the war-stricken country.

Tehran also believes that the stellar relations between Iran and Iraq must serve as a model for other countries in the region.

In an indication of reinforcing Tehran-Baghdad relations, Iraqi Vice-President Nouri al-Maliki, who served as prime minister of Iraq during years of 2006 to 2014, arrived in Tehran on Jan 2, 2017 on a four-day visit aimed at meeting and consulting with senior Iranian officials.

Speaking in a press conference in Tehran, al-Maliki underscored that Iran was the sole country which helped Iraq stand up to Daesh and Takfiri terrorist groups.

Touching upon Tehran’s supports from Baghdad, Maliki reiterated that although some countries declared their willingness to help Iraq to tackle terrorism, it was only Iran, which practically helped Iraq in this concern.

“Iraq armed forces did not have enough weaponry against Daesh, but, Iran equipped the Iraqi Army as an important assistance to Iraq which led to overcome Daesh,” he said.

In a meeting with Ali Akbar Velayati, a senior adviser to Leader of the Islamic Revolution Ayatollah Seyyed Ali Khamenei, Maliki reiterated that some Persian Gulf states are after defeating the resistance front, which he says has nevertheless come out victorious on the battlefront against ill-wishers and extremists.

“Some countries, including [some] Persian Gulf ones, harbor the intention of defeating the resistance front,” he said, but noted that the resistance has triumphed in the face of all challenges. “The enemy front has been defeated on the political and military arenas.”

Secret of Iraq‘s Triumph Over Terrorists

He also lambasted certain regional countries for their unconstructive role in Iraq and Syria, underscoring that it revealed the hypocrisy of such countries and proved that their policies are in line with cooperation with terrorists and serving the interests of the Zionist regime.

Maliki, for his part, appreciated the Islamic Republic’s principled stances on regional issues, especially the crises in Iraq and Syria, noting that Tehran’s policies have always been directed at supporting the Resistance and a real fight against terrorism.

Secretary of Iran’s Supreme National Security Council (SNSC) Ali Shamkhani in a meeting with Maliki cautioned that the US is troubling Iraq’s Mosul liberation operation in a bid to prolong the security problems in West Asia.

Noting that the ISIL’s collapse started in Iraq after the army kicked off operations to free Mosul, he said, “Certainly, the operations will continue to the end with the Iraqi army and popular forces’ determination and the Takfiri terrorists will find no more chance to recruit and hatch new plots.”

The Iraqi officials have always hailed Iran for its genuine supports for this Arab country in the battle against the Daesh (ISIL) terrorist group and undoubtedly Maliki’s visit to Tehran would play a pivotal role in reinforcing Tehran-Baghdad relations.