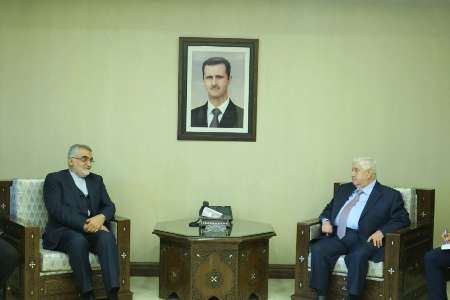 The Iranian delegation also met with Syrian parliament Speaker Hadiya Khalaf Abbas on issues of mutual interest as well as expansion of parliamentary cooperation between the two countries.

Boroujerdi also congratulated him on recent military victories of the Syrian army in Aleppo.

During his stay, the Iranian envoy is to confer with the Syrian officials on issues of mutual interest and regional developments.