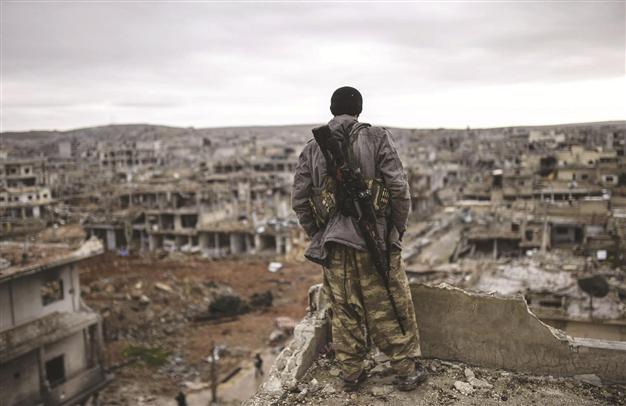 Syrian militant groups threaten to pull out of peace talks

Press TV- Syrian militant groups have threatened to freeze negotiations over their participation in the upcoming peace talks in Kazakhstan over claims of violation of a nationwide ceasefire.

The announcement was made via a statement released on Monday that warned further advances made by Syrian government forces would also end the ceasefire currently being upheld in the country.

There are also reports that some of the militant groups have fully halted talks over their participation in the Kazakhstan negotiations.

The nationwide ceasefire deal between militants and the Syrian government, backed by Russia and Turkey, came into force on Friday. Daesh and the Jabhat Fateh al-Sham are not part of the truce. Since the truce came in to force, there have been multiple claims of its violation by all participating parties.

The upcoming peace talks, mediated by Russia, Turkey, and Iran, are to be held in the Kazakh capital, Astana. The three countries successfully implemented a similar accord earlier in December following the defeat of militants in the northwestern Syrian city of Aleppo.

The militants’ statement was signed mostly by groups affiliated to the so-called Free Syrian Army, and claimed that most of the violations were reported in an area northwest of Damascus, where government forces are engaged in operations against the Fateh al-Sham terrorists group that has taken control of the capital’s main water source.

On Thursday, the United Nations warned that four million people in the Syrian capital city had been deprived of safe drinking water supplies for over a week after springs outside the city were deliberately contaminated by the terrorists.

Water supplies from the Wadi Barada and Ain al-Fija springs to the northwest of Damascus, which served 70 percent of the population in the city, were cut after water facilities were deliberately targeted and damaged, the UN announced in a statement.

Since March 2011, Syria has been gripped by militancy it blames on some Western states and their regional allies. The Takfiri terrorists operating in the Arab country have suffered major setbacks over the past few months as the army has managed to liberate a number of areas from their grip.