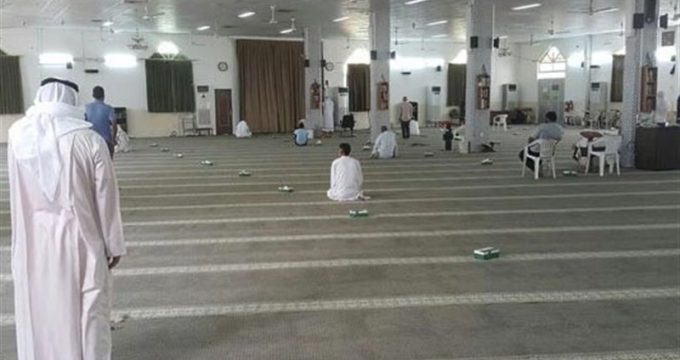 Press TV- A distinguished Bahraini Shia Muslim cleric has condemned the Al Khalifah regime for a ban on holding Friday prayers and the heavy-handed crackdown against prominent figures and followers of the majority religious community in the tiny Persian Gulf kingdom.

He argued that Bahraini authorities banned Friday prayers and detained worshippers while they let Israelis indulge in dancing and singing in the kingdom.

The cleric said such double standards attested to deep rift between the Bahraini regime and the nation.

A recent video showing members of an Israeli delegation dancing in Bahrain while singing songs about demolition of the al-Aqsa Mosque compound in the occupied East Jerusalem al-Quds has seriously hurt the feelings of all Muslims, Sheikh Daihi noted.

The senior Bahraini cleric went on to say that the ruling Al Khalifah regime’s ban on Friday prayers has been in effect for the past six months, adding that all sermons, which carry the message of unity and esteem for the Bahraini nation and Muslim societies, have been declared unlawful.

The Manama regime has been intensifying crackdown on Shia Muslims in Bahrain. Authorities stripped the country’s most prominent Shia Muslim cleric Sheikh Isa Qassim of his citizenship on June 20, 2016.

They are demanding that the Al Khalifah dynasty relinquish power and let a just system representing all Bahrainis be established.

Manama has gone to great lengths to clamp down on dissent. On March 14, 2011, troops from Saudi Arabia and the United Arab Emirates were deployed to Bahrain to assist the Manama government in its crackdown.