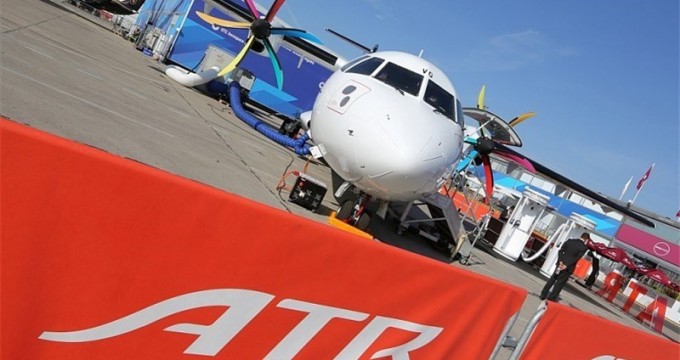 Tasnim – Iran is going to finalize a contract with ATR aircraft manufacturer on the purchase of 20 turboprops on Wednesday, an Iranian official announced.

Representatives from ATR, a joint venture of Airbus and Finmeccanica of Italy, will arrive in Tehran on Wednesday, January 4, to hold the final round of business negotiations on the multi-million-dollar contract, Asghar Fakhrieh Kashan, a deputy minister of road and urban development said on Saturday.

If things go right, a $400-million contract on the purchase of twenty 70-seat passenger planes will be finalized on Wednesday, he added.

The deputy minister noted that 5 planes are expected to be delivered to Iran’s flag carrier airline, Iran Air, by the end of the current Iranian year (March 20, 2017).

According to Fakhrieh, the new planes will be flown in domestic flight routes.

An initial agreement on the purchase of the ATR planes was reached during Iranian President Hassan Rouhani and his accompanying business delegation’s trip to Italy in January 2016.

In the same month and during President Rouhani’s visit to Paris, Tehran also signed a major contract worth about $27 billion with Airbus to buy 118 planes.

Iran and Airbus intensified business negotiations in October following the US decision to remove a final hurdle for Western aircraft manufacturers to sell planes to Iran under contracts signed after coming into force of the Joint Comprehensive Plan of Action (JCPOA), a nuclear agreement between Tehran and the Group 5+1 (Russia, China, the US, Britain, France and Germany).

While Western plane makers are impatient to begin trade with Iran, Washington still demands that even non-American manufacturers wishing to sell to Iran obtain an export license if their products include materials made in the United States. Airbus, based in Europe, buys more than 40 percent of all its aircraft parts from the US.

Iran sealed another deal in June worth around $25 billion with the US aerospace heavyweight, Boeing, for the purchase of 100 passenger planes.

In December, the deal with Boing was finalized, allowing Iran to buy 80 planes within 10 years. The first deliveries are expected in 2018.