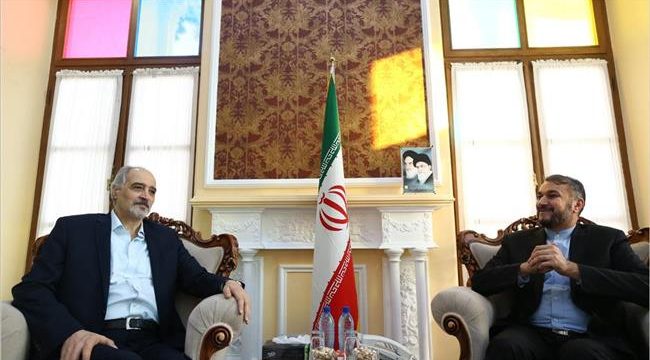 Press TV- An Iranian official has warned against the repercussions of continued support for terrorists in Syria, saying playing the card of terrorism is tantamount to playing with fire.

He stressed that intra-Syrian dialog is the best political solution to the conflict that has gripped the Arab country for nearly six years.

“Tehran will continue its effective support [for Syria] until a political solution is achieved” in the Arab country, he said.

Amir-Abdollahian also felicitated the Syrian government and nation on the recent liberation of the city of Aleppo.

“The resistance and steadfastness of people, resistance fighters and the Syrian army in the city of Aleppo resulted in the defeat of Takfiri terrorists, and now the international community should speed up the delivery of humanitarian aid to Aleppo, al-Fua’a, Kefraya and other conflict-stricken areas,” he said.

For his part, the Syrian diplomat described Iran as Syria’s ally in the battle against terrorism and lauded the Islamic Republic as a front-runner in the campaign against Takfirism and terrorism.

Jaafari stressed that the crisis in Syria could end only if the international community supported the Damascus government in its fight against terror.

He also extended his country’s gratitude to Iran over its support for the Syrian government and nation.

The Syrian army announced on December 22 that government forces had wrested full control over Aleppo after the last batch of civilians and militants were evacuated from the city.

On Wednesday, Turkey and Russia agreed on a proposal for a nationwide ceasefire in Syria. They aim to put the ceasefire into effect by midnight on Wednesday night.

Moscow and Ankara represented the Syrian government and militants respectively at the negotiations.

Russia, Iran and Turkey said last week they were ready to help broker a peace deal after holding talks in Moscow, where they adopted a declaration on agreed steps to revitalize the political process to end the Syrian crisis.

The three countries agreed that the priority in Syria was to fight terrorism and not to remove the government of Syrian President Bashar al-Assad.