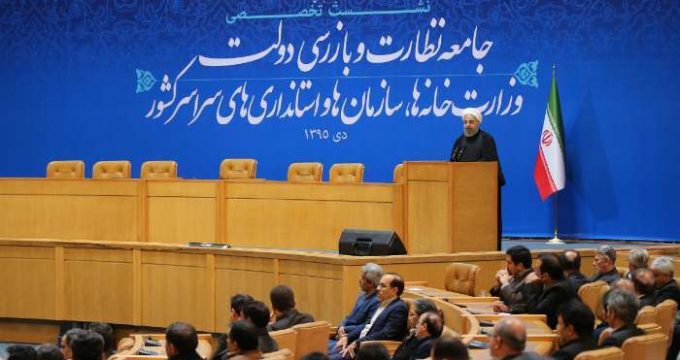 IRNA – President Hassan Rouhani here on Wednesday said the government should do its utmost not to lose public confidence.

Speaking in a local gathering, President Rouhani underscored that the Iranian government attaches great importance to supervision and inspection in running the country.

He reiterated that lack of supervision would increase the likelihood of corruption in the society.

‘In cases of financial corruption, if the questions raised by people are not propely answered, then the government loses public confidence which is worse than losing billions of dallars,’ said the president.

The Islamic Republic biggest property is its social asset, the president added.