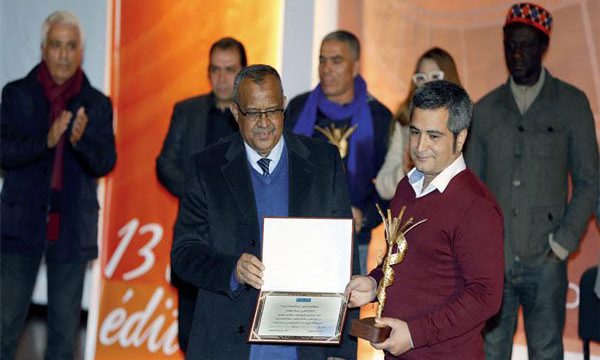 ‘A Minor Leap Down’ wins 2 awards at Moroccan filmfest.

MNA– ‘A Minor Leap Down’ won the Best Film and Best Actress Award at Zagora International Festival of Trans-Saharan Film on Monday.

First debut by Hamed Rajabi, the film narrates the story of a thirty-year-old woman, Nahal, which spends her fourth month of pregnancy. During a routine check-up she learns that her baby has died and she now faces a curettage abortion in two days’ time. When she tries to address the subject, neither her mother nor her husband give her a chance to speak.

The Zagora Association for Transaharan film is a film festival held in Zagora, Morocco. The festival is curated by international and national figures of cinema, with a varied scheduled program each year. As well as holding a feature film category, the festival holds space for young people toe explore filmmaking through workshops, moderated by experts.