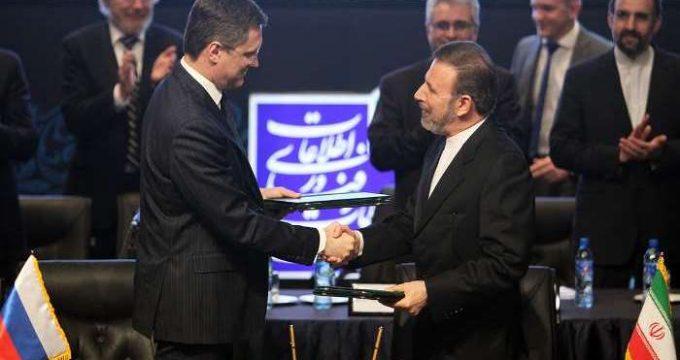 Iranian Diplomacy- From 11th to 13th of December, Tehran was host to a high-ranking trade delegation from Russia who had traveled to Iran to attend the 13th Session of Iran-Russia Joint Economic Commission. Russian Energy Minister Alexander Novak, Minister of North Caucasus Affairs Lev Kuznetsov, and ambassador to Tehran Levan Dzhagaryan were among Russian officials who attended the summit, along with three-hundred Russian businesspeople from 180 major companies.

The joint commission in Tehran and the remarkable turnout of Russian companies indeed attests to a mentality shift among the economic sector of Iran’s northern neighbor. Up until a few years ago, it would take much effort and energy to convince Russian business sector to bring their southern neighbors, including Iran, on their radar. Moscow had established extensive economic ties with American and European countries during the recent years in order to revive its economic power. However, much of these collaborations came to a halt after Ukraine’s Euromaidan developments and consequent sanctions imposed by Western countries against Moscow, leading to Russia’s disillusionment. With such restrictions at work, Moscow has inevitably faced towards new partners, including Iran and its sizeable market.

An interesting feature of the 13th joint Iran-Russia economic forum was the significant coverage it received by Turkish media. Understandably, closer Tehran-Moscow economic ties will have implications for Iran’s other major trade partners, including not only Turkey, but also EU, China, and United Arab Emirates. They could also provide Tehran with a much-needed leverage in its interactions with these countries. From an Iranian point of view, collaboration with Russia should be seen as an opportunity to be appreciated.

Developments in the past couple of years has given both Tehran and Moscow a chance to rethink their ties and go beyond stereotypes that have served as an stumbling block in improving relations. Despite opportune circumstances and welcoming rhetoric of leaders of the two countries, Tehran-Moscow ties have stagnated at a certain level. With geopolitical developments of the region (most important of all in Syria and recapture of Aleppo) bringing Tehran and Moscow closer, not only the trade sector, but also tourism plus technological, scientific, and academic fields could witness improvement. After all, Tehran should not put all its eggs in one basket, that of the West and a handful of Western countries. For Iran, diversification of international partners could create significant diplomatic leverage and provide an opportunity to play between the gaps in order to serve national interests in the best way possible.

* This article was originally published in IRD Persia. Ahmad Hosseini is Eurasia research fellow at Iran’s Ministry of Foreign Affairs. The English version has been abridged and modified.