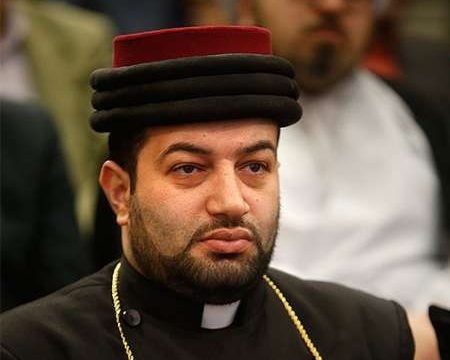 Assyrian Patriarch: People from all walks of life enjoy security in Iran

IRNA – Patriarch of the Assyrian Church for eastern Iran Marnier Sai Benyamin said on Monday that the Islamic Republic of Iran is a safe country and security is furnished to people from all walks of life including religious minorities.

The Assyrian leader expressed indignation at mass killing of Assyrians in Syria and Iraq by Daesh terrorist group and appealed to the international community to thwart menaces of terrorism.

‘Any person, political party or wing should be prevented from harming the people under the name of religion.’

Both in Iraq and Syria there are many Assyrians, Christians, Shia or Sunni Muslims targeted by Daesh and forced to migrate to other regions, he said.

‘We do appreciate the Iranian supreme leader, the government and police forces for current security in the country,’ he said.