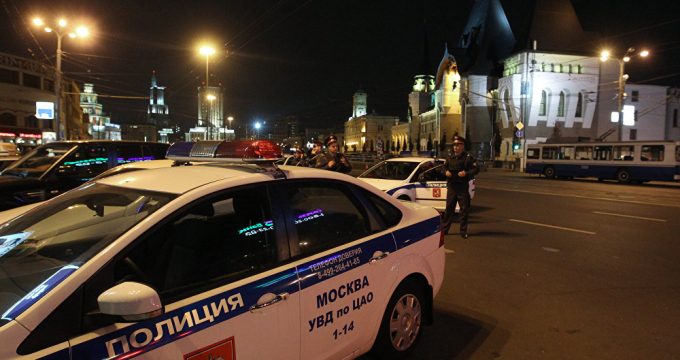 Up to 3,000 people evacuated from Moscow railway stations amid bomb threats

Sputnik News– Up to 3,000 passengers and staff members have been evacuated from Kazansky, Leningradsky and Yaroslavsky railway terminals in Moscow amid explosion threats, a source in emergency services told RIA Novosti on Monday.

“Phone calls warning of bombs at the Kazansky and Leningradsky railway stations prompted evacuations of a thousand of people from each site. Further 750 people were evacuated from the Yaroslavsky station. We are waiting for explosive-sniffing dogs,” the source said. The three railway stations are located very close to each other and serve as a key transport hub for thousands of people commuting to work in Moscow every day.