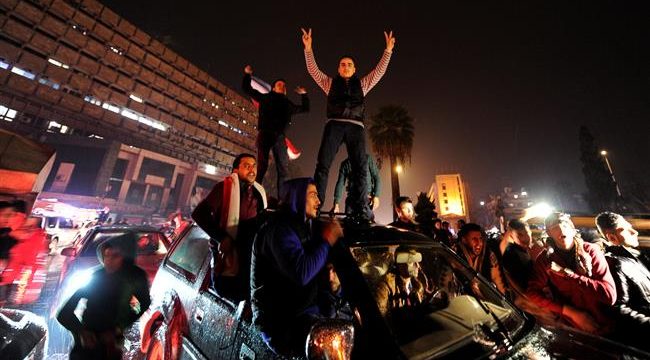 Al Monitor- The costs of the war in Aleppo have been catastrophic, but the city’s Christians are seeking inspiration and hope in the Christmas season.

Jesuit Priest Ziad Hilal, who represents Aid to the Church in Need, a Catholic nongovernmental organization in Syria, told The Christian Post, “Despite the harsh conditions the people of Aleppo are enduring, [for both] Christians and Muslims, Christmas brings the hope for peace that we have missed for the last five years. Although many churches have been destroyed in Aleppo, the bells of the other churches will sound and hope they bring us peace,” he said.

Patriarch of the Syriac Catholic Church of Antioch Ignatius Joseph III Younan reported that half a million Syrian Christians, a quarter of the community, have fled as a result of the war and 140 churches and monasteries have been abandoned, vandalized or destroyed throughout the country.

In September, Pope Francis said that those responsible for the bombing of civilians in Syria would be “accountable to God.” On Dec. 12, the Pope sent a personal letter to Syrian President Bashar al-Assad appealing for “an end to the violence, and the peaceful resolution of hostilities, condemning all forms of extremism and terrorism from whatever quarter they may come.”

The past year has witnessed a continued assault on the region’s Christian communities by the Islamic State (IS) and other terrorist groups. On Dec. 11, IS bombed St. Mark’s Cathedral in Cairo, the largest church in the Middle East, killing 25 and wounding 49. In March, US Secretary of State John Kerry accused IS of genocide against Christians, Yazidis, Shiites and other groups in Iraq and Syria and throughout the Middle East.