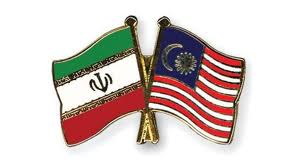 Muhammad said, “Now that sanctions against Tehran are lifted, a suitable opportunity has been provided for return of Malaysia to Iranian oil industry.”
He made the remarks as National Iranian Oil Company (NIOC) and Malaysian state oil company Petronas signed a Memorandum of Understanding (MoU) for studying development of South Azadegan and Cheshme Khosh fields.

“As the US slapped economic sanctions against Iran and in 1995 generalized it into foreign companies present in Iran, Petronoas had no option but to leave.”

He said prior to sanctions against Iran, cooperation between the NIOC and Petronas related to sale and export of crude oil and Iran sold 50,000 to 60,000 barrels of oil to Malaysia on the average per a contract already reached.

One of the key contracts between the NIOC and Petronas was the one concerning a project for development of phase 11 of South Pars which was to be completed in cooperation with French Total and Spanish Repsol and the agreement failed to advance due to sanctions.

According to Bernama, Anuar Taib, executive vice president and CEO of upstream of PETRONAS, said since the Memorandum of Understanding (MoU) served as an important step for both sides, the Petronas is thankful to the NIOC.

Taib said Iran had provided Petronas with an opportunity to grow far more than its current growth in Iraq. “Petronas will transfer its equipment and experts to Iran and wait for successful cooperation with the NIOC.”

Since Petronas has for several years been absent in Iran, which is one of the main oil and gas markets worldwide, the importance of the MoU for Malaysian government and opportunities of investment in Iran, especially in its oil and gas sectors, by foreign companies  can be proved.