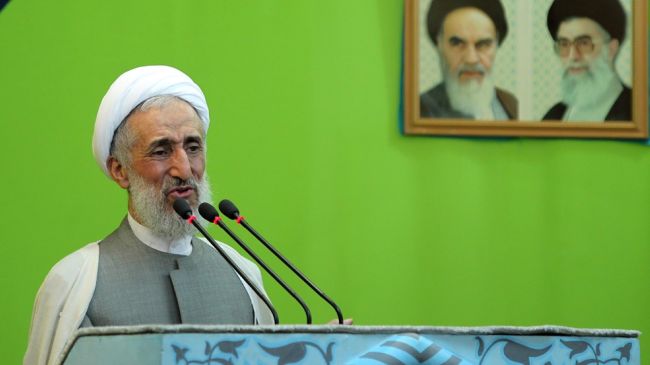 Tasnim– A senior Iranian cleric hailed the recent recapture of the northwestern Syrian city of Aleppo as a victory of Islam’s fighters against arrogant powers.

The major and hegemonic powers, with all their wealth and capital, failed in the face of the resistance of Islam’s fighters, the cleric stated.

He further described the recapture of Aleppo from terrorists as a cultural and ideological triumph and a victory for the Islamic Revolution that isolated the arrogant powers.

In a statement on Thursday, Syria’s army announced it has regained full control over Aleppo, clearing the city from foreign-backed terrorist groups after more than four years of fighting.

In the statement, Syria’s General Command of the Army and Armed Forces said the Arab country’s forces have returned security and stability to Aleppo.

The return of security to the city is a strategic development and a milestone in the fight against terrorist groups and their supporters, it added.

This victory underscored the power of the Syrian army and its allied forces and an end to the campaign against terrorist groups and a starting point of a new stage to defeat terrorism on Syrian soil, according to the statement.

On December 15, Syria had announced the liberation of Aleppo, with President Bashar al-Assad praising the victory as “history in the making and worthy of more than the word ‘congratulations’.”

The Syrian security forces encircled Aleppo on July 17 after closing off the last terrorist-controlled route into the city.