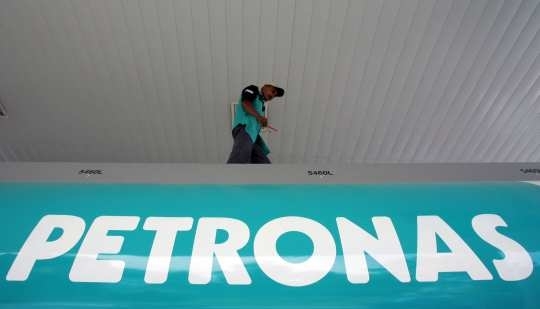 Petronas signed a memorandum of understanding to assess the South Azadegan and Cheshmeh Khosh oil fields, Gholam-Reza Manouchehri, deputy director of the National Iranian Oil Co., said at a signing ceremony in Tehran on Wednesday. In the past month, Iran has signed up Royal Dutch Shell Plc to Russia’s Gazprom Neft PJSC and Total SA to study its oil and gas potential after sanctions on its economy were eased in January.“We will be happy to work with the NIOC,” Anuar Taib, executive vice president and chief executive officer of upstream for Petronas, said at the ceremony. “We have 40 years of experience in exploration and production so we think we are qualified to do the job.”

The agreement marks a return to Iran for Petronas, which bought crude from Iran before international sanctions were imposed, according to Iran Oil Ministry’s news service Shana. The study of the two oil fields will take six months, and should be finished in the second quarter, Petronas said in a statement on its website.

Iran expects Petronas to boost recovery rates at Azadegan, which holds 10 percent of Iran’s crude reserves, Manouchehri said. “The rate of recovery on the oil field is now around 5.5 percent but we are expecting a recovery of up to 20 percent,” he said. Shell two weeks ago signed an agreement to evaluate three of Iran’s largest oil and gas fields, including Azadegan.

Iran will be allowed to pump an additional 90,000 barrels a day under an agreement by the Organization of Petroleum Exporting Countries that takes effect Jan. 1. Its output was 3.67 million barrels a day in November, according to data compiled by Bloomberg.

It is prioritizing the development of shared fields on its borders, where its output has generally fallen behind that of its neighbors due to a lack of foreign investors. The Azadegan field crosses the border into Iraq, where the deposit is called Majnoon. Iran’s output from the North Azadegan and South Azadegan developments is about 120,000 barrels per day, according to Wood Mackenzie.