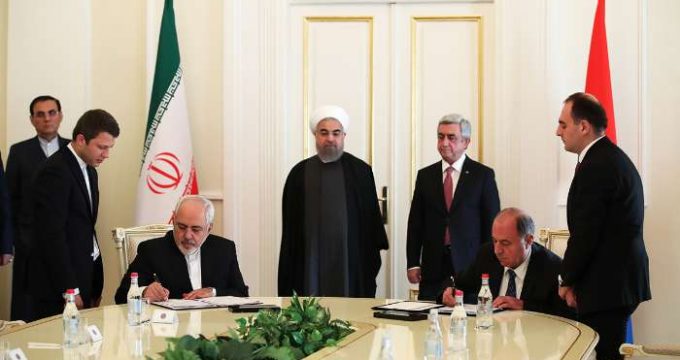 The Islamic Republic of Iran and the Republic of Armenia signed five cooperation documents and memoranda of understanding in the presence of President Rouhani and President Sargsyan.

Iran consulates in Turkey closed for another day

The Embassy of the Islamic Republic of Iran in a statement said all three of its consulates in Turkey will be closed on Wed. following the Mon. terror attack on Russian ambassador to Turkey Andrey Karlov.

Russia-Iran-Turkey statement on Syria to be circulated in UN

A statement adopted by Russia, Iran and Turkey on Syria will be circulated in the United Nations, Russian Presidential Special Representative for the Middle East and Africa, Deputy Foreign Minister Mikhail Bogdanov said on Tuesday.

Iran respecting commitments under JCPOA: US

US State Department Spokesperson John Kirby said Iran is “taking the appropriate actions” to implement its last year’s nuclear agreement with world powers in the right way, stressing that Tehran has not exceeded the limits set in the accord on its low-enriched uranium stockpile.

Manufacturing of the Iranian Navy’s indigenized version of the Phalanx, a close-in weapon system (CIWS) on military vessels used for defense against anti-ship missiles, is in good progress, a top commander said.

Russia says it is drawing up a declaration document that stipulates a roadmap for ending the nearly six years of foreign-sponsored militancy gripping Syria, expressing hope that the text will gain support from Iran and Turkey.

Chairman of the Strategic Research Center at the Expediency Council Ali Akbar Velayati said that the recent Iran, Russia and Turkey talks will lead to peace and coexistence in the region.

The UN special envoy for Syria welcomed the joint statement of Russia, Iran and Turkey on the war-torn country.